Football
News
Nuno Espirito Santo’s side have been drawn against Rennes, Vitesse and Mura in the group stages
Conor Keane
13:47, 27 Aug 2021

The group stage draw for the brand-new UEFA Europa Conference League has been made and Tottenham Hotspur’s European tour this season will seem a long way away from their incredible run to the Champions League final just two years ago.

Spurs will travel to France, the Netherlands and Slovenia as they take on Rennes, Vitesse and Mura respectively. Nuno Espirito Santo’s side will be one of the front-runners to lift the trophy  and the Portuguese manager has a great opportunity to add a first European trophy to his CV and Spurs’ first trophy since 2008.

The north London club will be boosted by talisman Harry Kane’s decision to remain at the club despite reportedly seeking a move to Manchester City. The striker returned to the side in their qualifying second-leg last night and scored a brace, proving he will be key to Nuno’s side in this inaugural tournament. 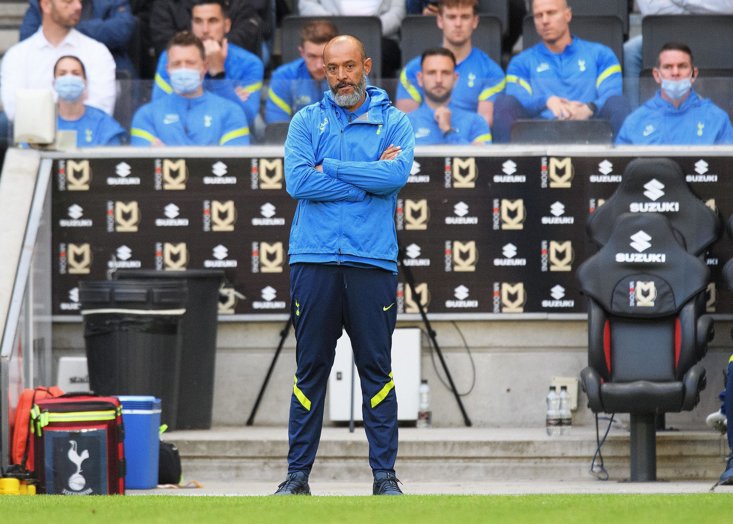 Their ex-manager Jose Mourinho oversees the other early favourites, Roma. On paper, the two sides are the strongest in the entire competition by some distance with both clubs having Champions League experience in recent seasons. Roma’s new striker Tammy Abraham could thrive in the tournament after his big-money move from Chelsea in the summer.

Slovan Bratislava feature in Group F along with Copenhagen and CSKA Sofia. Their new signing Andre Green is set to get his first taste of European competition after swapping League One with Sheffield Wednesday for Slovakia in one of the more bizarre transfers this summer. The other side to make up this interesting group is Lincoln Red Imps of Gibraltar.

Slavia Prague, Feyenoord, and Union Berlin go head-to-head in Group E, which is arguably the tournament’s so-called ‘group of death’.

Though some fans might knock the Conference League, the competition could provide us with some exciting ties in the knockout stages.

You can find the full draw for the Champions League here and the Europa League here. 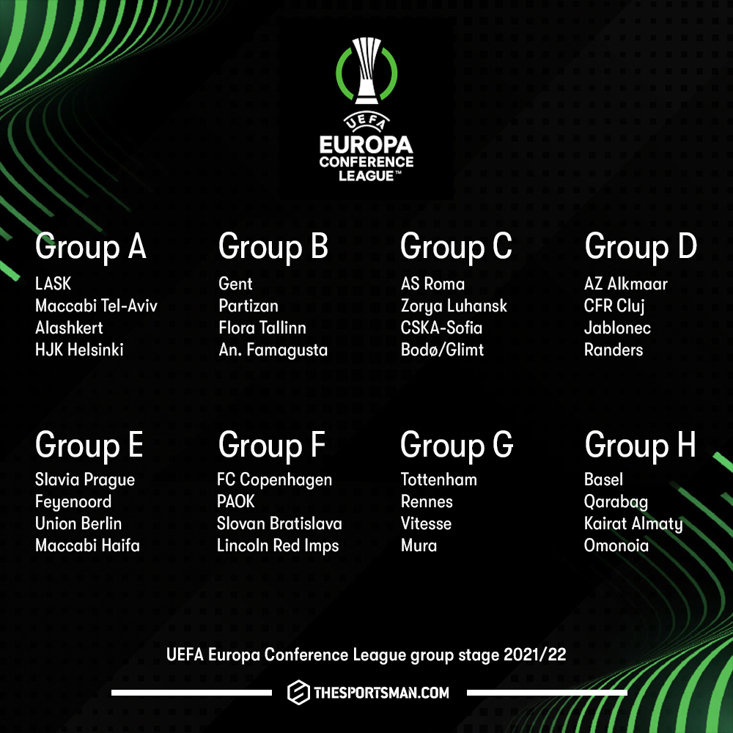