Football
News
Denis Zakaria and Matthias Ginter have the potential to be two of the biggest bargain signings in 2022
Conor Keane
11:32, 14 Jan 2022

As we reach the midway point of the January transfer window, we are still waiting for the Premier League big boys to get the ball rolling. This window is always more difficult to get business done because player prices increase due to the limited amount of time to sell and replace. Too many dominoes come into play and it sees many deals drag out until the end of the month. Clubs will keep an eye out for bargains on high-quality players, and there are two players in Germany that could be very cost-effective either now or in six months’ time.

Borussia Monchengladbach midfielder Denis Zakaria and defender Matthias Ginter are very much in the shop window this month due to the pair refusing to sign a new contract with the Foals, and are subsequently set to leave Borussia-Park at the end of the season. They have both been excellent servants to Gladbach over the years and have gained Champions League experience. They are both high-calibre players who also play at international level, with Zakaria representing Switzerland and Ginter, Germany. The duo may be unfamiliar to Premier League supporters, but they have both been linked with switches to England in recent weeks.

Zakaria has regularly been linked with Manchester United in recent weeks, with Red Devils boss Ralf Rangnick said to be an admirer of the Swiss international. It has been known for a while that United are in desperate need of a new central midfield option to better connect the play between the defence and attack and Zakaria has those attributes. He would make a perfect number six that Old Trafford is crying out for, he has excellent positional awareness and reads the game well to time his tackles and interceptions to perfection.

On too many occasions this season United have been caught out on the break at pace, but with Zakaria they would be well-equipped to deal with such attacks. It isn’t just his defensive work that has him on Rangnick’s radar, as his passing stats are also very impressive.

The 25-year-old boasts a 90% pass accuracy rate in 2021-22, which is considerably better than all the options United have at their disposal. Zakaria is also very comfortable with the ball at his feet and he can use his pace and power to carry the ball forward, which the Red Devils could really use to energise their team. He will be a great loss for Gladbach, but they would prefer to lose him now and gain a fee for him rather than lose him for nothing in the summer. 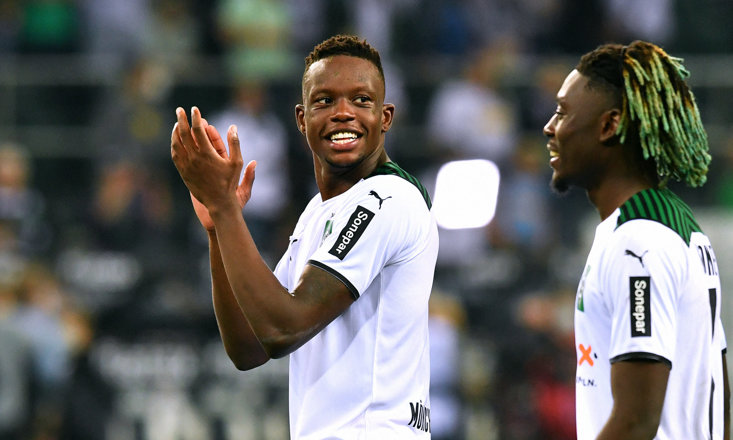 As for his teammate, Ginter is a very impressive central defender and is believed to be on Antonio Conte’s wish list at Tottenham Hotspur. It isn’t surprising as Ginter has been one of Gladbach’s key players over the last four years and like Zakaria, he will be a great loss to the Bundesliga side. He is a regular German international and plays in the heart of Hansi Flick’s back three, which proves how much of an asset he could be in Conte’s system at Spurs.

He is a definite upgrade on the players already at the club and his arrival will add to the signing of Cristian Romero in the summer, and at 27-years-old, Ginter will act as a mentor to the young Argentinian. The defender reads the game excellently and is also very comfortable with the ball at his feet, which is something Spurs will need in Conte’s revolution.

With the Italian head coach already looking dejected by the lack of business this month, a deal for Ginter would not be too expensive as he is into the final six months of his current contract. Chairman Daniel Levy may be looking at the defender as a free agent in the summer, but you get the feeling Conte would want a player of his quality through the door sooner rather than later. And who is to say he will be available in the summer as it is believed his former Gladbach boss Marco Rose wants him at Borussia Dortmund, while Bayern Munich, Inter Milan and Barcelona are also thought to be chasing his services.

These two players would have a great impact in the Premier League and if they move this January or as free agents in the summer, they will be two of the biggest bargain signings in 2022.