The odds were 5000 to one. It wasn’t written in the Premier League script. The manager in charge was a perpetual bridesmaid, who seemed to successively settle for second. The squad was just a seventh of the cost of the decade’s biggest spenders and most dominant force in the country, Manchester City. For one glorious season, this team flipped the tables and defied the sacred rule that the house always wins.

On May 2, 2016, for the first time ever in their 132-year history, Leicester City were champions of England.

This was a team that had only been promoted from the second-tier two seasons prior. Five years before that they had finished in their lowest ever position, when they finished as champions of the third division, League One, in 2009.

Ahead of the 2016/17 campaign, the trust for goals was once again played in that £1million signing from Fleetwood Town, a team that had only shook off their non-league tag in 2012 due to the 31 goals of Mr Jamie Vardy.

Leicester’s midfield was to be commanded by a 5’5” Frenchman that cost them a little over £5m to bring him from Caen, the creative spark to be provided by a £750,000 Algerian winger. By the end of the season both players couldn’t fail to be excluded from the PFA Team of the Season as medal winners. N’Golo Kante would depart immediately for Chelsea in a £32m deal, eclipsing that meagre £5m sum Leicester paid just a year earlier, and Riyad Mahrez was the prestigious Players’ Player of the Year.

For that title-winning season, Vardy would eventually contribute a remarkable 24 league goals to the Leicester cause and hit his own milestone. In November, the then-28-year-old broke the record for scoring in consecutive Premier League games, netting for the 11th successive fixture during a game with Manchester United. That 11-game run produced 13 goals: it had been a sign of things to come. 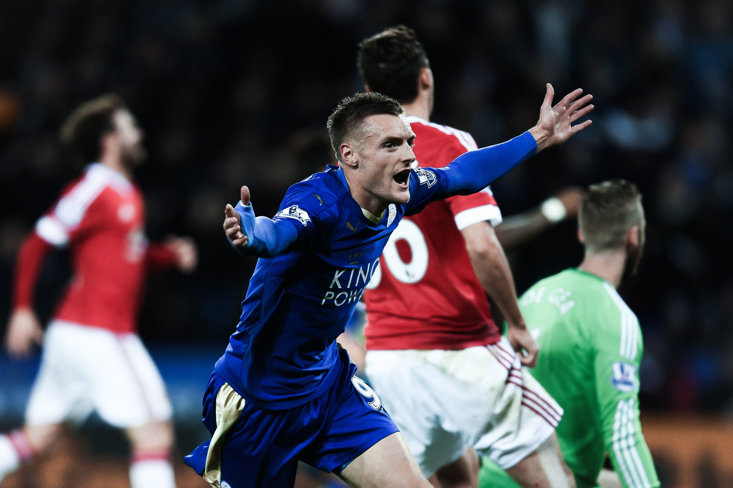 Just over one year prior to making history, on 21 March 2015, Leicester were on a six-game winless streak, before yet another defeat to Tottenham Hotspur at White Hart Lane made it seven. More harmfully with nine games remaining, they were seven points from safety to remain in the top division.

Across the entire campaign they spent 140 days at the bottom of the table and an immediate return to the Championship loomed until they miraculously won seven of those last nine matches under Nigel Pearson to escape the bottom three and remain a Premier League side. The miracles were just warming up.

A turbulent summer when Leicester should have been picking themselves up, dusting themselves off ready for a stronger survival fight in the upcoming season instead saw Pearson depart the club after his son James was one of three players involved in a scandal while on tour in Thailand.

Into the King Power Stadium came 63-year-old Claudio Ranieri, a four-time runner-up in the Premier League, Italian Serie A, and French Ligue 1. His journey with Leicester City would produce his first ever title triumph in his 30-year managerial career, which he later celebrated by having lunch with his 96-year-old mother in Italy. In a retrospect of that season ‘The Tinkerman’ stressed, “I am no magician. I am a normal man who works with passion, with love.”

In 2020, discussing the top ten Premier League managers with regular Match of the Day cohorts Ian Wright and Alan Shearer, former Foxes’ player and fan Gary Lineker expressed the emotion of experiencing that most unexpected journey come towards its conclusion on that day in May.

“Honestly, people ask me what is the best sporting moment of my life,” said Lineker, “It wasn’t playing, it wasn’t winning the FA Cup, it was actually when Leicester won the league.”

“It was magical the last few weeks. I spent it with my boys - three of them are Leicester fans - and most of Leicester’s games were always on a Sunday towards the latter stages as the games were moved for live TV. We used to sit and watch it and it was agonising, every week. The closer it got, the more agonising it got. You thought, ‘If it doesn’t happen now, if it doesn’t happen with this lead we’ve got, it’d be the worst thing ever’.” 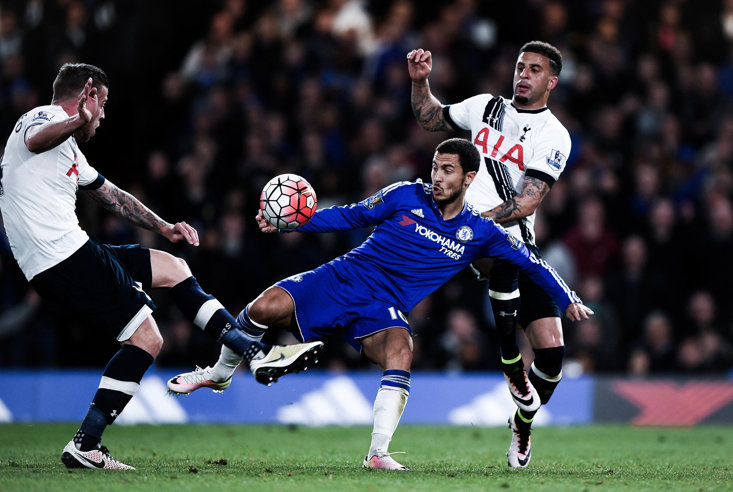 Leicester weren’t playing on the day they won the league. It was Chelsea versus Tottenham at Stamford Bridge. Spurs, the Foxes’ nearest competitors, needed to win. Dropped points would see the title arrive at the King Power. Tottenham went 2-0 up thanks to Harry Kane and Son Heung-min before Gary Cahill pulled one back for the home side. And then - in the 84th minute, six from time - Eden Hazard bent a beautifully instinctive looping shot into the top corner past diving Spurs’ keeper Hugo Lloris: 2-2.

“That was the most wonderful, best sporting moment in my entire life. You can take away winning the FA Cup... tears were rolling down my cheeks,” Lineker described. The Match of the Day host had later duly adhered to his early-season promise to present the BBC’s flagship football show in his underwear should Leicester emerge as champions.

Meanwhile, on that Sunday, the Leicester players were camped out at the house of their talisman Vardy in Melton Mowbray. Amidst the celebrations and unadulterated revelry, Wes Morgan, the Foxes’ skipper, superb all season, managed to say, “It’s the best feeling of my career and I couldn’t be prouder that it’s as part of this team. Everyone’s worked so hard for this, nobody believed we could do it, but here we are, Premier League champions and deservedly so.” 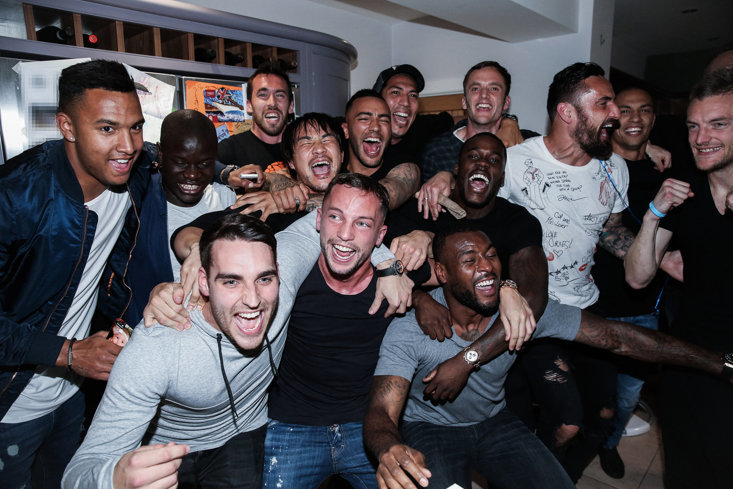 The commentator on that day, Martin Tyler, described it best as the final whistle blew at Stamford Bridge, and Leicester City were Kings of England: “The greatest story ever told, has its happy ending.”