Football
News
The decision for the Championship to return when England play makes no sense
Kris Voakes
13:00, 06 Dec 2022

Oh, the EFL. Home to 72 of the best-supported clubs anywhere on the continent, with the Championship boasting the third-highest aggregate attendance in the whole of Europe over recent years. The breeding ground for future Premier League stars and clubs with a dream to make it to the top.

It’s had a few weeks off, you know. Sunderland’s 3-0 victory over Millwall on Saturday was the first Championship game to be played since November 13, with the decision made to schedule three blank weekends during the World Cup due to the volume of players heading to Qatar.

That scheduling has really helped, since it allowed Blackburn Rovers, with their – checks notes – zero World Cup participants, to go four weeks between games rather than face Preston North End, who would be without their zero absentees.

What about Millwall v Wigan Athletic? Zero and zero. Hull City and Rotherham United? You guessed it. Goose eggs.

The good news is that the Championship is back on Saturday. Birmingham City head to Blackpool, Middlesbrough host Luton Town, it’s Stoke City v Cardiff City in Staffordshire, while Norwich City travel to Swansea City. Oh, and Millwall get to host that game against Wigan that they absolutely couldn’t play while Poland were facing Saudi Arabia.

The problem is that every one of those 3pm kick-offs involve fans travelling back after 5pm finishes ahead of England playing a World Cup quarter-final two hours later. Even if the matches were brought forward by a few hours that would only get the majority of away fans back in front of their TV sets in the Blackpool-Birmingham example, while creating early-morning travel mayhem for pretty much every away fan involved.

It all begs the question… what was the actual point of the Championship having a World Cup break? It certainly wasn’t with fans in mind, and it barely seems believable that teams have truly benefited. 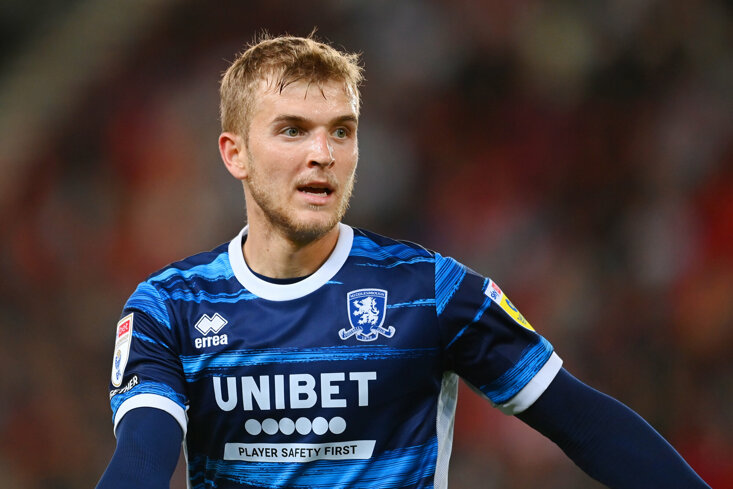 WAS RILEY McGREE'S PARTICIPATION IN QATAR WORTH THE WHOLE LEAGUE BEING PUT ON HOLD?

Only 26 players in the entire division were chosen for their countries, while just 11 made it as far as the round of 16. Why couldn’t the league have played through in the same way that Leagues One and Two have? Those who had three players away with their countries could have triggered the long-lasting EFL rule which allows them to postpone fixtures. And for the benefit of any doubt, Swansea City and Reading were the only clubs to have a trio of their players picked for the World Cup.

Why should Middlesbrough be asked to play without Riley McGree or Norwich do without Josh Sargent? Probably the same reason League Two Swindon Town had to forgo the services of Jonny Williams and League One Portsmouth were robbed of Joe Morrell.

In all of this rush to make it look like the EFL is being accommodating, the organisation has shat on match-going fans once more. ‘Have the day off to watch Tunisia v Australia or Netherlands v USA, but when England have a do-or-die quarter-final we want you travelling from Norwich to Swansea and back, thank you very much.’

‘Oh, and those weekends off? We’ll make up for them with a load of long-distance midweek fixtures that will cost you overnight stays and time off work.’ That’s the thanks you get for being the most dedicated non-top-tier fans on the continent.

The EFL gets bashed from pillar to post, often over minor things. But in this case they have well and truly dropped the ball.

It was not particularly unforeseen that England would win their group and beat the runners-up of a weak-looking Group A. That was always going to give them the Saturday 7pm slot, so why couldn’t the schedule have been built around England and Wales’ fixtures in order to best cater to fans rather than the randomiser that was a three-week hiatus which sat supporters and players alike on their backsides with nothing to do but plan midweek trips to Middlesbrough and Millwall next February?