With the goals of Frank Lampard paired with the leadership abilities and all-round game of midfield maestro Roy Keane in our all-time Premier League XI, that left one spot that needed to be filled. The creative midfielder. The one who could pull the strings and really get this team playing.

For us, that man has to be Paul Scholes. The Manchester United man won a ridiculous eleven Premier League titles as Sir Alex Ferguson dominated English football with a ginger magician key to everything his team did. We will wax lyrical about Scholes and his utter brilliance later on today, but this decision wasn’t an easy one, given the talent that has graced the Premier League.

We have already had the Frank Lampard vs Steven Gerrard debate, and Scholes’ name is often thrown into that argument, but for us this was more about creative midfielders. David Silva, arguably Manchester City’s greatest ever player, had a huge impact on the Premier League and that club’s rise to dominance in England when he joined from Spain.

Along with Vincent Kompany and Segio Aguero, he formed the spine of a side that won everything in English football over a decade. His left foot is one of the best we have ever seen and he thrilled the Etihad faithful with every touch. Another name not to be overlooked was Arsenal’s Mesut Ozil. 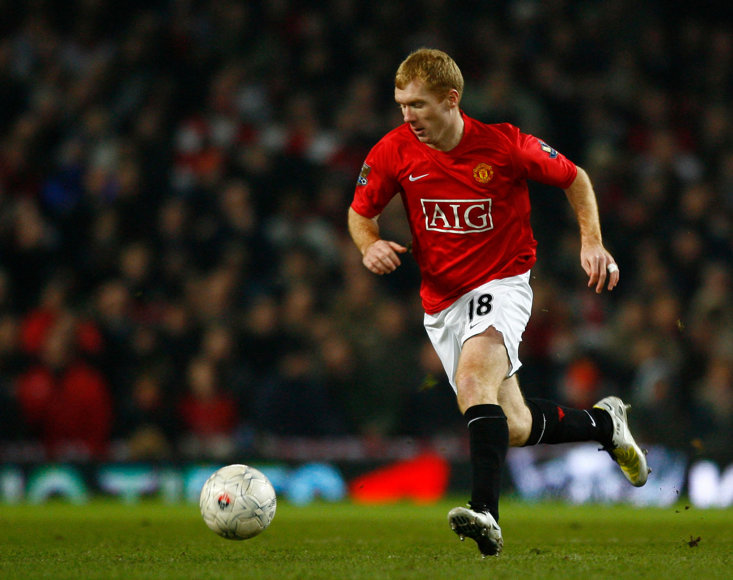 He came to the Premier League with huge fanfare, and for several years, topped the assist charts from midfield. However, he wasn’t a bonafide winner like Scholes and Silva proved themselves to be. Denis Bergkamp was a truly beautiful footballer, but more of a creative forward than a midfielder, paired alongside the unbelievable Thierry Henry.

Luka Modric was a joy for Tottenham Hotspur and Cesc Fabregas pulled off some outrageous passes at times, but the modern name that this debate came up with was Kevin De Bruyne. For many, he is the best player in the league at the moment and there is no doubting that his passing ability is almost unmatched in world football - but he has only spent six years with Man City.

Come the end of his career he could well be compared to Paul Scholes, but for The Sportsman’s greatest Premier League XI, it is the Englishman who slots into the midfield.