KSI and Logan Paul roll into London today for the UK press conference of their hotly-anticipated rematch inside the ring on November 9. The fight itself is set to be one of the most-watched sporting events of the year but the press conference tonight will give us some indication on just how big this event is going to be.

The 3,000 tickets for the press conference at music venue Troxy were snapped up within minutes and fans will be delighted to catch a glimpse of their idols before they do battle in the ring once more and settle the debate that has been raging online ever since that controversial draw last year.

The numbers behind this event are staggering and below we have taken a quick look through some of the best.

This will be the first professional fight in both KSI and Logan Paul’s respective careers. The first bout between them was a white-collar amateur boxing event, where both fighters wore head guards but this time around there will be no such protection.

The number of fans who will be packed into the UK press conference tonight, alongside The Sportsman.

The capacity of the Staples Center in Los Angeles, although with a month to go there are still plenty of tickets left on sale. For football fans that is bigger than the capacity of Swansea’s Liberty Stadium, but not quite as big as Watford’s Vicarage Road.

The estimated amount of money (£) that KSI has earned in the last 30 days from YouTube views alone. He hasn’t uploaded an original video in three months.

The number of pay-per-view buys that the first fight achieved online. That’s the same amount of people as the populations of Liverpool and Manchester combined and only 50 thousand less than the number of people who bought 2018’s Canelo Alvarez v Gennady Golovkin rematch.

For comparison, one of the biggest fights on British soil in recent history, Anthony Joshua v Wladimir Klitschko at Wembley, had 1.53m pay-per-view buys.

The number of subscribers that Logan Paul has. That is more than the population of the fourth-most populous city in the world, Istanbul.

If every person that lives in London, Madrid, Paris, Berlin and Cape Town subscribed to The Sportsman’s YouTube channel, we would still have fewer subscribers than KSI.

The total amount of views both KSI and Logan Paul have had on YouTube. That is simply a baffling number, two billion more than the total population of earth. With these numbers, you can begin to see why this fight is generating such interest.

KSI
@KSIOlajidebt
Hahahahaha oh this is gonna be fun. Welcome back to England @LoganPaul Try not to cry off the stage this time 😂😂 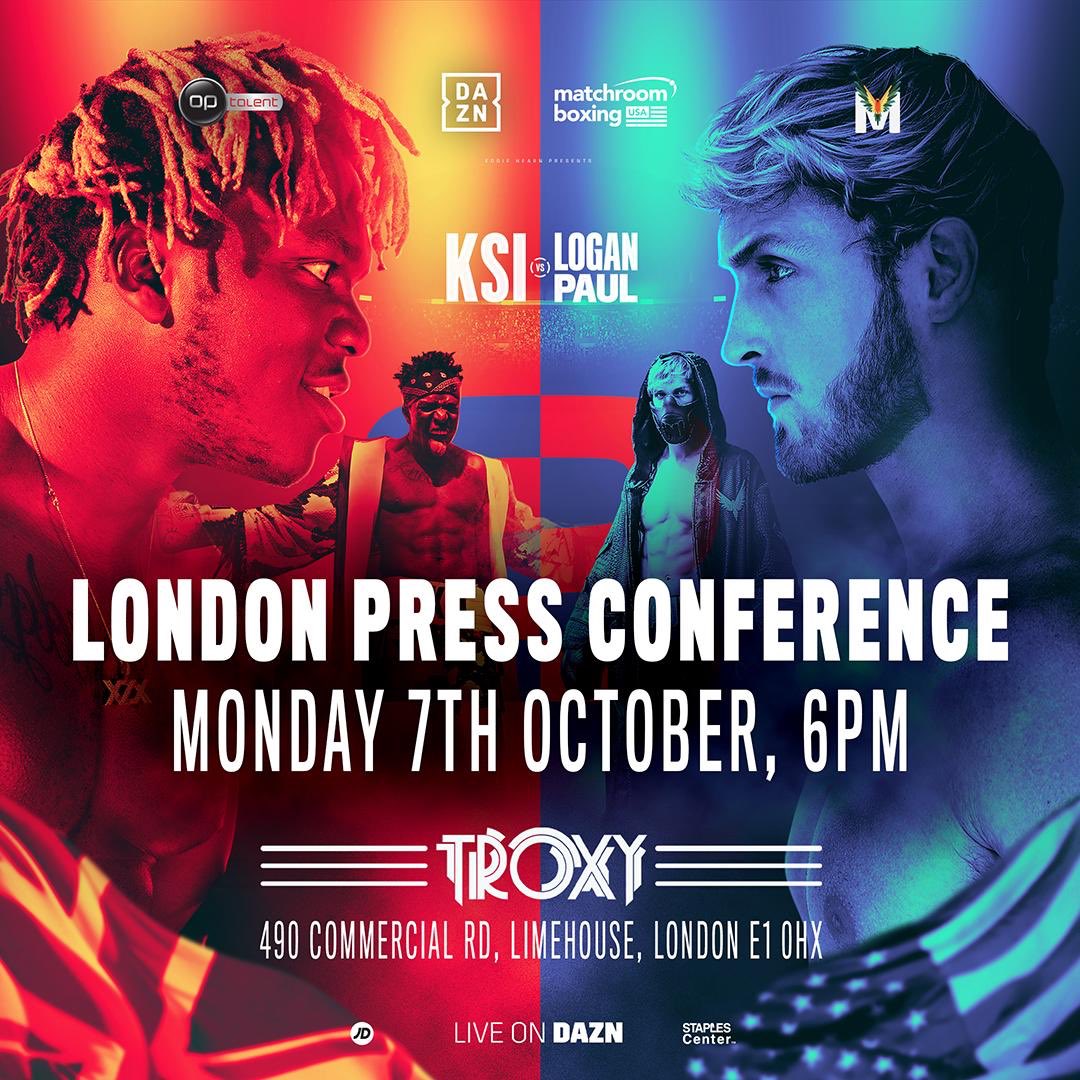