In Martin Odegaard, Real Sociedad have been witness to one of the most compelling storylines of the opening few weeks of the 2019/20 La Liga season. Written off as another failed wonder-kid, the Norwegian has flourished into the superstar he always promised to be, shining on loan at the Anoeta from Real Madrid.

Odegaard isn’t the only former wonder-kid coming good at La Real, though. Alexander Isak is another young player who made a high profile move to a super-club (Borussia Dortmund, in this case) and hastily thrown on the scrapheap when he failed to hit the ground running. Just like his Scandinavian teammate, the Swedish striker is thriving on loan at the Anoeta.

Isak scored the winner for Real Sociedad in the 1-0 away win over Celta Vigo last weekend with the assist coming from Odegaard. That combination could be the key to La Real breaking the top four this season with Isak now deemed to be ahead of Willian Jose in the pecking order. The 20-year-old, who has made just one La Liga start this season, will surely find more game time coming his way in the coming weeks.

Dubbed the new Zlatan Ibrahimovic as a teenager, Isak has always possessed great natural ability, but there is a sense that his €9 million move to Dortmund as a 17-year-old came too soon. Isak was also reportedly wanted by Real Madrid before making the switch from AIK to the Westfalenstadion, but he likely would have experienced the same problems at the Santiago Bernabeu that his now teammate Odegaard did. 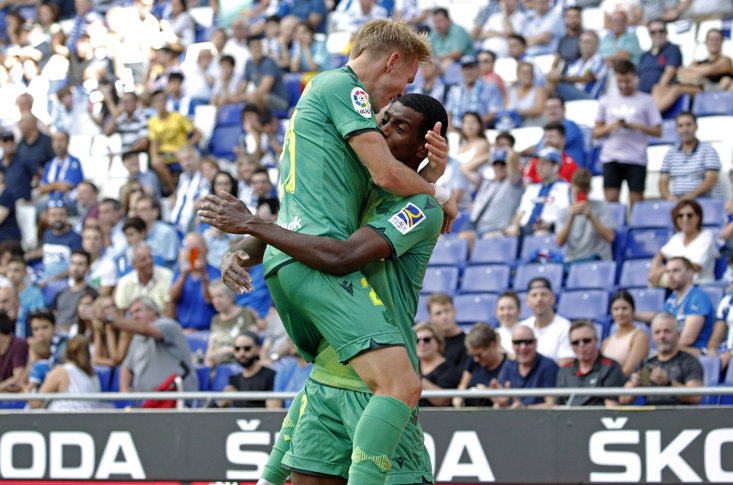 Now, however, Isak has matured both as a player and a person. There is a ruthlessness to his finishing in front of goal and a self-confidence in his persona off the pitch. And at just 20 years old there is plenty of time for Isak to add even more to his game. Playing with Odegaard just behind him will surely bring out more from the Swede.

Under Imanol Alguacil, Real Sociedad have become one of Spain’s most exciting, exhilarating teams to watch this season. Between Odegaard, Mikel Oyarzabal and Portu, they boast the creativity needed to compete at the top end of La Liga and in Isak they might now have the frontman to capitalise on that.

The success of Isak and Odegaard in particular this season presents football with a lesson. Both players needed freedom and space to grow and develop as the players they always promised to be. They were denied that at Dortmund and Real Madrid respectively, but have now found it at Real Sociedad.