Mention the Rumble In The Jungle to someone, and they’ll tell you exactly what happened. That blistering Zaire night where the great Muhammad Ali laid on the ropes for eight rounds, absorbing the punches of ferocious champion George Foreman. Ali eats endless punishment, sitting on the very brink of survival, before launching a lightning-fast salvo to snatch defeat from the jaws of victory. Except, that is not really what happened on this day in 1974.

The famed ‘rope-a-dope’ technique Ali employed in Central Africa has come to define that improbable triumph, but the performance is usually misremembered. ‘The Greatest’ has been miscast as the 1970s Homer Simpson, absorbing blows without resistance before his opponent falls from his own exhaustion more than Ali’s exertions. In fact, the ‘Louisville Lip’ engineered his personal masterpiece at the Rumble In The Jungle, and it was a much more technical triumph than people remember. 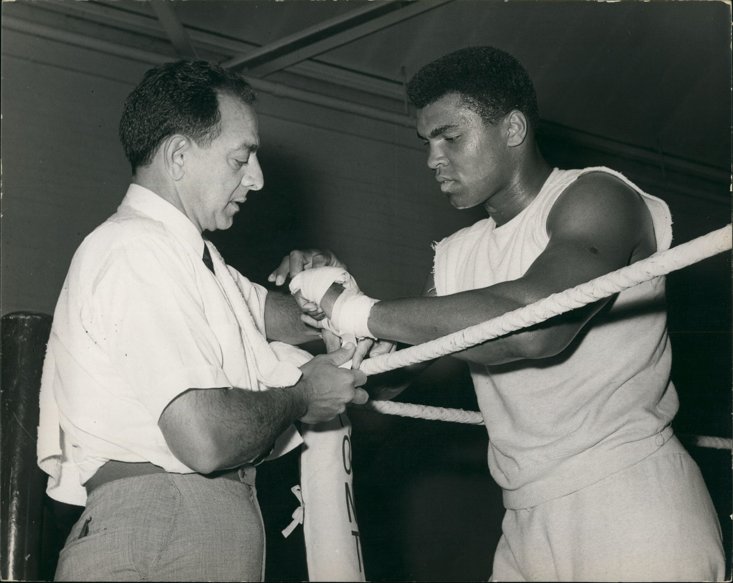 The first round saw a glimpse of the Ali of old, as the dancing destroyer of the 1960s resurfaces to fire rapid combinations into the face of Foreman. A big straight right seems to awaken something in the champion, who bullies Ali back into the ropes. In the first instance of the ‘Rumble’ reality peeling away from the popular myth, Ali immediately resets himself in centre-ring. The tactical manoeuvre most often forgotten with this famous fight then comes into play, with the former Cassius Clay looking to land single shots and hold. Foreman got some clubbing blows away, but Ali took the round.

The start of round two will perhaps be more recognisable to ‘rope-a-dope’ enthusiasts, with Ali backing into the ropes at the bell by choice, rather than under duress. Not immediately successful in his new home, Ali is made to eat a crunching right hand from ‘Big’ George. Another detail often left out of the popular narrative is Ali expertly making Foreman follow him across the ring when the mood takes him. The challenger led his opponent on a merry dance across the ring to the opposite ropes, before settling into position again. Foreman took this round on industry, outworking Ali without truly hurting him. However, the most memorable image from the round is the former champion ripping the incumbent with a left-right combination late on.

Between rounds, Commentator Joe Frazier, former opponent of both men, implores Ali to get off the ropes. Always one to walk his own path, Ali does no such thing. A big combination opens the session, before Ali is back on the ropes. However, this is not a man eating punches and hoping for an opening. ‘The Greatest’ pulls on Foreman, mauling him and blunting the force of his blows. With Foreman struggling to land clean, Ali is free to pop some straights into his face to take the round. The following session sees Foreman come out noticeably slowed from his efforts, and Ali slashes away with yet another lightning combo. Rather than using the ropes to tuck up, here the ‘rope-a-dope’ is employed as an offensive mechanism, as Ali leans back and then lurches forward with straight rights whenever Foreman comes close. Contrary to the idea of Foreman dominating the early sessions, I had Ali 39-37 up at this stage.

Round five is probably the most classically ‘rope-a-dope’ session in the whole fight. Unlike the industry and effectiveness of the last round, the fifth is punctuated by Ali beckoning Foreman to throw punches while the former takes them on his high guard. With thirty seconds left on the clock, Ali springs into life and hurts Foreman, who is powerless to prevent a barrage of long-range shots raining into his face. This round could arguably be scored either way, but I gave the edge to Ali because he blocked most of Foreman’s hardest shots, and then had the champion in serious trouble.

The following round saw the challenger take centre ring for the first time in a while, firing three hard jabs into the closing eye of Foreman. After a minute of territorial dominance, Ali retreats to the ropes to conserve energy. Energy is something ‘Big’ George has very little of at this stage, with every punch he throws seeming to take a monumental effort. We’re in real ‘rope-a-dope’ territory now, with Ali neither holding nor throwing, just content to let Foreman’s breathless swings graze him, knowing the champion’s tank is nearly empty.

The gamesmanship continues in round seven, with Ali first adopting the right-hand side ropes as his base camp, before opting to switch to the left while a sleepwalking Foreman tries to follow. Ali pulls Foreman’s head down, making the Texan slugger burn up more energy trying to break free. Now firmly in his element, having won the psychological battle, ‘The Black Superman’ starts mixing up his shots. There are the double-left hooks that Roy Jones Jr would crib two decades later, and a beautiful straight left thrown from the waist. Foreman reminds Ali of his responsibilities with a solid uppercut, but Ali was his physical and mental superior in this session.

As Foreman entered the eighth round of a fight for the first time in four years, Ali was ready to put an exclamation point on this slice of history. Opening the champion up with stunning right hand leads, a last-second dodge from a Foreman reply saw ‘Big’ George nearly fall out of the ring. What followed perhaps made him wish he had. Ali peppered Foreman with combinations, each underlined by those precise right-leads. After Foreman punches himself to a standstill along the ropes, Ali rips in the most famous combination in heavyweight history. The speed, the power, and the restraint not to ruin his magnificent tableau with a final right that remains forever unthrown. Ali wins the ‘Rumble In The Jungle’. The rope-a-dope beats raw power. “Ali Bomaye!”.

What Muhammad Ali did on this day in 1974 was a triumph. Not just as a piece of history, or an incredible underdog victory. But a triumph of not just will, but skill. Technique as well as toughness. Don’t let anyone tell you Ali passively got battered for seven rounds before summoning a miracle. There is so much more to the ‘Rumble in The Jungle’ than the ‘rope-a-dope’.