Rugby League
News
The St Helens head coach insists his side can continue to overcome the odds and make history with a fourth successive Grand Final win
George Riley
16:11, 13 Sep 2022

St Helens coach Kristian Woolf insists his side has the firepower to reach another Grand Final despite the colossal blow of losing Alex Walmsley to a season-ending injury.

The imposing prop is England’s standout forward. His injury is a crushing blow to the nation’s hopes of toppling the Southern Hemisphere superpowers on home soil in this autumn’s World Cup, another big dent in champions St Helens’ injury-ravaged title defence, and a sickening setback for the player himself in his testimonial year.

The 32-year-old will be a frustrated observer this weekend when Saints face in-form Salford Red Devils in the playoff semi-finals, and last month told The Sportsman how he overcame the odds to hit the heights as a professional rugby player.

Departing coach Woolf pulled no punches over the loss of his talisman, but is adamant his champion side can continue to overcome the odds to make history with a fourth successive Grand Final win.

“It’s a big blow,” said Woolf. “He is the best prop in the competition because of what he has been able to do over a long period on such a consistent basis in the big games. That’s what makes him elite.

“There is no other player like him in the impact he has.

“But we have played a number of games without him already which has made us stronger as a group and built our adversity, we have found a way to get through it and will continue to do.

“I have every confidence the players will fill that void and get a bit more out of themselves.”

Saints have been a patched up side for much of the season but could have England centre Mark Percival back to boost their Old Trafford push.

“We are finishing the year with a lot of disruption but I will throw a side out there (against Salford) that I am extremely confident in and we know we can trust them in big games,” Woolf added.

“We are as battle hardened as we can be. The week off has given the players bounce, freshness and a readiness to go.

“This is the time of year you want to still be playing. When you start the grind of pre-season in November your motivator is playing at this fun, exciting time of the year when all the big games come up.” 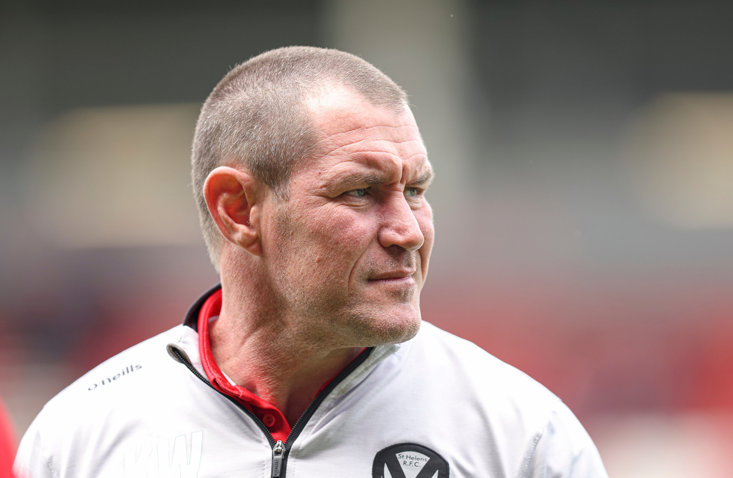 Saturday’s semi-final opponents Salford have been one of the stories of the season, with their gloriously watchable free-flowing attack earning a Coach of the Year nomination for Paul Rowley and firing star man Brodie Croft on to the Man Of Steel shortlist.

But Croft was knocked out in Salford’s win at Huddersfield and his absence massively dents the Red Devils’ hopes. Woolf is keen to point out that Salford having to play without Croft is no different to the long-term absence Saints have adapted to while playmaker Lewis Dodd has been out. He is nonetheless wary of the threat Rowley’s side will bring.

“Salford have had a great finish to the year and exploited us last time we played,” Woolf admitted of a humbling 44-12 defeat at the end of July.

“They move the ball with confidence and we will have to defend our best, and when we do we are very hard to break.

“Four in a row is the drive. It comes up a lot in the media but it is not something we have spoken a lot about recently. Our focus is a semi final against a very confident side who are going to take some beating.”