Tennis
News
The Italian pushed Djokovic all the way in a five-set thriller
Hector Nunns
19:19, 05 Jul 2022

Novak Djokovic insisted that a timely toilet break pep talk to himself in the mirror and years of playing in the most pressurised situations on the biggest grand slam stages combined to help him  overturn a two-set deficit against young Italian Jannik Sinner and pull off a magnificent comeback win to take him into the Wimbledon semi-finals.

The 35-year-old No1 seed is bidding for seventh singles title in SW19, and a fourth in a row. With no tournament held due to Covid in 2020, the last time Djokovic lost a singles match at Wimbledon was five years ago - since then there have now been 26 wins. And he has not lost a match on Centre Court since 2013.

Sinner, 20, played superbly to be two sets up, but a timely break and brief pause for thought and reflection saw the Serb turn the tide in the third set – and having changed the whole momentum of the match he then claimed the next two as well to close out a famous 5-7, 2-6, 6-3, 6-2, 6-2 victory.

“But I went out at the end of the second set, had a little bit of refreshment and a toilet break and gave myself a little pep talk in the mirror – this is actually the truth. The toilet break was the turning point!

“Sometimes in these circumstances where not much is happening positively for you on court and the other guy is dominating the play, these things are necessary. A little break, and a little pep talk to recuperate, and I tried to regather the thoughts and reassemble everything I had and come at the opponent the best you can. 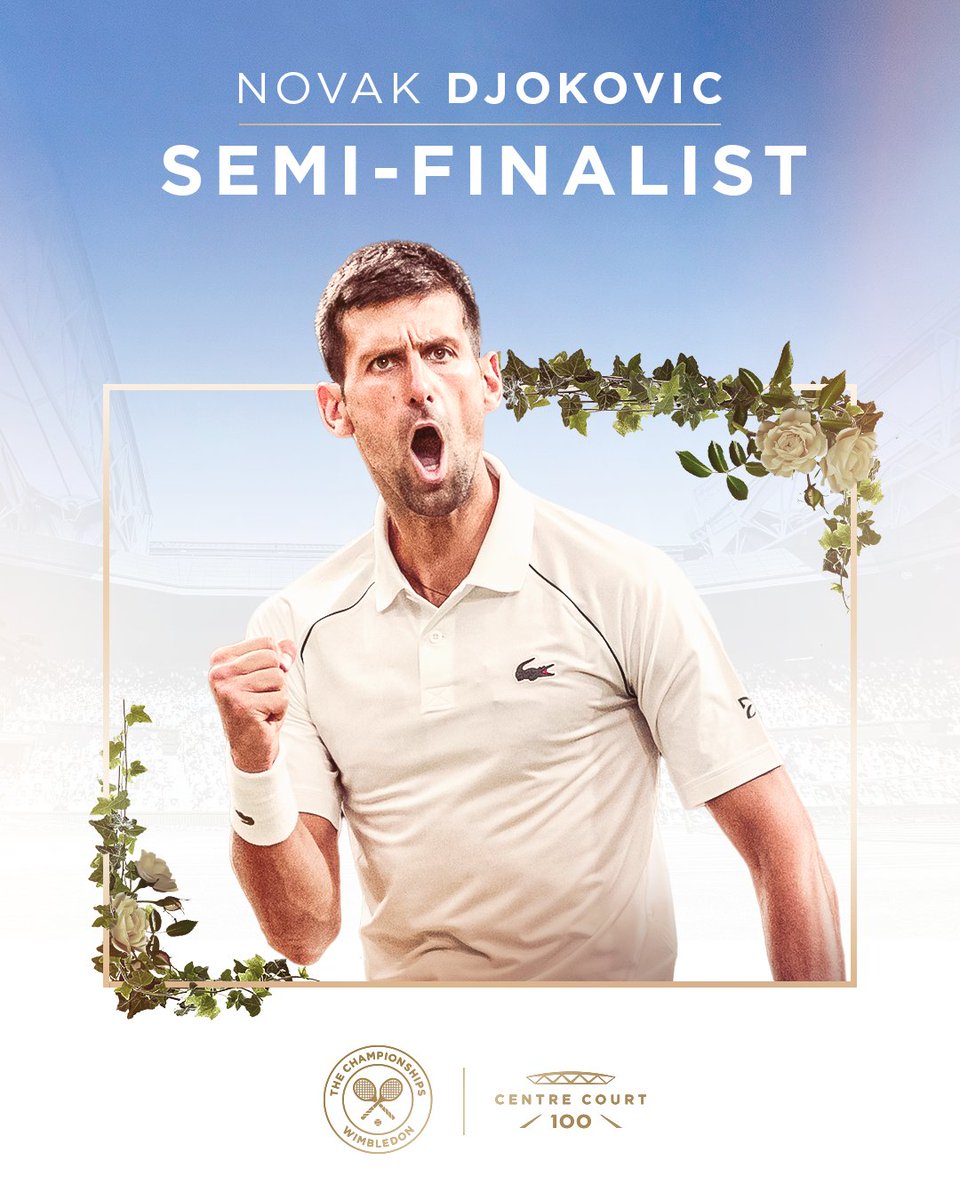 “I was fortunate to start the third set very well, I broke him early in the set and that gave me a confidence boost and I saw some doubt in his game and in his movement. The experience of playing on this stage in many matches helped me deal with the pressure in such big matches.

“Even though I have been blessed to play professional tennis for 20 years and on the big stages, nevertheless I go through those same doubtful moments as anybody else. The inner fight is always the biggest one, on and off the court.

“And if you win that, the external factors are more likely to go your way. I always believed I could turn the match around, I have dome that a few times in grand slams – being two sets to love down.

“I must say huge congratulations to Jannik for a huge fight today, and I am sure there are going to be a lot of opportunities for him on the big stage. He is so mature for his age, he has been established as a top player already for years and has plenty of time. It was unfortunate for him today but he had a very good tournament and I wish him the best of luck for the rest of the year.”

Sinner, the No10 seed who has confounded any thoughts he might struggle on the grass, showed more than enough both in this match and the earlier rounds that he is a slam winner of the future – and perhaps that wait might not be too long.

He said: “It was a tough match, but I knew that would be the case before. I was playing well, and he raised his level during the fourth. I think the fifth I played in the right way, just I missed the final shots. I think I can be proud of what I have done here. Hopefully can give me a lot of confidence for the future.

“I played every match better, even if the opponents were always different. It gave me confidence match after match, so that's good. I think also for the future, coming back here next year can help me a lot. I have learned many things on grass, and that was the reason why we choose to play grass ahead of the tournament. I showed that I can play good tennis.”

Djokovic is 2/7 to win Wimbledon with Betfred*