Boxing
News
The Ukrainian's team have hinted that Usyk could face the Gypsy King in a unification clash instead of rematch with AJ
Seb Parkinson
17:10, 06 Jan 2022

Lapin, a long term friend and integral part of Usyk's setup, believes the undisputed showdown with the Gypsy King has the potential to be an historical night.

“In the near future we will find out the date of the Oleksandr Usyk and Anthony Joshua rematch. But maybe we'll find out something else interesting", he explained on the MyBettingSites blogs.

”Why not assume such an option as Fury-Usyk? It would be interesting for boxing fans, a historical event.

“If you remember a year ago, fans were waiting for a fight for the undisputed world champion in the heavyweight division between Tyson Fury and Anthony Joshua - but literally in a moment, everything changed.

“At this stage, I think everything is possible, everything is constantly changing. The battle for an undisputed champion in the heavyweight division is a very cool event that has not been held for more than 20 years.

“If this fight between my fighter Usyk and Tyson Fury took place, it would really be a confrontation between two guys with high boxing IQ. It seems to me the fight would be more like a chess game, and victory will be in the hands of the one who will perform his task as productively as possible.

“To date, there is no exact information about this fight, but recently I noticed that there is a lot of talk about it. Perhaps we will find out something interesting very soon.” 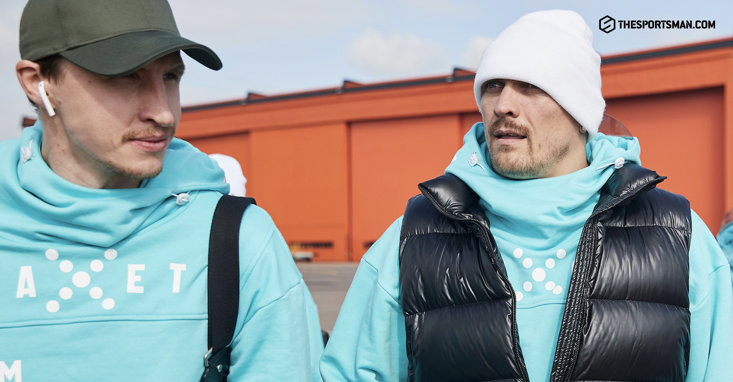 Tyson Fury concluded his trilogy with Deontay Wilder in spectacular fashion, knocking out the brave American in round 11 after both men had tasted the canvas. Fury has reinvented himself under trainer Sugar Hill and used his natural size to drain Wilder's gas tank, leaning his 19 stone frame on his man at every opportunity.

Lapin believes Usyk, the man who unified the titles at cruiserweight, will need to overcome these tactics in order to repeat his achievements in the heavyweight division.

"Usyk is ready for any challenges, especially if he may have the opportunity to combine all the belts in heavyweight, his advantage over other heavyweight boxers is the ability to box, and it's worth a lot. Fury's style can be very dirty, if Usyk copes with Fury's dirty style, then victory will be his.”

x
Suggested Searches:
Manchester United
Liverpool
Manchester City
Marcus Rashford
Premier League
More
boxing
Everything You Need To Know About Ilunga Makabu Vs Thabiso Mchunu
WBC cruiserweight champion Ilunga Makabu will defend his title against Thabiso Mchunu on Saturday night. [ ... ]
boxing
Kell Brook On Fighting Floyd Mayweather And Beating 'Deluded'...
Kell Brook has revealed to The Sportsman his desire to pursue a fight with Floyd Mayweather. ‘Money’ [ ... ]
boxing
Jake Paul Buries Hatchet With Claressa Shields, Could Be Ringside...
YouTube sensation Jake Paul has a ringside seat reserved at Claressa Shields’ world title defence [ ... ]
boxing
Introducing Split Decision: The New Boxing Podcast From The...
Introducing Split Decision, the new boxing podcast from The Sportsman. Every week, host Seb Parkinson [ ... ]
boxing
‘Maravilla’s Going Down!’ McGowan Confident Ahead Of Sergio...
His favourite band is One Direction and that’s the way Macaulay McGowan believes his career is [ ... ]
boxing
Fury Vs Usyk: The Long And Winding Road To Boxing's Biggest...
We’ve been here before. The talk coming out of boxing today is that Tyson Fury vs Oleksandr Usyk [ ... ]
boxing
Anthony Joshua Reportedly Considering 'Step Aside' Offer To...
It is being reported that Anthony Joshua could be on the verge of accepting a ‘step aside’ [ ... ]
boxing
The Baddest Men On The Planet: Francis Ngannou And Ciryl Gane...
UFC Heavyweight Champion Francis Ngannou will clash with Interim Champion Ciryl Gane this Saturday in [ ... ]
boxing
When Roberto Duran Proved He Was Boxing's Greatest Ever Lightweight
Weeks away from immortalising himself as the greatest lightweight to ever step foot inside the [ ... ]
boxing
Rematch Of 2019’s Fight Of The Year Inbound? Five Boxing Stories...
We could be getting a sequel to 2019’s Fight of the Year, Francis Ngannou is eyeing up Tyson Fury [ ... ]
boxing
Everything You Need To Know About Gary Russell Jr Vs Mark Magsayo
WBC featherweight champion Gary Russell Jr will fight for the first time in two years on Saturday, as [ ... ]
boxing
On This Day: Roy Jones Jr Turns On The Old Magic Against Felix...
Boxers don’t always face off when we want them to. Unlike other sports, where league systems or [ ... ]
boxing
As He Faced The Son He Cast No Shadow: Chris Eubank Jr. Must...
Chris Eubank Jr. takes on Liam Williams in the year’s first big domestic dust-up next month at [ ... ]
boxing
''I Shook Up The World!'': The Moment Cassius Clay Truly Became...
On what would have been his 80th birthday, it is only appropriate to pay tribute to the cultural icon [ ... ]
boxing
Terence Crawford Sues Top Rank, Five Boxing Stories You Might...
It’s been another busy week in the world of boxing which has seen lawsuits, new signings and some [ ... ]
boxing
Heavyweight Frazer Clarke To Make Professional Debut On Khan...
Frazer Clarke will make his professional, Sky Sports and Boxxer debut on the undercard to the highly-anticipated [ ... ]
boxing
War Of The Worlds: When Boxers And MMA Fighters Collide
Boxing and UFC’s world heavyweight champions have been exchanging fighting talk on social media [ ... ]
boxing
Brand New Heavies: There's Big Men Beyond Fury, AJ, Usyk and...
The heavyweight division is as stacked as its been at any point since the 1990s. In Tyson Fury and Oleksandr [ ... ]
boxing
World Titles And Returning Kings: 2022 Could Be A Year Of Welter...
The first big welterweight clash of the year is close to being confirmed, as WBC and IBF champion Errol [ ... ]
boxing
On The Regular: The Ridiculous History Of The WBA Regular Heavyweight...
If you’re a long-time boxing fan, you’d be forgiven for thinking the abbreviation WBA stands [ ... ]
boxing
Lawrence Okolie To Move To Heavyweight? Five Boxing Stories...
It’s been a busy first week of 2022 in the world of boxing with Lawrence Okolie looking to mount [ ... ]
boxing
The Sportsman Boxing Power Rankings: January
The Sportsman Boxing Power Rankings is a monthly series ranking boxers on a number of factors to determine [ ... ]
boxing
Floyd Mayweather Lines Up Exhibition With YouTuber Money Kicks
50-0 boxing icon Floyd ‘Money’ Mayweather is set to return to the ring once again in 2022. [ ... ]
boxing
Ortiz vs Martin Can Prove Boxing Doesn't Have To Be Elite To...
Exciting sport is not solely predicated on the elite meeting the elite. While clashes of the world’s [ ... ]
boxing
Boxing's Biggest And Best Knockouts Of 2021: Featuring Fury,...
It’s been a busy half-year of boxing for me, finally getting back out on the road after the various [ ... ]
boxing
Andy Ruiz Jr Next For Tyson Fury? Five Boxing Stories You Might...
The fights may have slowed down to give everyone a Christmas break, but boxing’s powerbrokers [ ... ]
boxing
The Kings & Queens Of Promise: The Boxers To Watch In 2022
2022 already promises so much on the boxing front. Saul ‘Canelo’ Alvarez is set to move [ ... ]
boxing
Five Fights We Want In 2022: Will We Finally See Fury Vs AJ...
What a year it’s been inside the squared circle in 2021. We saw Saul ‘Canelo’ Alvarez [ ... ]
boxing
Where Are They Now? The 2005 ABA National Championship Winners
The roll call of the 2005 ABA National Championship is utterly stacked with talent. The 119th iteration [ ... ]
boxing
Her Ring Too: Women’s Boxing Set For Bumper 2022 After Thriving...
2021 was a banner year for women’s boxing. We saw thrills and spills, upsets and dominations. [ ... ]