Boxing
News
The highly-talented Ukrainian has built a career around fighting on the road
Simon Lillicrap
11:21, 12 Mar 2020

The supremely-gifted Oleksandr Usyk will visit these shores once more as he looks to defend his unbeaten record against Derek Chisora on May 23. Put simply, the Ukrainian is the ultimate road warrior. He hasn’t fought on his own home soil since 2015 and will now test himself on the road once again as he looks to make inroads into a heavyweight division jam-packed with talent.

He has only seventeen professional fights to his name but has already established himself as the undisputed king of the cruiserweight division. Having conquered at 175lbs, he has now stepped up to take on the big boys and Dereck ‘Del Boy’ Chisora is the next boxer to attempt to stop the Olympic gold medallist. We’ve taken a look at some of his greatest performances on the road.

Having won eight of his first nine fights on home soil, Usyk’s first major fight on the road came as he travelled to Poland to take on Krzysztof Glowacki for the WBO cruiserweight title. In the Ergo Arena in Gdansk, Usyk put in one of his now trademark performances as he battered the home fighter across 12 rounds to win via a unanimous decision.

His speed and movement were too much for the home fighter and despite the lively home crowd, they could see their fighter was being outclassed on every level. This would provide a blueprint that has defined Usyk’s career to date.

Having beaten both Michael Hunter and Mario Huck on away soil to retain his WBO belt, Usyk then travelled to Latvia to take on WBC cruiserweight champion Mairis Briedis in the World Boxing Super Series semi-final. Before Usyk entered the WBSS, Briedis was the favourite to take home the title so the fact they met in the semi-final was slightly strange.

This fight was one of the most testing of Usyk’s career as Briedis was 23-0 at this point in his career and the pair battled across the twelve rounds but ultimately Usyk came out on top in a brilliant battle. He used his physical superiority to get the better of the talented Latvian who tried to change his gameplan due to the opponent he was facing. The Ukrainian won a majority decision against a phenomenal fighter, who hasn’t lost since. 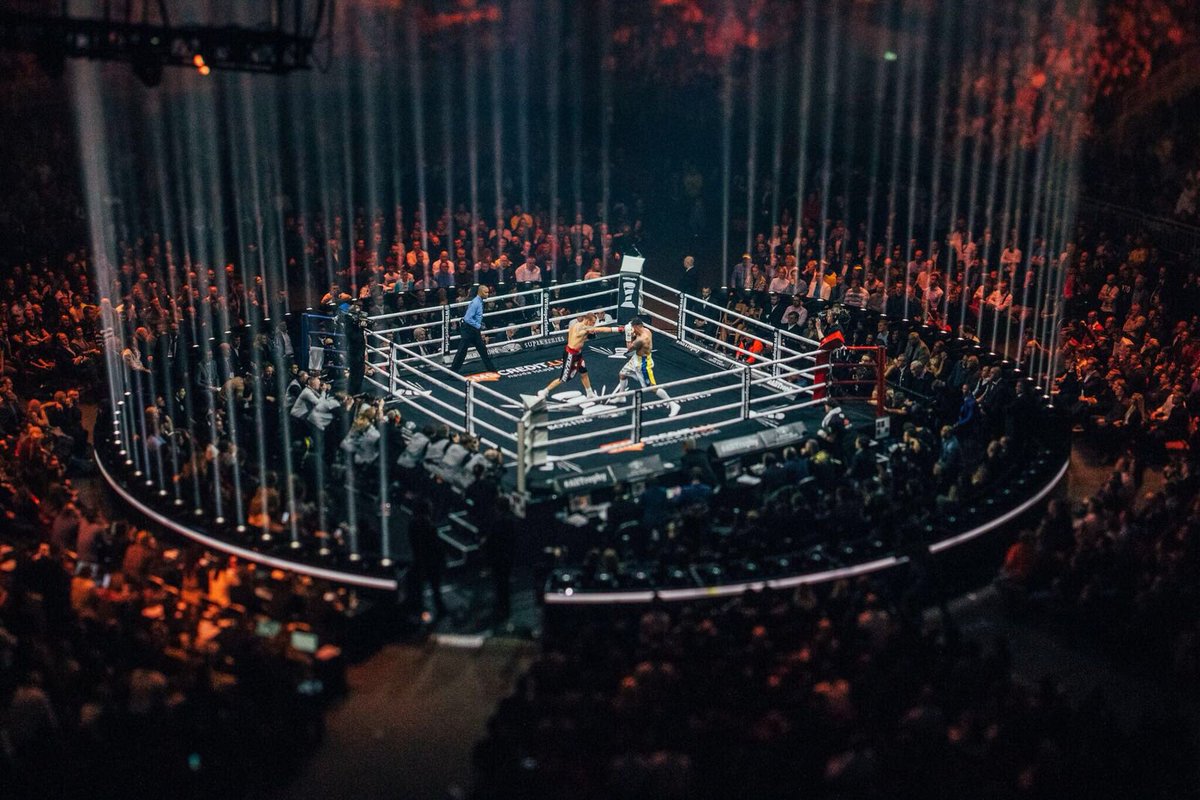 Having beaten Murat Gassiev in the final of the World Boxing Super Series to become the undisputed champion in the cruiserweight division, Usyk made his debut on British soil against Tony Bellew, who confirmed this would be his final fight.

This was arguably the most destructive fight we have seen from Usyk in recent years as he dismantled the Brit at the Manchester Arena in brutal fashion. Bellew fought on valiantly but was stopped in the eighth round, but for the Ukrainian, this would complete his destruction of the entire cruiserweight division. He may drop back down to the division in the future, but for now, this was his final fight at this level - and what a way to go out!

It may not have been a top-level opponent but Usyk made his heavyweight debut on away soil as he proved too classy for 38-year-old American Chazz Witherspoon in Illinois, a late replacement after original opponent, Tyrone Spong, returned an adverse doping test in the build-up.

After the seventh round, the home fighter had had enough after a barrage of punches from his illustrious opponent sent him crashing to the canvas, and although he managed to return to his stool, he was unable to continue.

Chisora will provide a much tougher test than Witherspoon at heavyweight, but Usyk has risen to every challenge laid in front of him to date. Another fight in front of away fans will suit one of the finest boxers on the planet and given Brits another opportunity to watch this incredible athlete.