Rugby League
News
The Rovers boss says it's good to be acknowledged but warns of Toulouse's threat
Kris Voakes
21:36, 10 Mar 2021

Featherstone Rovers head coach James Webster has played down his side’s position as favourites for promotion to the Betfred Super League, but says it is a good feeling to be recognised as the Championship’s team to beat.

Betfred have installed Rovers as 9/4 favourites to win this year’s second-tier Grand Final as Championship sides return to the field for the first time since March 2020, with Toulouse Olympique ranked as 5/2 second favourites. But Webster believes it is the full-timers of Toulouse who ought to be considered the stand-out club going into the season.

“I wouldn’t say we were favourites, Toulouse would have to be favourites to win the competition, they’re full time,” Webster told the RFL’s 2021 season launch show. “But in saying that it’s a good feeling. We’re confident in the team we have, we believe we’ve built a really good squad. Competition for places is exceptionally strong this year and I feel that we’ve had a good and productive pre-season in what have been difficult circumstances.”

Featherstone have former Super League stars such as Kris Welham, Craig Kopczak and Junior Moors in their ranks this season as they look to make an assault on the top of the table, while Toulouse have themselves been boosted by the addition of Catalans Dragons’ former Challenge Cup-winning captain Remi Casty.

Casty’s move follows the Dragons’ decision to release the man who had spent 14 of the last 15 seasons in Perpignan.

“Firstly it’s a bit disappointing the way that it happened with Catalans, but that’s life and you have to bounce back and find a new project, a new goal,” Casty explained. “And that’s why I came to Toulouse. To prepare with them is like hitting refresh, and I feel very enthusiastic to be with new faces.

“They showed they wanted me straight away and I could see when I visited them before signing that they were a professional team, and they are ready to go up into Super League. They want it, and they showed me how they can achieve this project, and that suits my ambition and my willingness to be in a good team.” 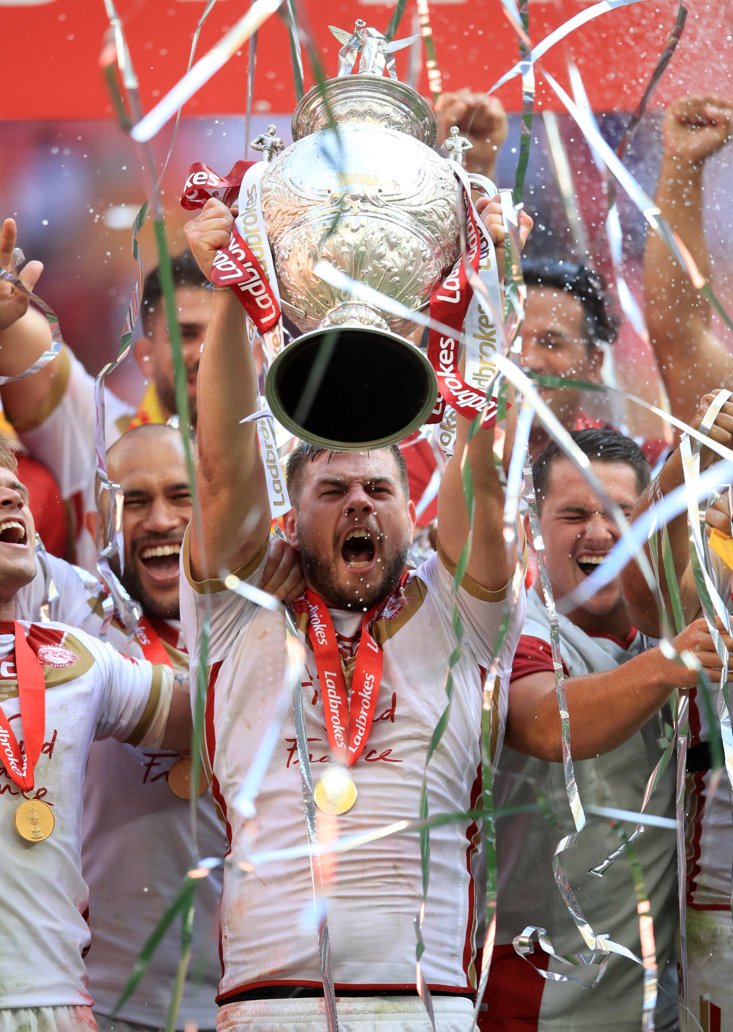 The 36-year-old’s arrival in Toulouse will see him work under Sylvain Houles, a former France international teammate.

“I played with him in the French team and I know from talking with him before what is his style of footy,” added Casty. “I think he’s a very good coach with a good philosophy and I’m very pleased to be working with him.”

While both Featherstone and Toulouse have recruited former Super League stars, Widnes Vikings are among a host of other clubs to boast a string of top-flight veterans, with ex-Wigan and St Helens half Matty Smith chief among them. And Smith has hailed the wealth of experience that the likes of Paul Clough, Logan Tomkins and Matt Cook add to the Vikings squad.

“Experience is massive, not only for Super League but also in the Championship now and I think that was what was maybe lacking a bit last year,” explained Smith. “It’s helped me out, certainly, in my position as half-back, somebody who gets the team around the park, to have them middles to help you is massive for myself and for the team. They’ve played a lot of Super League games between them and it’s only going to help us this year.

“I only experienced six games last year but I saw the intensity of it. London came here and gave us a really good game, and that’s when it really hit me that it was a great competition. But with the people we’ve signed, I think we’re in an even stronger position this year. We’ve got a great balance in the squad with the younger lads and the older, senior lads, so we can achieve whatever we want to but the hard work starts here and we’ve got to keep improving obviously.”

The Betfred Championship season gets underway on Thursday 2 April, with the rugby league campaign as a whole beginning on Friday 19 March when Sheffield Eagles host York City Knights in the Betfred Challenge Cup live on The Sportsman.