Football
News
The defensive pairing of Bonucci And Chiellini has been crucial in guiding Italy to a sixth major tournament triumph
Kris Voakes
06:55, 13 Jul 2021

The Twin Towers were back at Wembley on Sunday night. Not the concrete pillars which made the old stadium so iconic until it was torn down in 2000, but the defensive pairing that guided Italy to a sixth major tournament triumph.

Leonardo Bonucci and Giorgio Chiellini are grizzled old veterans these days. They have seen and done pretty much everything at the top of European football, and what’s more they have done the vast majority of it together. Whether for Juventus or Italy, the pair have been at the heart of a common cause for so long it’s sometimes hard to imagine one without the other.

Their shared triumph in leading Italy to Euro 2020 success against England on Sunday is the least their efforts in the national jersey have deserved. While their long and distinguished careers at Juventus have resulted in nine Serie A titles for Chiellini and eight for Bonucci, who spent a season with Milan in 2017-18 before making a speedy return to Turin, their efforts on the international stage had gone unrewarded until this weekend. 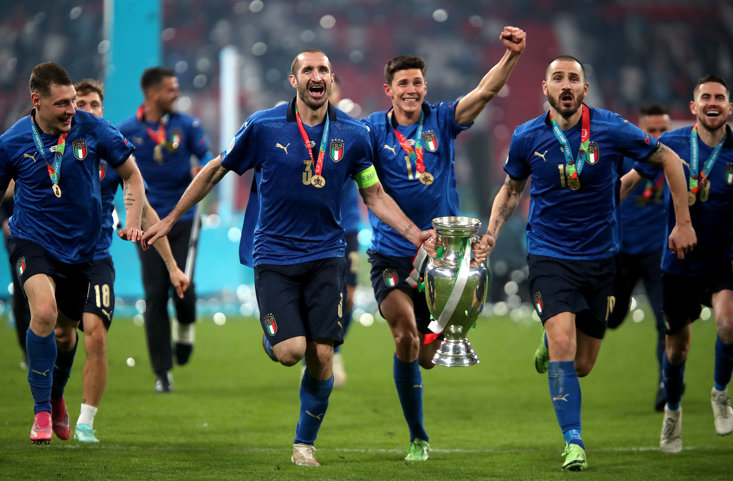 Along with Andrea Barzagli, the pair helped to change the fortunes of Juventus early in the last decade. A club which had been hit hard by punishments after the Calciopoli scandal was still searching for a way back to the top of the Italian tree. When the trio were brought together in 2011 after Barzagli was signed from Wolfsburg, Juve suddenly had a rock-solid back three to build around.

Antonio Conte’s decision to change from his previously preferred 4-2-4 system had much to do with the quality of the central defensive stocks he could call upon, and before long the Bianconeri were the champions of Italy again. Their success was also quickly transported onto the international stage, with the trio all being a feature of the Italy side which reached the Euro 2012 final only to be denied victory by an unstoppable Spain outfit.

While Juventus kept winning, even reaching a couple of Champions League finals along the way in 2015 and 2017, the same could not be said of Italy. There was their 2014 World Cup group exit after defeats to Costa Rica and Uruguay, a penalty exit in the quarter-finals of Euro 2016 in France and, most infamously, the failure to even qualify for the 2018 World Cup in Russia.

But Bonucci and Chiellini never stopped believing, and in Roberto Mancini they found an Italy head coach who wanted to evolve the Azzurri without upsetting the equilibrium they bring to the side. Chiellini may be 36 and Bonucci 34, but there was never any question of them being thrown on the scrapheap.

Even after Juve’s difficult 2020-21 season under Andrea Pirlo which resulted in their first failure to win Serie A in a decade, Mancini showed no inclination to break up the tried and trusted partnership. And what a way for them to respond. 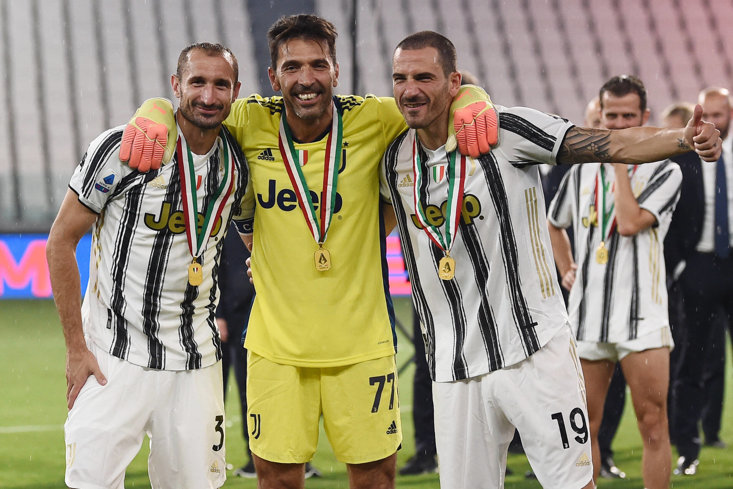 With Bonucci’s extraordinary presence in defence and calmness in possession, and Chiellini’s tendencies as a smiling assassin in his own half, ready to take out enemy attackers however he can, Italy have had the perfect twosome to deal with any sticky moments. They might have seen a long unbroken spell of clean sheets ended by Austria in the round of 16, but they remained the base around which Italy’s most creative players could do their thing.

For decades, Italian sides have been 90 per cent grit and 10 per cent flair. The majority of the team would be built for business, and the number 10 was in charge of making the difference. And while that stereotype has been worn away over the years, Mancini has been able to give greater emphasis to the attacking side of the game thanks to the reliable duo he had standing sentinel at the back.

For all that Leonardo Spinazzola, Lorenzo Insigne, Jorginho et al caught the eye, they couldn’t have caused even half of the damage they did without Bonucci and Chiellini keeping watch.

By the time of the World Cup in Qatar, Bonucci will be 35 and Chiellini 38, and time ought to be a hindrance to them pulling off the same feats again. But would you want to be the one to tell them they should stop?