Everyone’s got an opinion on Jesse Lingard. He’s too flashy. A TikTok merchant. A ‘J-Lingz’ brand front-man first, footballer later. A glorified substitute with an inflated ego and bloated public profile.

News of his new £100,000-a-week Manchester United contract in 2017 was met with incredulity, and talk of him now being offered £180,000 or more to sign for Nottingham Forest has got even more Twitter knickers knotted up.

Check your social media service of choice on this Thursday afternoon and you’ll probably find plenty of hate for Jesse Lingard. Why? It’s hard to say without getting too defamatory. After all, this is a guy who gave his all for Manchester United over a period of two decades.

He outperformed the levels expected of him for a lengthy spell, even becoming a key part of their first XI for decent stretches and scoring key goals in three major Wembley occasions, including the winner in the 2016 FA Cup final. And when he was loaned to West Ham United for the second half of the 2020-21 season he was little short of a revelation as the Hammers made it into the Europa League.

Now, with his long Old Trafford spell having come to an end, West Ham boss David Moyes remains keen to get Lingard on board full time while newly-promoted Forest are looking to add him to their growing list of additions. At West Ham he could again play a major role in a side now bidding for European consideration on an annual basis. For Forest, he would be a crucial injection of Premier League experience for a side who 10 months ago were propping up the Championship and looking destined for League One rather than the top flight.

Whatever you reckon in terms of the figures involved with getting Lingard on board, his ability ought to be beyond question at this point. Soon after being given his first lengthy spell in the team, he was moved from the right hand side of midfield to the number 10 position by United boss Louis van Gaal, with £37.5 million man Juan Mata being shifted to the wing to make space for him.

Later on, when Jose Mourinho enjoyed arguably his greatest spell of league results in the United hotseat around the time of Christmas 2017, it was Lingard’s promotion to the starting XI and a return of seven goals in eight games which helped United to stay within relative striking distance of Manchester City’s centurions. 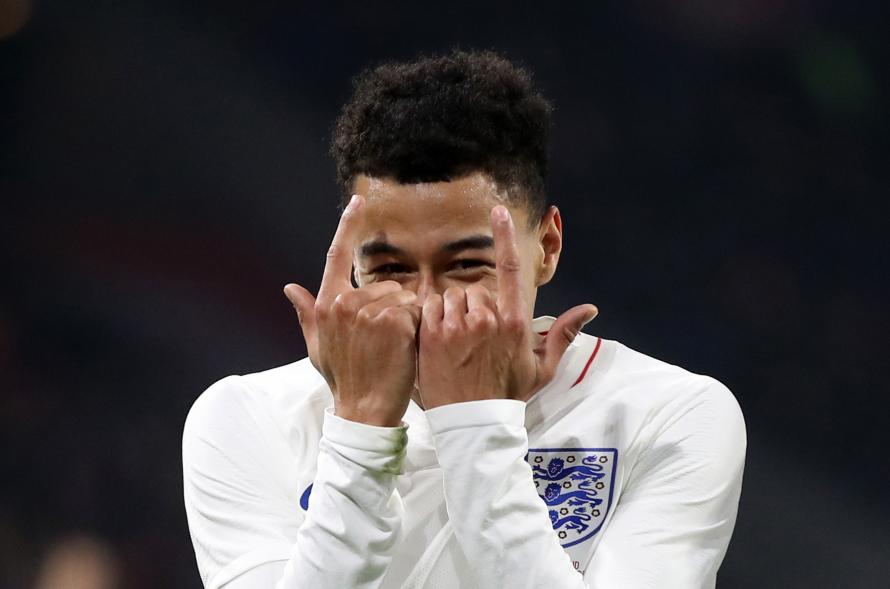 'J-LINGZ' HAS HAD MORE THAN HIS FAIR SHARE OF CRITICS

Without ever starting more than 20 games in a season, Lingard has forever shown himself to be a great man to have around the squad. Even at times when he’s not had the chance to contribute on the field, he has generally been an infectious presence within the squad. And that’s why so much of the talk of him being ‘flash’ or ‘distracted’ is misplaced. You don’t get 32 caps for England over a five-year spell by being a good dancer.

What does it really matter what he does on Instagram or elsewhere on social media? Who cares how many times he can mention ‘beans’ in a single video homage to Marcus Rashford? So what if he and Paul Pogba love a dance in the dressing room? Frankly, if it gets Graeme Souness’ back up it’s probably not a bad thing.

Lingard pulls his weight far more than a lot of more heralded figures, and at the age of 29 he is arguably at the sweet spot of providing experience while still having the legs to meet what the brain is demanding. Whether it’s West Ham or Forest who decide to take the plunge, there are plenty of other Premier League outfits who could have done with taking a much closer look at him as a potential signing this summer.

We are now in the age of personality footballers, but so what? The world needs more Jesse Lingards, dependable professionals who bring a bit of something different to a dressing room while also providing regular seven-out-of-10s on the field. The world also needs fewer middle-aged white men telling young black footballers what is and isn’t the ‘done thing’, but that part is evidently a work in progress.