Tennis
News
It is a huge coup that the Laver Cup organisers have managed to get the Fab Four together under the captaincy of Bjorn Borg
Hector Nunns
12:55, 29 Jul 2022

The 1992 USA Olympics basketball team is widely considered to be the greatest sporting ‘Dream Team’ in history – with the very finest that the professional NBA had to offer given the chance to represent their country at the greatest show on earth for the first time.

But will the tennis megastar quartet of Roger Federer, Rafa Nadal, Novak Djokovic and Andy Murray playing for Team Europe in September’s Laver Cup at the O2 Arena in London seize that accolade?

First of all, let’s get the dull fitness and injury asterisk over the stellar event out of the way. Swiss legend Federer, now 40, has not played competitively since a lame straight-sets defeat to Hubert Hurkacz at Wimbledon in 2021 and has since had three knee surgeries. Spain’s Nadal, the record 22-time grand slam singles title winner – had to withdraw from a Wimbledon semi-final against Nick Kyrgios this year with a side injury and suffers from persistent chronic foot pain. Murray, who has had two major hip surgeries, is no stranger to the treatment room. Recent Wimbledon champion Djokovic may be banned elsewhere over his Covid vaccination stance, but his fitness at least is not currently in question and entry into the UK is not an issue.

So when we say ‘assuming all four are fit and ready to go’, that is a bigger ‘if’ than might usually be the case. But let’s assume it anyway. Because it is a huge coup that the organisers have managed to pull off getting the Fab Four together under the captaincy of Bjorn Borg, taking advantage of the perfect window in Federer’s rehabilitation, and plenty of goodwill all round to transform a routine ceremonial calendar-filler into something extraordinary. 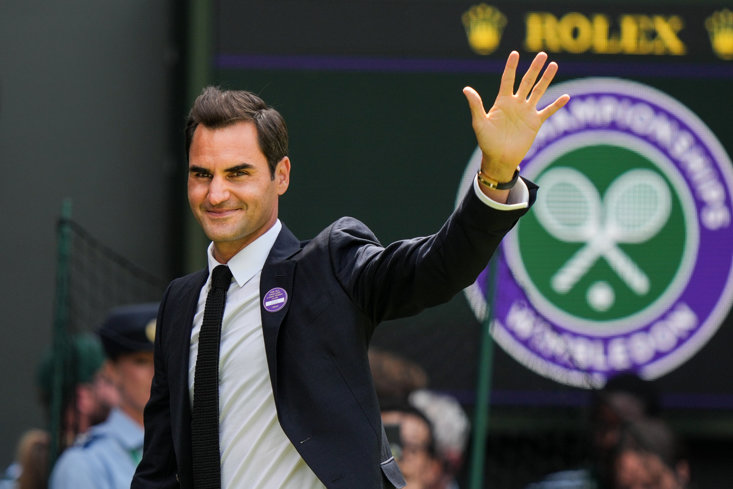 There are two spots for Team Europe still to be announced – quite conceivably a specialist doubles pairing - and while settling for a place in the support cast is not Team World captain John McEnroe’s normal preference, it is one that he and confirmed players Felix Auger-Aliassime, Taylor Fritz, Diego Schwartzman and the rest will have to get used to. Because no one will be attending or tuning in to see them.

Federer, a winner of 20 slam singles titles including a record eight at Wimbledon, has so often been the star turn during a 25-year pro career – and will be so again, not least because such a long absence has made many hearts grow even fonder. Winning with style has never been made to look more elegant and effortless and stadiums will be packed to catch a final glimpse of the flashing serve and forehand before Federer calls it a day.

His longest and most enduring rivalry has been with Nadal, however Djokovic through sheer force of will and sustained excellence has reined both of them in on grand slam titles and may well end up on top of that particular pile, standing just one behind the Spaniard on 21. ‘Clay is pain and suffering’, once said a famous coach and warrior Nadal has conquered those and much more in winning the French Open an astonishing record 14 times. No one will get close.

And then there is Serbia’s Djokovic, a supreme athlete, the best returner men’s tennis has ever seen and a temperament to die for. In their recent Wimbledon final Kyrgios admitted that it was Djokovic’s serenity and calmness in the heat of battle and especially when trailing that he most admired.

What of Murray. How many grand slam titles might he have won had it not been for the other three? It is a question he will have posed himself though blessed with a fine sense of perspective not so much as to drive himself crazy. The ones he did win – three slams and Olympic golds - mean more, and satisfaction will come from playing in the greatest era of men’s tennis of all time. 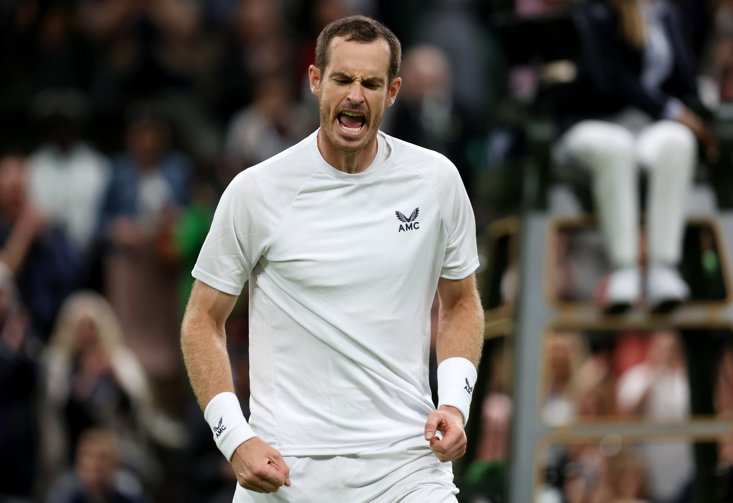 What is it Sean Bean’s character Odysseus says at the end of the film Troy? “Men rise and fall like the winter wheat, but these names will never die.”

But returning to the almost mythical USA basketball heroes of Barcelona 30 years ago. In 1989 a rule change meant that American no longer had to field amateur college players, and the giants of the sport were now eligible for the Olympics. And that meant that call went out to Michael Jordan and Scottie Pippen of the Chicago Bulls, Magic Johnson of the LA Lakers, Charles Barkley of the Philadelphia 76ers, Larry Bird of the Boston Celtics, Patrick Ewing of the New York Knicks, John Stockton and Karl Malone of the Utah Jazz and the rest of the A-List.

These players were used to fierce rivalries both at club level and individually on a playing court and also in the court of public opinion across the States. But this was different, brought together to do honour to the flag. And didn’t they just do that, just four years after the USA only took the bronze medal after losing to the USSR.

The result was spectacular both in the short, medium and long terms. At the Games the team didn’t even stay in the village with the other athletes, such was their celebrity amid fears over their security. Head coach Chuck Daly said: “It was like Elvis and The Beatles put together.”

And the stats told the story for the gold-medal winners. An average winning margin of 43.8 points. More than 100 points in every game, with an average of 117.3. And though Jordan started every game, Barkley - at the centre of controversy for trash-talking and over-physicality that saw the USA branded ‘bullies’ in some quarters - was the leading scorer averaging 18 points per game.

Some might say September’s tennis extravaganza is the equivalent of seeing Tiger Woods, Jack Nicklaus, Arnold Palmer and Ben Hogan playing together. And when it comes to teams the Brazil football teams of 1970 and even 1982, the 2015 All Blacks, the 1980 USSR ice hockey team and even the 2021 USA Ryder Cup team will all have their supporters.

But the photos to emerge from this year’s Laver Cup will carry a resonance that will extend far beyond the event itself.