Saul ‘Canelo’ Alvarez defends his undisputed super middleweight championship of the world against Gennady Golovkin on Saturday. The two combatants know each other extremely well, having shared 24 rounds of exhilarating combat in 2017 and 2018.

Given how incredibly exciting their first two bouts were, with the second winning The Ring Fight of the Year, a third was a natural. The fact it has taken four years to get as far as the ring is a shame, particularly considering Golovkin is now 40 and showing signs of decline. But he remains enough of a force to reign as unified middleweight champion, having racked up four wins out of four since the ‘Canelo’ rematch.

Considering the brilliance of their initial two bouts, an outstanding third would see their series anointed as one of the greatest trilogies of all-time. To get you in the mood, The Sportsman takes a look back at some of boxing’s greatest three-bout rivalries.

Take two middleweight greats and add in three fights of untold savagery and brutal brevity. You have a recipe for a trilogy still talked about eight decades after it concluded. Zale retained his world middleweight championship with a sixth-round knockout against the ferocious Graziano at Yankee Stadium in 1946. The bout was a sensation and the public demanded more.

Less than a year later, the battling 160-pounders met again at Chicago Stadium. Graziano was the sixth-round victor this time, securing a TKO and the world crown. Rivals this well-matched were destined for a decider, with Zale taking the 2-1 win in the rivalry in a three-round mauling in New Jersey in 1948. 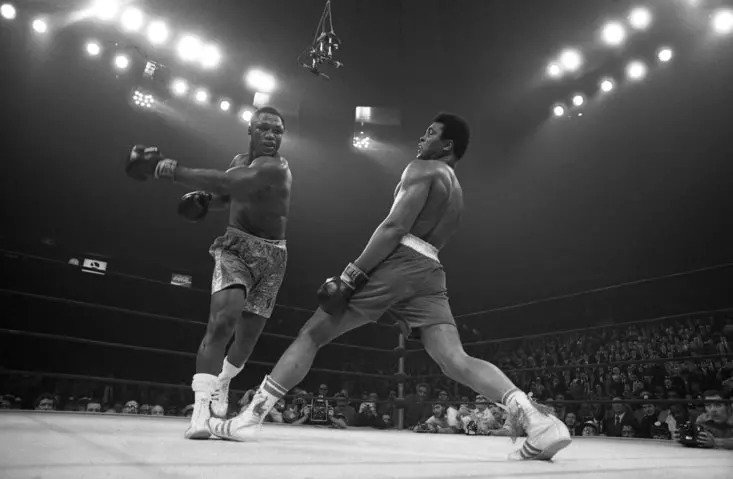 The most famous heavyweight series of all-time, Ali and Frazier’s names will be said in tandem until the end of time. Their thrilling first bout saw ‘Smokin’’ Joe dramatically knock Ali down in the 14th round on the way to a unanimous decision victory. This was the first loss in the career of ‘The Greatest’ and one that would stick with him for years.

Ali had his revenge in a non-title bout in 1974. Considered the weakest of the trilogy, it is still a thoroughly engaging 12-rounder. Ali earned a shot at heavyweight champion George Foreman with this unanimous decision victory.

After dethroning ‘Big’ George, Ali defended his championship against his greatest rival. What followed was ‘The Thrilla in Manila’, considered perhaps the greatest heavyweight title fight ever contested. After 14 rounds of stunningly violent combat, Frazier quit on his stool. Ali had written an important chapter in his legacy, while the trilogy itself would take its place among the very best in history.

A triplet of fights so unbelievably gripping that the phrase ‘Gatti-Ward’ has become shorthand for boxing matches that turn into wars. Both men were considered to be on the slide when they first met in May 2002. 13 months and three fights later, both would walk amongst boxing’s immortals.

‘Irish’ Micky won their first battle via unanimous decision, surviving a ninth round so white-knuckle that the great Emmanuel Steward dubbed it “round of the century”. ‘Thunder’ Gatti won the second, another ripsnorter of a ten-rounder, by unanimous decision.

The following year they convened for the third and final time. Ward knocked Gatti down but it was not enough, and he lost another unanimous nod. The bout scooped several Fight of the Year honours and saw both men spend the night in hospital for their injuries. A heavy price was paid for the sacrifices of these two ring warriors. 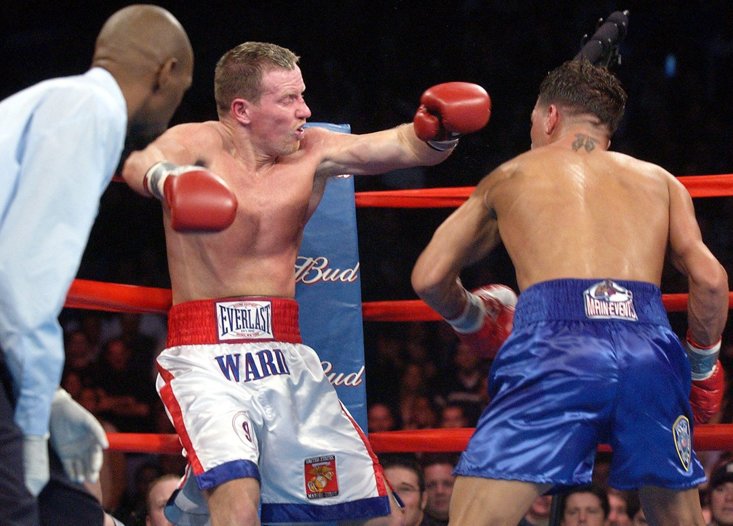 This all-Mexican blood feud started down at super bantamweight, when WBC champion Erik Morales bested WBO kingpin Marco Antonio Barrera by split decision. The fifth round is considered one of the greatest no-knockdowns stanzas boxing has ever hosted. ‘El Terrible’ Morales was knocked down in the 12th and final round, but beat the count to become unified champion.

Two years later the Hispanic icons did it again. This time Morales’ WBC featherweight crown as on the line. Evening the score, ‘The Baby Faced Assassin’ won via three scores of 115-113. The result was somewhat controversial. While close, many observers considered Morales the rightful winner.

The score was settled for good in 2004. Super featherweight was the proving ground this time. Barrera took Morales’ WBC title with a majority decision victory in another incredibly close and exciting scrap. So evenly-matched, you feel Barrera and Morales could have had another six fights against each other and never been separated by more than a point or two either way.

The modern gold standard of trilogies, many have been as bold as to say Fury vs Wilder is the greatest heavyweight trilogy of all. Certainly their first bout, a 2018 battle for Wilder’s WBC heavyweight championship, kicked things off with a bang.

Fury was winning the technical battle, seemingly outpointing Wilder from distance. But ‘The Bronze Bomber’ was detonating up close. A short left hook dropped Fury in the ninth round. In the 12th, Wilder seemed to have found the punch that would end the bout for good. Fury was out cold until, stunningly, he wasn’t. He rose like WWE superstar The Undertaker and made it to the end of the fight. Most of those watching agreed he had done enough to win on the cards. The judges did not, marking the bout a majority draw.

The second fight was shrouded in no such doubt. A focused Fury blitzed Wilder in seven rounds, knocking the Olympian down twice before his corner threw the towel in. ‘The Gypsy King’ was the WBC heavyweight champion of the world. Wilder would blame his trainers and the elaborate entrance costume he had worn to the ring, which he accused of tiring him out.

Wilder was a laughing stock going into their third bout, which took place last year. He emerged from it as a heavyweight legend despite being knocked out in the 11th round. Already considered one of the greatest heavyweight fights of all time, Fury-Wilder III will only take on more mythical status as the years go by.

Wilder was knocked down in the third round. The Alabama powerhouse answered back in the fourth by knocking the champion down twice, bringing Fury to the very edge of defeat. Fury then began to take control, knocking his brave foe down in the 10th and knocking him out in the 11th. Fury’s brilliance and Wilder’s guts combined to create the most incredible heavyweight spectacle of the modern era, and a worthy ending to the trilogy.