Football
News
The oldest fixture in football returns at a major tournament for only the second time
Gary Maiden
08:01, 18 Jun 2021

It’s a football rivalry that stretches back to 1872, with England and Scotland’s Euro 2020 clash this Friday the 115th meeting between the two. In fact, that initial fixture of 149 years ago is officially recognised by FIFA as the first ever international game to take place. Apart from the Three Lions’ 1966 World Cup success, major tournament glory has evaded the two proud nations, but that hasn’t taken away from the ferocious atmosphere that is generated whenever the pair meet.

The head-to-head figures make for closer reading than you might think, with England winning 48 compared to Scotland’s 41 and although those north of the border may have enjoyed success in the 1800s and early 1900s, it is England who have recorded eight victories in the 11 most recent meetings. There have been some incredible fixtures to take place in the near century-and-a-half that has passed since that first encounter in Glasgow.

Let’s take a trip down memory lane and enjoy reminiscing on our top five games between England and Scotland, shall we?

The year after Sir Alf Ramsey’s men lifted the Jules Rimet trophy, Scotland travelled to Wembley as massive underdogs. However, the travelling Scots celebrated in huge numbers as their heroes inflicted the first defeat on the reigning world champs since that memorable win over the Germans.

Manchester United legend Denis Law put the Scots ahead in the first half with Bobby Lennox doing the unthinkable and doubling the lead after the restart.

Jack Charlton pulled one back for the hosts, but Jim McCalliog restored the two-goal advantage just minutes later. Hat-trick hero from the World Cup final Geoff Hurst did pull once back, but it was the old enemy who were celebrating at full time, cheeky crowing themselves as the new world champions.

Once upon a time, England and Scotland competed for the British Home Championship. Wembley was the venue once again in 1977, with the spectacle being remembered more for the wild celebrations as thousands of Scots took to the pitch after the final whistle to celebrate a famous victory.

The broken Wembley crossbar remains an iconic image still today, with Gordon McQueen and Liverpool legend Kenny Dalglish scoring the goals to inflict another defeat on their rivals.

A late Mike Channon penalty for the hosts did little to dampen Scottish spirits.

A match that needs no introduction, and the first England victory on our list of classic matches between the two British heavyweights. Until this summer, this clash was the only game between the two at a major tournament.

England, following on from their disappointing opening 1-1 draw with Switzerland, needed a victory and looked on course to do just that when Alan Shearer headed them in front early in the second period.

However, with 15 minutes left on the clock, Scotland were awarded a penalty after Tony Adams brought down Gordon Durie. Gary McAllister stepped up, but David Seaman was equal to his effort and England’s lead remained intact.

Soon after, Paul Gascoigne lofted the ball over a hapless Colin Hendry and fired home his volley to put the result beyond doubt. The beautiful skill involved, coupled with the famous dentist chair celebration, makes this one of the most famous England goals ever scored. 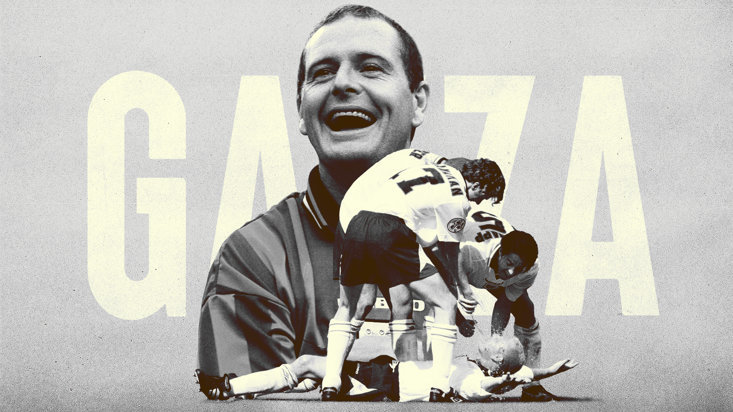 After England’s victory in 1996, a place at Euro 2000 was up for grabs when Kevin Keegan’s men travelled north to Hampden Park.

50,000 ferocious Scots greeted the visitors for the first leg of the affair, with Paul Scholes keeping his cool in a hugely hostile atmosphere to bag a brace to put his country in charge of the tie.

Scotland would actually win the return leg at Wembley via a solo Don Hutchison effort, but it wasn’t enough to see his side through to the Euros the following year. The less said about that tournament, from an English perspective, the better.

The first draw on our list came as recently as 2017, with the ‘Auld Enemies’ facing each other in qualifying for the World Cup the following year.England had won the Wembley group game by a convincing 3-0 scoreline, but found things much tougher in front of a typically passionate Hampden Park. Still 0-0 after 70 minutes, the game burst into life when Alex Oxlade-Chamberlain put the visitors ahead.

With three minutes left on the clock, the game was flipped on its head when Leigh Griffiths scored a quickfire free-kick double to put Scotland into an unlikely lead.

With the home fans still celebrating, Harry Kane popped up at the far post to convert a Raheem Sterling cross and keep England on course for a World Cup that would see them reach the semi-final stage.

Following on from their opening 2-0 defeat at the hands of Czech Republic, Friday’s Wembley showdown is arguably the most important derby that Scotland have been involved in since 1996.

A win puts them in a strong position heading into their final group game with Croatia, while a draw would leave Steve Clarke’s men needing a win against the 2018 World Cup finalists to stand any chance of progressing to the knockout stages.

A defeat, which would see England through with two wins from two, would almost certainly see the Tartan Army heading home early. Fireworks are about the only thing that you can expect when these two passionate nations meet.

We can hardly wait.