Paul Gascoigne is still perpetually competing for a place on the podium as one of the best English footballers in history. A career that took him from Newcastle, to Tottenham Hotspur, helped bring Italian football to greater attention in England with a stint at Lazio, then returned to Britain for success at Rangers.

The 54-year-old’s sporting attentions weren’t isolated to the beautiful game however, though few have ever illuminated it as he did so beautifully and, fundamentally, with character. 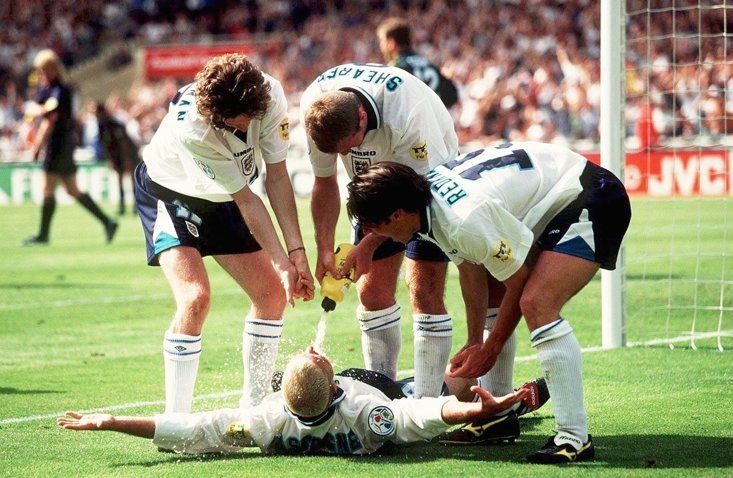 Five years before he became the nation’s sweetheart at Italia 90, and well before the sublime set-piece for Spurs against Arsenal, and over a decade ahead of the greatest goal ever scored by an England international when Scotland was the unwilling victim, Gascoigne was the star of the 1985 Newcastle United Youth Cup-winning team leading him to become part of manager Jack Charlton’s first-team plans for the Toon.

A goalless stalemate in the first leg with Watford was followed by a Friday evening kick-off at Vicarage Road. Gascoigne shone with a spectacular 30-yard strike as the Magpies ran out 4-1 winners to claim the Cup for the second time in their history. Best to come was in the aftermath and in the midst of celebrations when Gazza unexpectedly had the chance to meet the Watford chairman.

“I remember sitting in the bath and Elton John walking in to congratulate us,” Gascoigne later recalled, “I was bollock naked singing ‘Elton, Elton, give us a song.’” Fitting, seeing as earlier in the day Gascoigne had provided his own rocket, man.

There were three days and three nights between England being taken to extra-time by Cameroon in the quarter-finals of Italia 90 and the Three Lions’ last hurdle of West Germany needed to get to the Final.

The notoriously restless Gascoigne couldn’t cope with the anticipation and during the night before the semi-final, sleep wasn’t possible. Gascoigne had a method for distraction, trading his weapon of a right-foot for a racquet.

“Before we played the World Cup semi-final, he was playing tennis with some German tourists on the court - and had to be dragged off by Bobby Robson,” said Gary Lineker (FourFourTwo).

Gascoigne had done the same before England’s last 16 clash with Belgium, a crucial game for progression, by taking on an American couple staying in his hotel on the court. When confronted by his coach Robson, Gascoigne refused to concede, proclaiming that he was ‘On the verge of winning!' to which his gaffer could only instruct him to ‘just finish up quickly and get to bed.'

“None of the lads could believe it when they found out at our team meal before the semi,” disclosed England teammate Tony Dorigo to The Yorkshire Post, “The funny thing is Gazza was playing a German fan. The manager was not happy.

“But that was Gazza’s way of keeping busy and, looking at how he performed against the Germans, it certainly worked. He was superb that night.” 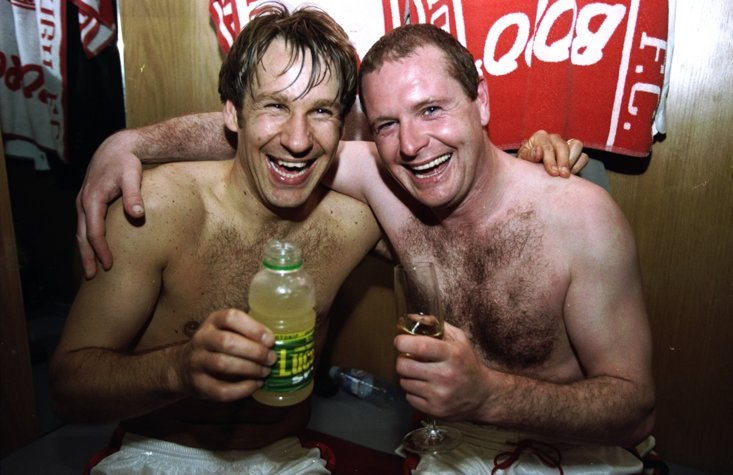 Paul Merson lived with Gascoigne during their time at Middlesbrough across the 1997/98 season, where they’d combine entertainment with preparing for bedtime by putting money in the middle of a table and then start drinking red wine and popping sleeping pills. Whoever was the last to remain awake would be able to collect the wonga. Usually also in competition was Merson’s brother, who was also on the books at Boro, and Gascoigne’s friend, Jimmy 'Five Bellies' Gardner.

“Gazza used to pay Jimmy,” Merson revealed to the Quickly Kevin podcast, “He’d use to pay him privately.”

But unfortunately for Jimmy he’d have to get his wages by unconventional methods.

Merson elucidated, “We’d go up the pub and we’d be playing darts and [Gazza] would say to [Jimmy] ‘I’ll give you five seconds.’”

Jimmy’s being subjugated to the role of Le Peu to Gazza’s Gaston (Beauty and the Beast fans) wouldn’t stop there. ‘[Gazza]’d make [Jimmy] put his fingers over the pool table,” Merson also recalled, “And he’d be at the other end and then he’d smash the pool ball as hard as he could at [Jimmy’s[ knuckles and every time he moved he’d take a one-r (£1) off his wages.” 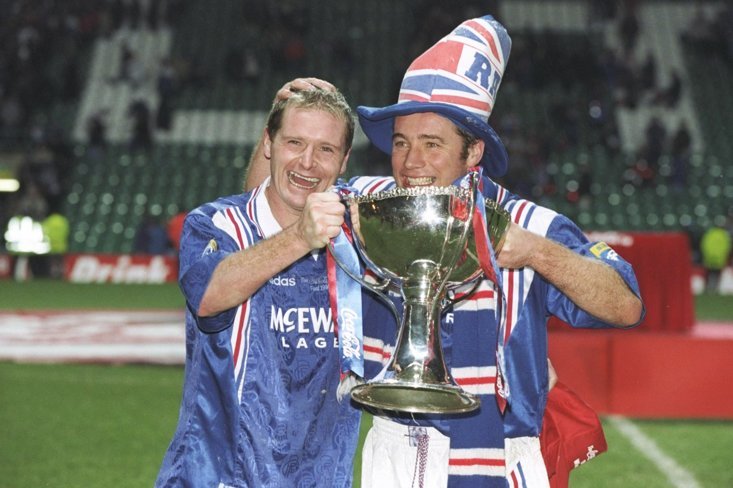 Gascoigne with his partner-in-crime at Rangers, Ally McCoist

Genius on the pitch and potential for criminal genius off it. At Rangers, Gascoigne not only enjoyed his most prolific period in front of goal but the time in Scotland seemed to suffice certain extra-curricular activities. On one occasion Gascoigne coerced his teammate Ally McCoist into pulling off an elaborately devilish prank on the unsuspecting Gers forward Gordon Durie, following a spontaneous fishing expedition.

Usually adherent to the clock, Gascoigne had been uncharacteristically late for training, perplexing his waiting squad.

“The next minute the door gets kicked open and he comes in with a pair of waders on, with a collar and tie, holding up two of the biggest trout you’ve ever seen,” McCoist reminisced. Once the team had departed, Gascoigne cornered McCoist and asked him which teammate was annoying him. When McCoist replied with Durie’s name, Gascoigne acquired Durie’s car keys while the player was out training.

“He comes out with the two fish,” said McCoist, “We open up the boot, unscrew the spare wheel and I throw the fish in.

“I go to throw the other fish in and Gascoigne says ‘No.’

He then took one of the fish out, screwed the wheel back on, opened up a hidden compartment and placed the second trout in the different location in the car. Simultaneously amazed and astounded, McCoist recalled, “[Gascoigne] looks at me and says ‘When he finds the first fish, he’ll think that’s it.”

The poor Durie had to subsequently suffer extensively with a stinky car no amount of hanging-tree air fresheners could get rid of.

“That was the funny side of Gascoigne,” said McCoist, “What a great human being.”