Tennis
News
The two-time Wimbledon champion insists that he would not play in any tournament or series organised by the country
Hector Nunns
08:30, 26 Jun 2022

In the wake of the new £200million LIV Saudi Arabia-backed Series emerging in golf, the two-time Wimbledon champion Andy Murray insists that he would not play in any tournament or series organised by the country – and stressed that he has turned down huge money from the oil-rich nation in the past.

The 35-year-old Murray has overcome an injury scare ahead of the Championships having picked up an abdominal strain in the recent final in Stuttgart where he just lost out to Matteo Berrettini having beaten Stefanos Tsitsipas and Nick Kyrgios earlier in the event. And he will start his campaign on Monday on Centre Court against Australian James Duckworth.

The LIV series, with seven tournaments carrying a $25million purse and a final event worth $50m that have attracted many but not all top players to its ranks by guaranteeing them huge pay cheques, has been the talk not just of golf but of sport, with the Saudis already heavily involved in football and Formula One.

And Murray’s comments come at a time when Saudi Arabia are understood to be cranking up their efforts to land a regular WTA tennis tournament having failed after five years of trying to secure a tour event with the men’s ATP .

Asked what he would do if offered a “sackful” of money to play in a Saudi-backed tour or invitation events, Murray said: “They did. They put on an event in Saudi Arabia a few years ago, and I was offered to play there. I know a number of the other guys on the tour were offered to play there.

“I don't think the player field that went was what they were hoping. Yeah, a lot of the, I would say, top players and bigger names turned it down. And I personally wouldn't go and play there.” 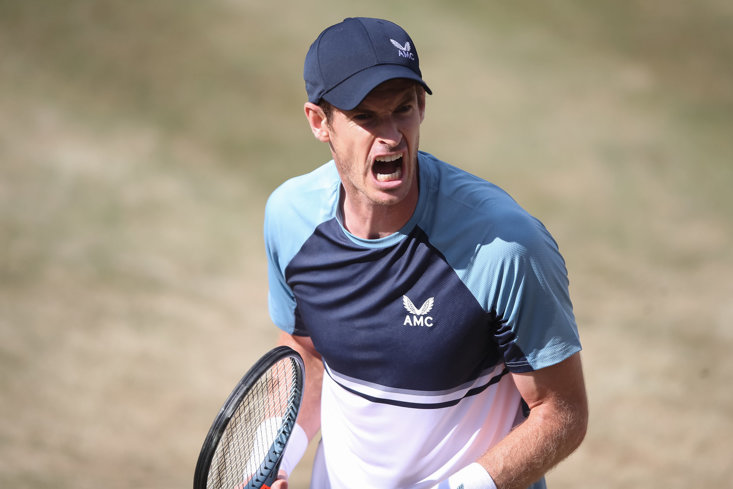 The Middle Eastern nation has reportedly been interested in striking a deal with the ATP Tour for some time but have had little success. Murray is believed to have rejected a £1.5 million offer due to the country’s poor human rights record.

His representative Matt Gentry told Sports Unlocked in January that is what put the former world No1 off. He said: “He's turned down stuff in Saudi; I don't think he will play there just because of what's gone on. If he feels strongly about something he will happily call it out. He's not scared to voice his opinion.

“They have done a few exhibition matches where they have paid eye-watering sums of money to get players over there and he just wasn't interested. For turning up and playing a match, if you are a former No 1 player in the world, in the Middle East you could potentially earn $1m to $2m. That's for the top players, the big global names, and I think golf is pretty similar.”

Murray, who is considering sharing a flat with his father close to the venue to avoid traffic and train problems, revealed a week before Wimbledon that his injury was preventing him from playing certain shots – but the relieved Scot confirmed that he had made good physical progress in the last seven days.

And he also admitted that being back with coach Ivan Lendl was a big boost – and partly because there wasn’t exactly a queue of top coaches ready to work with him this time.

He said: “It's gone well. I've been able to gradually progress my training this week and got to play a few sets, a lot of points. The last few days have been good.

“Obviously having Ivan on my team helps. We've had a lot of success in the past, we know each other well. He still believes in me. There's not loads of coaches, you know, people out there that have done over this last period, and he has. That definitely helps me.

“It hasn't hurt me if other coaches didn’t believe in me. In many ways it's been, like, a motivation. I've also spoken to a number of coaches. For the most part, like, when I had had conversations with coaches, the potential of working with someone, it had come off most of the time and worked out, whereas this time round, yeah, I got turned down by a lot of coaches!

So, yeah, that obviously was difficult to deal and difficult with because I don't know how many that are, like, top-level coaches that maybe you'd really want to work with if you're trying to win the major events. And that’s also why I'm grateful that Ivan has come back to work with me.

“We spoke not necessarily about any of the training that I did in the past, but more the future. The place in my career that I am just now, he obviously played into his 30s as well. As he got older, he reduced the amount of training and stuff he was doing. So we spoke about that a little bit, the amount I would be doing moving forwards.

“We obviously did quite a long training block in Orlando after Miami. We spent like four or five weeks there, spent a lot of time on court with him. But, yeah, it was obviously less than what we did in the past, which is just common sense.”