Held annually in Memphis at the Tom Lee Park, The World Championship Barbecue Cooking Contest is where only the most dedicated grillers, smokers and masters of marinade dare to tread: As they are keen to stress, ‘it’s a competition, not a food festival’.

Due to the pandemic, the dates have been pushed back from May until later in the year, which got us thinking…

Here at The Sportsman we would be the first to admit that barbecuing isn’t technically a sport, but…The World Championship Barbecue Cooking Contest does contain the words ‘World Championship’ and ‘Contest’, and that sounds like a goddam challenge to us.

Quarantine then is the perfect time to buy a barbecue, hone your skills and become a world champion in your own back garden. Then, when we are allowed out, head to straight for Memphis and claim what is rightfully yours! (word of warning, they have been doing it for a long time over there and are pretty good at it, so if you’re going, have something better in the arsenal than three crispy sausages and a courgette skewer for the vegetarian).

Before you make a purchase however, there’s just one question that you’ll need to answer: charcoal or gas? There’s no question charcoal and wood are going to give you a better result than gas, provided you know what you’re doing, have lots of patience, don’t mind getting filthy and only plan on cooking once a week. Gas options can be more expensive, but food gets cooked quicker and more efficiently. If you’re serious about smoke, long slow cooking and happy to wait for results, go natural fuel. That’s what’s going to make you a world champion. Memphis, we are coming for you. 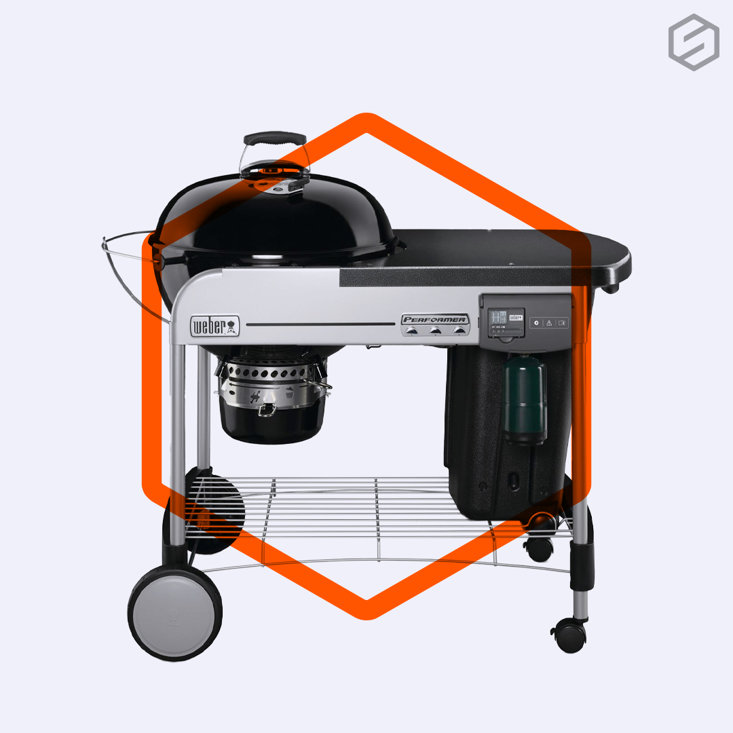 The best of both worlds as American fire specialists, Weber, enhance the mysterious world of gas to start the flames, then hand over to charcoal to get the sizzling done. The small gas canister will easily last you a summer and the burner comes with a small storage bin for bags of charcoal and inevitable rubbish. Slow cooking, smoking, setting fire to sausages, this one does it all

Best For: The serious cooker 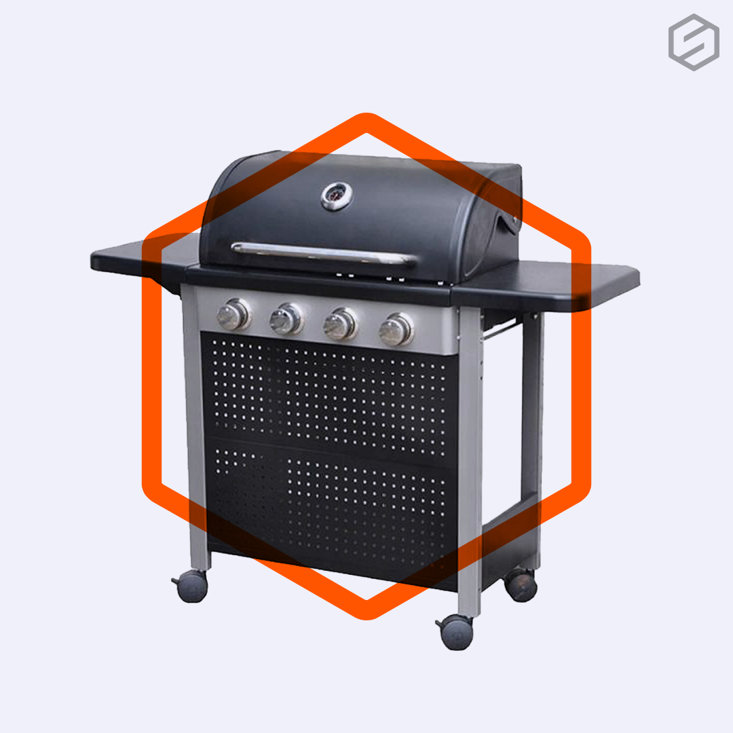 A gas option and like all gas burners, this one leans heavy on convenience. Four burners mean you can have all sorts of food running at different times, and the various shelves (side and bottom) hold the marinades, plates and crockery. There’s even a warming rack to hold cooked meat while you finish off the ribs.

Best for: The multi-meat enthusiast 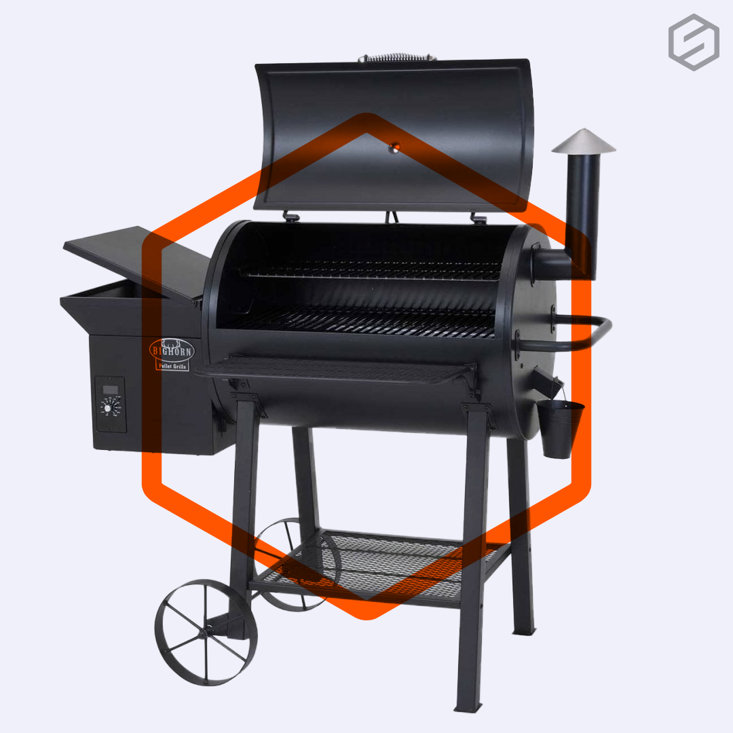 All good smokers should look like trains from a Western and this one looks as if it should come riddled with arrows straight out the box. Neither gas nor charcoal driven, the Big Horn runs on wood pellets (flavoured or natural) meaning you can smoke big slabs of meat while keeping a steady hand on the temperature. Two shelves mean you can smoke literally anything but trust us, open the lid to reveal a full back of slow cooked ribs and people will actually faint with excitement.

Best for: The smoker who can plan ahead (run out of pellets and it’s game over). 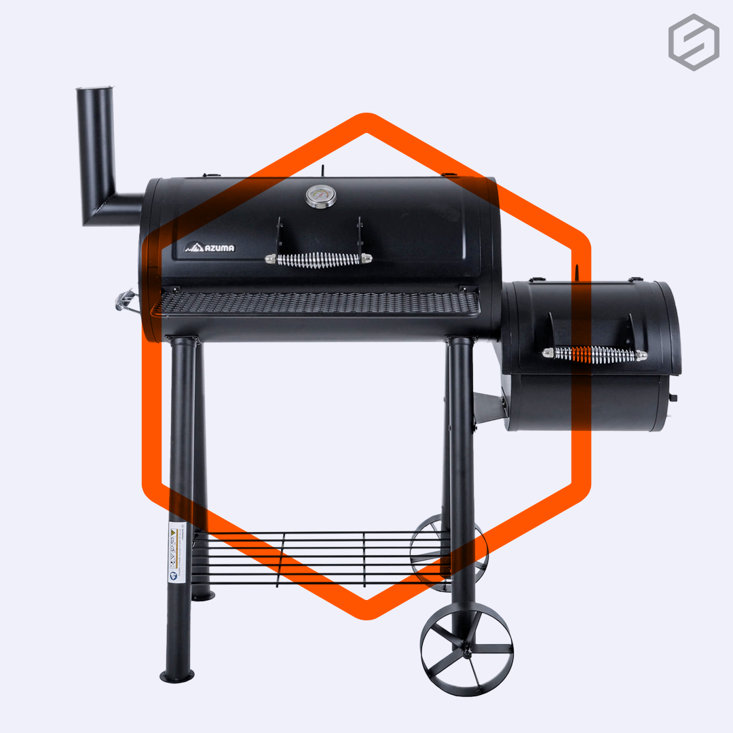 If the Big Horn looks like a Western train, then the Azuma Bandit looks like a velocipede, invented by a Frenchman in a big top hat. For those new to the world of smoking, the bandit is two-fold in use. The main box holds the charcoal and allows you to cook in the more traditional manner (fire, grill, sausages, you know the drill). The small contraption on the side is the smoke chamber, and it’s here you put your flavoured wood chips (maple, apple, etc). The pipe on the other side draws air through the barbecue, pulling the smoke over the meat and out up the spout.

Best for: The flavoured wood chip fanatic. Trust us, they are out there. 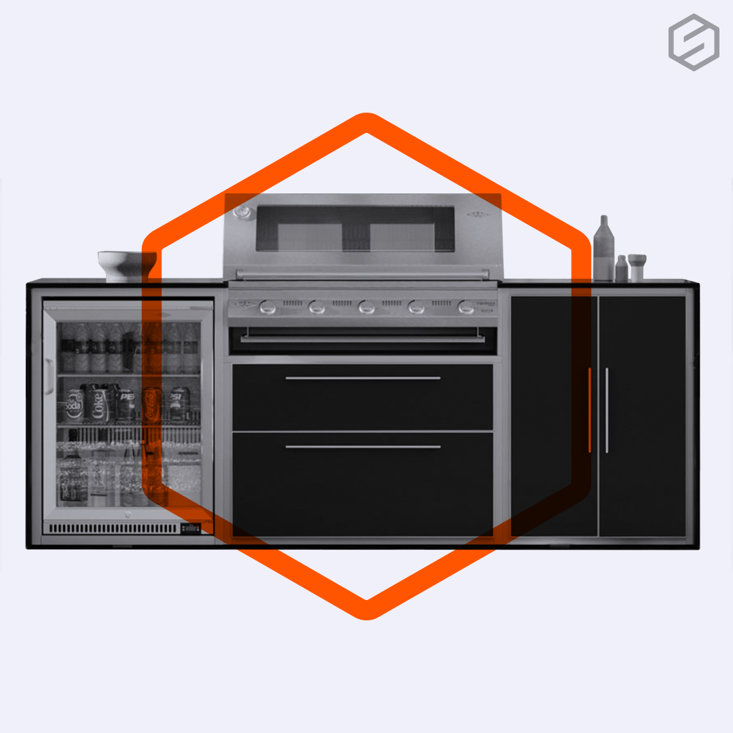 You’re never going to buy this, it’s eight thousand pounds for crying out loud (and you’d have to build a permanent outdoor cover for it) but what a beast. Five burners, a 120 litre fridge to hold the beers, a cupboard to keep all the sauces and the roasting hood even comes with a window (a window!) so you can see all that lovely food cooking under the lid.

Best for: Showing your footballer mates before taking all your clothes off and joining the girls in the pool.