Even the most ardent followers of the British boxing scene have had their patience severely tested in recent weeks. First there was the lengthy public talks over a fight between WBC heavyweight champion Tyson Fury and Anthony Joshua. That on-again-off-again saga ended with the domestic dream fight firmly off, again. Fury now expects his adoring public to pay to see him beat up barely-relevant relic Mahmoud Charr.

Then just as the fight game was licking its wounds from that missed opportunity, Conor Benn’s generation game against Chris Eubank Jr evaporated in a cloud of unedifying, clomifene-infected smoke. Benn’s drug test found traces of the fertility drug, which can be used to increase testosterone production in men. The sold-out 02 Arena showcase was cancelled just two days before it was scheduled to take place.

Boxing is unlike any other sport. For a start, Rafael Nadal and Novak Djokovic didn’t get where they are by punching each other in the head. But they have also played each other 59 times in total. In tennis, as with other individual sports like golf and darts, if you are among the best then you will automatically play against the best. But a boxer can go their entire career without meeting the best fighter in their division. Boxing is a business as much as it is a sport and sometimes giving the fans what they want would be bad for business.

It is this sad state of affairs that denied us Fury vs Joshua. ‘The Gypsy King’ spent a week repeatedly moving the goalposts with various deadlines to get the complicated deal over the line quickly. When it wasn’t done, he pulled the plug. The WBC champion will tell you that the contract was on Joshua’s desk for weeks. But the wheels of boxing move slowly. There is no easy through-route to a fight. This isn’t tennis.

Fury is now trying to feed the boxing public gruel after promising them wagyu beef. Charr should be nowhere near a world title fight in 2022. The WBC currently agrees, with ‘Diamond Boy’ currently ranked 19th with the organisation. The WBC’s own laws stipulate that a fighter must be in their top 15 to receive a shot at the world title. Of course this has never stopped boxing before.

In 2015 the WBA ranked Ali Raymi as the 11th best flyweight in the world in their June rankings. The only problem? He’d died in May. Amazingly, this isn’t even the first time this has happened. Deceased super middleweight Darrin Morris actually moved up three places in the WBO rankings despite having been dead for months. It’s almost like the sanctioning bodies make this stuff up as they go along. 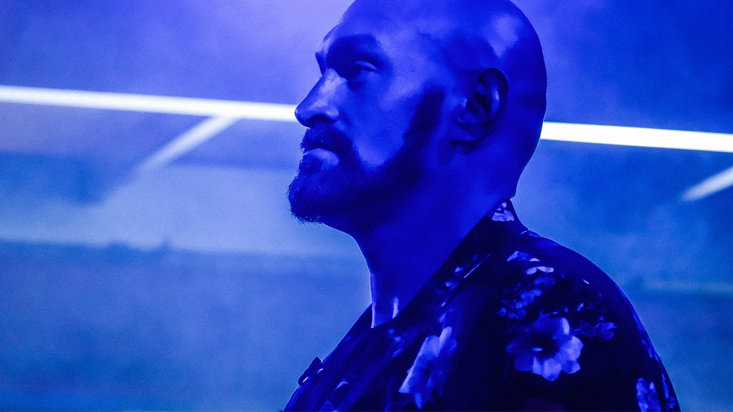 Back in the land of the living, fans were denied another fight this weekend. The decision to call off the bout, hotly-disputed by the promoters and Benn himself, was the correct one. Even if Eubank was willing to fight, which reports conflicted on, it is not worth the risk. A boxer’s bravado depends upon risk, it is up to those who govern them to decide what is a risk worth taking. Fighting against a chemically-enhanced athlete is extremely dangerous and common sense seems to have prevailed.

A story that might have been the lead in a less grubby week for the gloved game was the British Boxing Board of Control’s refusal to sanction Daniel Dubois vs Lucas Browne. ‘Dynamite’ had been in talks to meet Dillian Whyte, a fight that would be great for the sport between two well-matched big men. When negotiations stalled, efforts were made to ratify 43-year-old ‘Big Daddy’ Browne as an alternative challenger for Dubois’ WBA ‘regular’ trinket.

It is a belt Browne has held before admittedly, but he did so six years ago. He was stripped of the title for failing a drugs test. He has also lost three of his fights by knockout since, including a defeat to former rugby league player Paul Gallen in a single round. At his age and with his frailties, a fight against Dubois at this stage would be criminal. The fact those in power are even proposing these bouts show the sorry state of the game.

Fans of British boxing are in a quandary. How can they invest time and interest into fights that might not happen? How can they follow a sport that proposes such gross, dangerous mismatches in lieu of exciting and evenly-matched bouts? There is no fixture list in boxing and that’s good. It allows for a propensity to surprise. But when the surprise is the equivalent of opening a PS5 box on Christmas morning and finding a brick and a note telling you to f**k off, is it truly worth it? Boxing has endured so many black eyes this week that, were it a fighter, its cornerman would be forced to stop the fight. This can’t continue. If it does, there won’t be anyone around to watch it.