Sports
News
A gripping tale on one man's race across the Antarctic
Howard Calvert
13:00, 31 Jan 2020

In 2018, American adventurer Colin O’Brady achieved a rare world first by crossing Antarctica solo and unsupported. What does it take to ski more than 932 miles across Antarctica alone, pulling a 170kg sled for 54 days straight in temperatures as low as minus 50°C and near-constant whiteout conditions?

Only two men can tell you: Colin O’Brady is one, and the other is Louis Rudd, the British former Army captain who raced O’Brady and, in doing so, spurred him on to achieve this record.

That race forms a central part to O’Brady’s account, and he admits that Rudd’s presence in Antarctica “pushed him harder than he ever imagined he could push himself” to be the first to reach the end.

While recounting the journey, he also examines the way his past shaped the man he is today: how a moment of misjudgement while skipping over a fire-laced rope in Thailand nearly ended his life, and how his subsequent obsession with getting into the US Olympics triathlon team nearly tore his relationship with his wife Jenna apart. 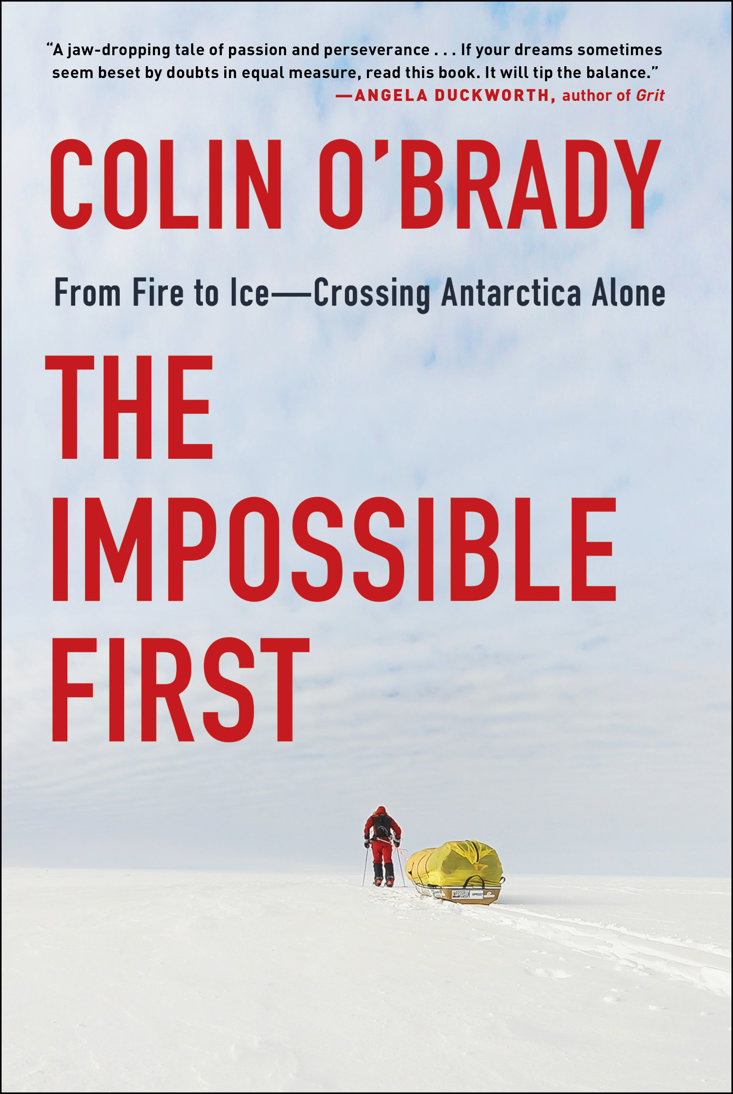 His account of crossing Antarctica is as gripping as skin on frosty metal: he’s frank about his near breakdown after just one mile when he realised he could barely pull his sled, his panic at nearly losing his tent in a whiteout storm, his disgust with himself at waking up delirious with hunger and raiding his carefully portioned food rations, his terrified confusion as he lost his grip on sanity and whether “he’d created Rudd in his mind”, his comfort at supergluing the cracks in his hands together and the pain of a frozen metal compass sticking to parts of your body you would never want a frozen metal compass sticking to.

The book serves as a document to inspire readers to attempt to achieve their own ‘impossibles’, and how O’Brady overcame insecurities, physical and mental boundaries as well as revealing his own key to unlocking potential and living fully.

The Impossible First by Colin O’Brady, out now by Scribner, £20