Brazil were simply sublime in sweeping aside South Korea 4-1 to reach the World Cup quarter final. The tournament favourites backed up their credentials with a supreme display of freewheeling attacking football. A team ripe with Premier League experience was topped off by the ever-influential Neymar, who got valuable minutes under his belt after injury struggles earlier in the tournament.

Brazil’s first half display was one of the defining modern examples of why they are such a feted footballing nation. To write down every moment of brilliance would render me an author rather than a journalist. A masterful evisceration of a weaker opponent, this had all the ruthless beauty of a 1980s Mike Tyson shellacking.

The first goal arrived by virtue of a superb piece of Raphinha skill. The Barcelona winger slalomed with the ball, showing fine control before squaring for Vinicius Jr to slam it home. A few scant moments later, Kim Moon-hwan downed Richarlison in the box. Neymar stepped up to score the spot kick, taking him to within a goal of Pele’s record of 76 for the Selecao.

Richarlison had further impact when a moment of brilliant seal-dribbling saw him give and go. The ball came to Casemiro, as the Manchester United destroyer proved himself an adept creator with a visionary through-ball. Richarlison applied the finishing touch as Brazil began pressing copies of this one-match highlight DVD.

Lucas Paqueta rounded off the half. Vinicius Jr lifted a superb chipped cross to the West Ham man, who hit a confident first-time finish into Kim Seung-gyu’s net. An emphatic full stop on a first half of savage, ruthless beauty.

Despite being very much on the receiving end, Son Heung-min is not one for giving up. The Tottenham Hotspur man went for it alone early in the second half, his shot only denied by the shoulder of Alisson. At the other end, Kim was called into action to deny a close-range finish from Raphinha.

A superb front to back move from Brazil was met with little resistance. Casemiro’s impudent flick to Neymar was set into Raphinha’s path, but the ex-Leeds United man had his shot saved. The crowd were excited to see the 39-year-old living legend Dani Alves introduced in place of Eder Militao. While this may have carried the air of a crowd-pleasing choice by manager Tite, the fact Militao was carrying a yellow card made it a pragmatic one too. 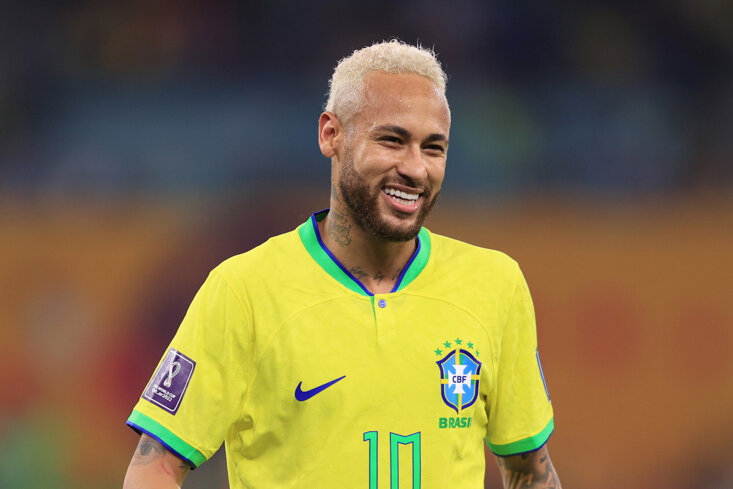 South Korea still worked tirelessly to take something from this game, even if it was just a consolation goal. Hwang drew a spectacular save from Alisson with a sweeping strike. Son had a follow-up shot blocked by Marquinhos. Part of the reason for this Brazil side’s brilliance is that they throw themselves so heartily into every facet of the game.

Heart is certainly something South Korea didn’t lack. A free kick was nodded clear by Casemiro, with Paik Seung-Ho controlled and slammed into the Brazil net. It was a superb strike, even if it did need a slight deflection to see it past Alisson. The former Barcelona academy player showed technique straight out of La Masia to give his team’s fans something to belatedly cheer.

It said everything about Brazil’s dominance, and their team spirit, that third-choice keeper Weverton was brought on with ten minutes remaining. The only member of the squad not to have played a minute so far, the Palmeiras custodian was visibly beaming as he ran onto the field. Brazil have often been blighted by egos and interpersonal conflict at previous tournaments. Touches like this are a vital ingredient in their current excellence.

France’s credentials as holders, and as the home of the prodigious Kylian Mbappe, have seen them touted as potential winners. England have surprised a few, coming into the tournament at a low ebb but finding a rich vein of form in Qatar. Spain and the Netherlands have history. Portugal have Ronaldo and Argentina have Messi. But nobody quite has the combination of peaking players, mesmeric talent and world class pedigree that Brazil boast. If someone other than the Selecao is to win this tournament, then they will likely have to pull off the almighty task of beating them to do it.