Tennis
News
The American has established herself as one of the most likeable talents in the game
Simon Lillicrap
09:01, 03 Jun 2021

At the age of 15 years and 3 months old, Coco Gauff burst onto the scene in 2019 as the youngest player to reach the main draw at Wimbledon through qualifying. In the first round she defeated five-time champion Venus Williams, which only added to the hype that saw her fourth round clash with eventual champion Simona Halep played on Centre Court.

But what has happened to tennis’ most talented teenager since her Wimbledon showing? Two years on she has progressed further, and proved that Wimbledon was nothing like a flash in the plan. Now 17, her game has progressed, even if she has been unable to match her fourth round showing at Wimbledon in the last three tournaments.

A fourth round display at the Australian Open in 2020 showed promise, but since then it has been a series of early exits for the teenager, who is still learning the game. The French Open, which she will play in the second round of today, provides the perfect opportunity to go deep into a tournament.

Gauff, alongside one of her idols, Venus Williams joined together to form a superstar doubles side that surprisingly went out in the first round of the French Open yesterday as they lost to Zheng Saisai and Ellen Perez. Despite the early exit, competing with and learning from somebody who has done so much in the game can only be beneficial for the youngster, although the pressure will now be ramped up on her in the singles competition.

Wang Qiang awaits in round two but Gauff should be feeling confident of producing at Roland Garros, despite being knocked out in round two in 2020. Her game has developed, as has her power, and she is now the highest she has even been ranked, at 25th in the world. This comes after she won both the singles and doubles events at the Emilia-Romagna Open, a tournament like the French Open played on clay, and became the first person since Maria Sharpapova in 2004 to win both titles at an event.

This puts her in great shape for the French, and looking at her first round performance, she is desperate to battle her way through the rounds. She may have won in straight sets, but the first was settled after a mammoth tie-break as Aleksandra Krunic kept digging in, serving ten aces in total. 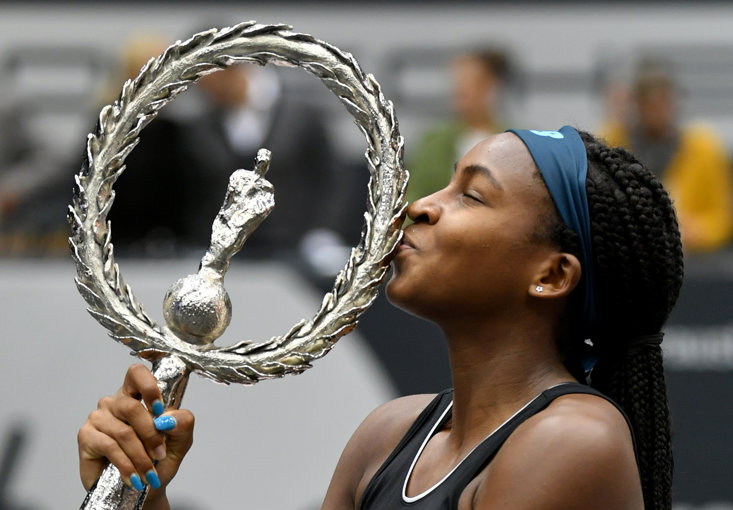 Gauff’s composure saw her through that tie and her maturity on and off the court that has impressed in recent months. With Naomi Osaka’s decision to withdraw from the competition after opening up about her mental health, Guaff showed maturity and wisdom way beyond her years to comfort the current Australian and US Open champion.

"For me, I just feel like mental health is a dear subject to me," Gauff told Eurosport. "I don't really know the details of it but I did send her a public message and then also a message in private.

"You know, just reaching out if she needs any support and letting her know that, for me, I think it's important to just have someone who can listen.”

Guaff has grown massively since that Wimbledon appearance and is now establishing herself as one of the most likeable talents in the game. Appearing in the latter stages of a Grand Slam event is next on her checklist, and the French Open may well provide her with that chance.