Tennis
News
Authorities should feel ashamed for throwing Osaka to the wolves for not playing by their rules
Conor Keane
10:47, 01 Jun 2021

Following Naomi Osaka’s decision to withdraw after the first round of the French Open, the authorities should feel ashamed for throwing her to the wolves for not playing by their rules and not actually focusing on the wellbeing of the player.

Once the four-time Grand Slam winner made her decision that she would not be taking part in any interviews during the French Open, the organisers could not wait to punish her. They saw her announcement as an act of open defiance against Roland Garros and wanted to make an example of her for their own image. They did not stop to consider the humanity behind her decision, she just wanted to protect her mental health and try and perform the best level of tennis she could without being hounded by the media.

No matter what her decision was, she was going to be hounded. It came as a surprise that the people coming after her were those you would feel would be on her side. The organisers could not wait to get the stories out to the press about handing out punishments to her or anyone attempting to shun their media duties. All they were thinking about was money and image rather than making sure that their athletes, the real money-makers of the tournament, were healthy – and not just physically. Regardless of the late timing of Osaka’s announcement, the authorities should have handled the situation with a lot more care and consideration.

It appeared that they were selfishly thinking about their revenue streams and disregarded any concern for Osaka’s mental health. With other sports hopefully watching this story, they should take note on how not to handle a player’s concerns for their mental health. 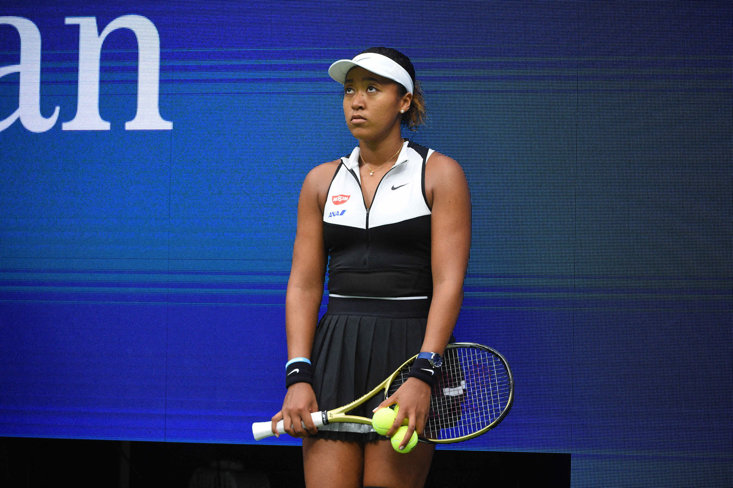 Osaka was in no way trying to spite or defy anyone, she just wanted to feel 100% as she tried to get past the third round at a tournament that has so far eluded her. It is a great shame for Osaka and Roland Garros after the 23-year-old put in a fine performance on Sunday when she defeated Romanian Patricia Maria Tig in straight sets 6-4 7-6 (7-4).

It can be said that her announcement was perhaps too soon for her boycott to be heard or understood by the organisers and that there should have been more communication between Osaka and the authorities. However, the organisers did not refrain from throwing the book at her regardless of her mental health worries.

In a statement after Osaka's withdrawal French Tennis Federation president Gilles Moretton said major tennis bodies were committed to athletes' wellbeing and improving their tournament experience, including their interaction with the media.

Osaka said "the rules are quite outdated in parts" and she wants to discuss with the Tour ways of making things better. It is clear that Osaka has been struggling with her quick rise to tennis stardom following her first Grand Slam win in New York at the age of 20. It is also saddening to think had this whole situation been dealt with amicably and professionally, she would still be set to face Ana Bogdan in the second round.

Lessons will have to be learned from this, across all sports. Organisations will need to start prioritising the mental wellbeing of their athletes and if the athletes are struggling with their mental health and want to come away from the media spotlight, a compromise must be made.