Conor McGregor has insisted his trilogy fight with Dustin Poirier is off after the pair were involved in a war of words on social media this week. The Irishman will now look for a replacement for the UFC headliner on July 10 after Poirier claimed McGregor failed to keep a promise in donating half a million pounds to the American’s charity.

The Notorious was clearly irked by the accusation and called the bout off before arguing he never sends funds until he has evidence as to where the money is going.

McGregor took to Twitter and told Poirier, “You're ripped you inbred hillbilly. Why do you wink with your ears? You f*****g brain dead hillbilly. 500k with no plan in place. Ye hang tight. Fool.

“You must be new to money. The fight is off btw. I'm going to fight someone else on the 10th. Good luck on your old contract kid.”

“My team does their due diligence to make sure every donation meets the mark. My generosity is known.

“You will pay with your brain for this attempt at smearing my name. Shooting ass shelling ass b****. Little b***** kicks from a shell. Good luck when you're caught. You're f*****.” 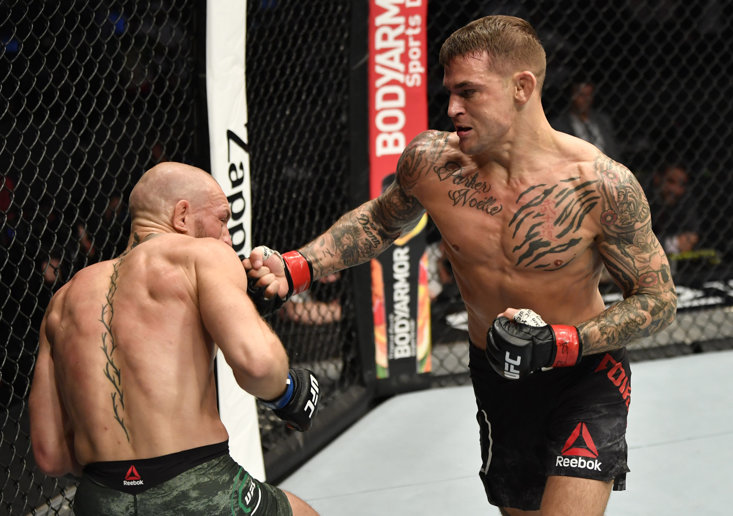 The dispute started after Poirier responded to McGregor’s claim he would win the trilogy with a ‘front kick to the nose’ by declaring, “That’s a fun prediction! You also predicted a donation to my foundation and you and your team stopped responding after the fight in January. See you soon. July 10th Paid In Full!'

“We thanked him because his team reached out fight week to initiate the process but ghosted us the past two months after the fight," he added. "My foundation has reached out three times since with no reply. We've moved past it! We will be announcing our next goal soon! It's a big one.'

McGregor replied, “A donation, not a debt. We've been awaiting the plans for the money that never came. I do with all my donations. Know where it's going dot for dot. Otherwise it goes walking. As is the case with a lot of these foundations, sadly. You took the McG over the belt shows I was right.”

Not deterred by McGregor’s decision to pull the plug on their fight, Poirier responded, “100% never a debt. You offered, we accepted, and like I said your team never responded to our emails regarding the process of where funds would be put to work! July 10th you will taste defeat yet Again.”

McGregor will fight this summer but it seems UFC fans will miss out on the trilogy with 'The Diamond.'