Day 10 of Tokyo 2020 had plenty to offer as Team GB claimed another gold to add to their impressive start at the Games. Here are the highlights of the day’s action.

Both McEwen and Townend went head-to-head in the individual event and the former took the silver medal to top off an excellent day for Great Britain in the event.

Great Britain’s Emily Campbell took silver in the +87kg category with an exceptional performance, becoming the first British female weightlifter to claim an Olympic medal. The 27-year-old lifted a total of 283kg and told BBC Sport: “I am speechless, for the first time ever.”

“You know you can get in shape coming into these things, you know you want to perform your best, but to actually put it out on the stage, I’m really thrilled.”

She added: “Thanks for believing in me. You can achieve anything you want to achieve. I picked up a barbell five years ago for the first time and now I am an Olympic silver medallist.” 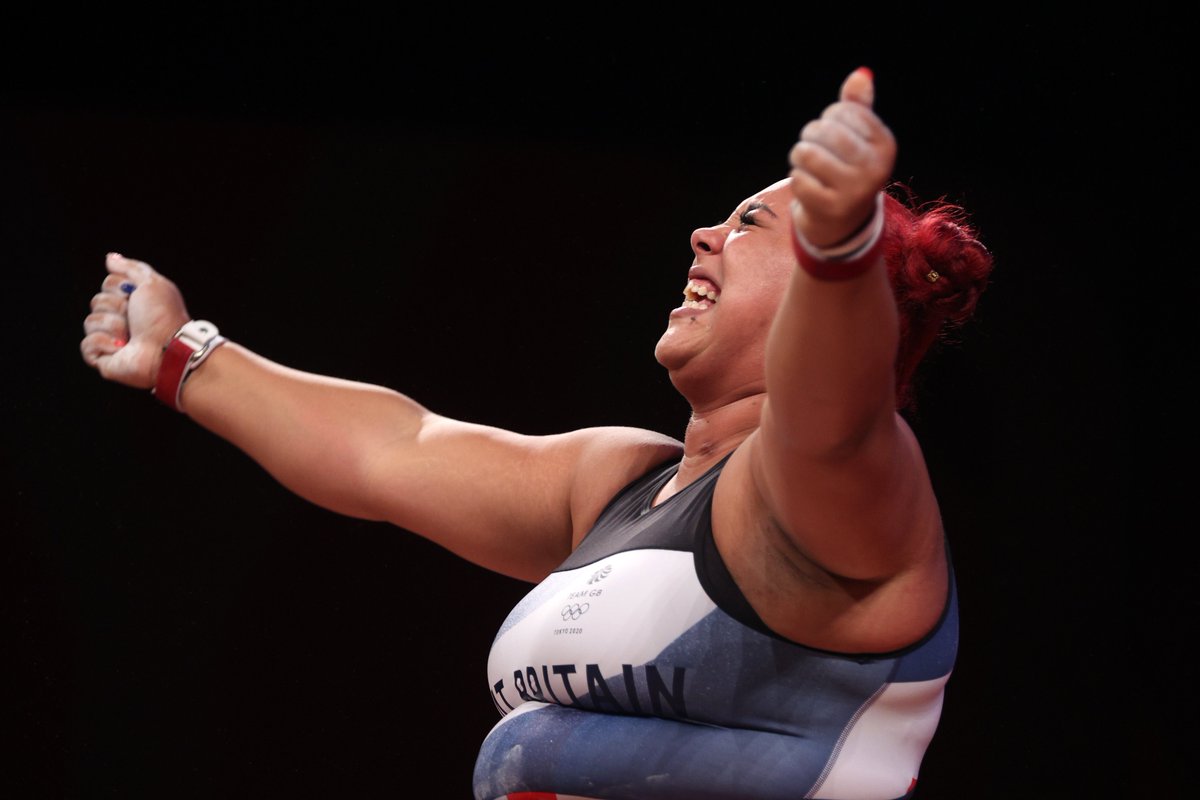 Meanwhile China’s Li Wenwen took the gold with a new Olympic record of 320kg. New Zealand’s transgender weightlifter Laurel Hubbard has been constantly under fire by people claiming she should not be able to compete in the women’s category because her genetic make-up will carry an unfair advantage over her fellow competitors.

It appears that argument was made redundant as the first trans woman ever to compete in a solo event, crashed out of the Olympics by failing to record a valid lift. Hopefully more people will support her and accept that she does not have an advantage over the other Olympians.

USA were left to rue missed chances as the World champions crashed out to neighbours Canada. The four-time gold medal winners will have to battle Australia for the bronze.

Canada’s Jessie Fleming scored the deciding penalty that won the crunch tie for Beverly Priestman’s side. They will be guaranteed a silver medal after taking the bronze in London 2012 and Rio 2016. They will face Sweden in Friday’s gold medal match.


Simone Biles back in action on Tuesday

US gymnast Simone Biles will return to Olympic action in the beam final after her withdrawal for mental health reasons in the team event last week. The 24-year-old performed on the vault before leaving the event saying she wanted to protect her mental health.

There will be a lot of hope that the gymnast will be feeling a lot better after her short spell away and she will be hoping to better her result five years ago where she took the bronze in Rio.

Team GB booked their place in Wednesday’s semi-final against the Netherlands as they beat Spain 2-2 (2-0) as goalkeeper Maddie Hinch made herself the hero in the shootout and she was described as a brick wall. 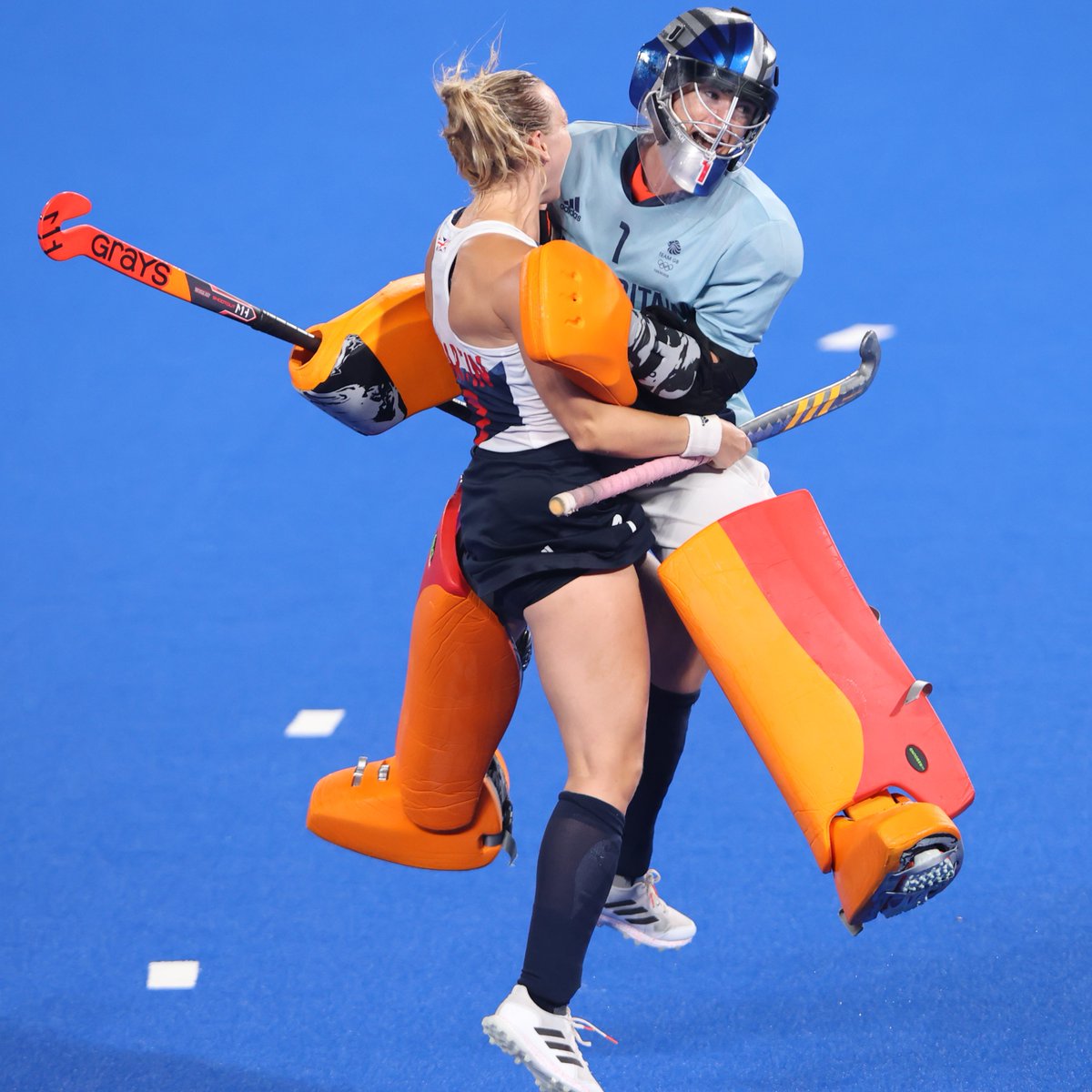 The reigning Olympic champions are one step closer to retaining their gold medal and they had Hinch to thank whose heroics in the shootout ensured the dream consecutive gold medal title is still on the cards.

The Dutch runner has already claimed one of the three golds she has been aiming for as she has reached the 1500m final which takes place on Friday and she will also chase the 10,000m title on Saturday as she aims to complete a historic hat-trick.

x
Suggested Searches:
Manchester United
Liverpool
Manchester City
Marcus Rashford
Premier League
More
sports
How Elite Athletes Like Ronaldo And LeBron Have Adapted Their...
Cristiano Ronaldo’s goal for Manchester United in their 2-1 loss to Young Boys last night showed [ ... ]
sports
Teenage Kicks: Raducanu Joins Elite Group Of Top British Sporting...
Emma Raducanu stunned the world with her incredible US Open final win in straight sets over Leylah Fernandez. [ ... ]
sports
Enter The Dragon: Bryan Danielson Shakes Off ‘Daniel Bryan’
Daniel Bryan is dead. Long live ‘American Dragon’ Bryan Danielson. Whatever you know him [ ... ]
sports
The Shape Of Punk To Come: AEW Return To Chicago For All Out
AEW returns to pay-per-view with All Out on Sunday night, broadcasting live from the Now Arena in Chicago, [ ... ]
sports
Rebuilding Ric Flair: How Vince McMahon And Triple H Saved 'The...
‘Nature Boy’ Ric Flair returned home on Sunday night, when he made his return to the National [ ... ]
sports
The Superhuman Superstars Inspiring A New Generation At The...
The Paralympics are well underway and some of the most inspirational humans the world has to offer are [ ... ]
sports
From Undisputed To A Little Bit Of The Bubbly, Chris Jericho's...
Wrestling legend Chris Jericho will put his career on the line when he faces MJF at AEW All Out on 5th [ ... ]
sports
From Fireworks In France To Disco Demolitions: The Ugliest Conclusions...
Last night we saw the match between OCG Nice and Marseille abandoned as a result of disgraceful behaviour [ ... ]
sports
Many Happy Returns - Becky Lynch And Brock Lesnar Shake SummerSlam
‘Comeback’ was the key word at WWE Summerslam on Saturday night as over 50,000 fans at Allegiant [ ... ]
sports
Sports vs Videogames: When Tyson, Zlatan and LeBron Raged Against...
After a drawn-out legal dispute, Manchester United will be renamed ‘Manchester UFC’ on the [ ... ]
sports
From Ruthless Aggression To Out-Rapping The Rock, John Cena’s...
John Cena takes to the ring on Saturday in his first pay-per-view main event for over three years, when [ ... ]
sports
CM Punk Prepares To Return - Will He Drop Another ‘Pipe Bomb’?
While nothing is 100% sure in the world of pro wrestling, all credible indicators point to the fact [ ... ]
sports
WWE SummerSlam Brings Cena, Edge And More To Nevada
SummerSlam has traditionally been WWE’s second-biggest event of the year, below only WrestleMania [ ... ]
sports
Farewell Tokyo, Hello Paris! How Will Team GB Look At The 2024...
So the curtain has come down on Tokyo 2020 and although this was the ‘extended version’ [ ... ]
sports
Kenny's Keirin, Brown's Bronze & The Sportsman's Highlights...
The Tokyo 2020 Olympic Games might be over but they have left The Sportsman’s team with plenty [ ... ]
sports
Another Astonishing Olympics For Team GB - But Is This The Peak?
We didn’t know if it would even take place, but the sun has set on a Tokyo Olympics that has thrilled [ ... ]
sports
Day 14 Olympics Round-Up: Kenny Becomes First Female Brit To...
We are in the final straight of the spectacle that is Tokyo 2020 and while this great Olympics is drawing [ ... ]
sports
Day Eleven Olympics Round-Up: Thompson-Herah Wins Double-Double...
An astonishing day of Olympic action unfolded in the Japanese capital as there were more golds for Team [ ... ]
sports
Mixed Events Are Here To Stay After Team GB's Tokyo Olympics...
Tokyo 2020 has seen the introduction of some new encapsulating mixed events that could be the future [ ... ]
sports
Italy Continue To Defy The Odds As Perfect Summer Continues...
There could be no such thing as the perfect summer of sport, but if there is, Italy are experiencing [ ... ]
sports
Day Eight Olympics Round-Up: Relay Gold For Team GB Despite...
Team GB enjoyed more success on day eight of Tokyo 2020 as further history has been made in these historic [ ... ]
sports
From Dina To Daley, Here's What's In Store For Week Two At Tokyo...
The first week of Tokyo 2020 has been full of excitement and has produced some great entertainment. [ ... ]
sports
Day Five Olympics Round-Up: Mallory Franklin Takes Silver In...
Day six of Tokyo 2020 brought more excitement and Great Britain managed to pick up a few more medals [ ... ]
sports
From Raging Bull To Rudy, Ten Of The Greatest Sports Biopics...
This week saw the trailer drop for King Richard, a brand new biopic of Richard Williams, father [ ... ]
sports
Day Five Olympics Round-Up: GB Relay Team Storm To Gold & Dujardin...
Tokyo 2020 continues to thrill, with Great Britain collecting more medals on Wednesday and some high-profile [ ... ]
sports
Simone Biles Should Be Applauded For Her Withdrawal, Says Mental...
Simone Biles’ decision to withdraw from the all-around gymnastics final has been applauded by [ ... ]
sports
Day Four Olympics Round-Up: More Medals For Team GB In Best...
Great Britain has never had such a successful start to an Olympic Games. As day four comes to a close, [ ... ]
sports
Tokyo Olympics Day Three Round-Up: Team GB Enjoy A Magic Monday
It was a thrilling Monday for Team GB as the squad brought home five medals, including three golds, [ ... ]
sports
From Child Prodigy To Champion, Tom Daley Succeeds In Quest...
It has taken four Olympic Games, but Tom Daley finally claimed his first gold medal alongside Matty [ ... ]
sports
Tokyo Olympics Day Two Round-Up: Team GB Get Medal Tally Up...
There was finally some medal success for the Brits, a match to forget for the USA’s men’s [ ... ]