Long Island, known for its incredible music, beaches and iced tea, hosts a UFC featherweight clash between two stalwarts of the division on Saturday night.

Number two ranked Brian Ortega returns to the cage for the first time since his performance of the night-winning loss to champion Alexander Volkanovski, facing off against The Ultimate Fighter: Latin America winner Yair Rodriguez, also entering the cage on the back of a loss, losing out to Max Holloway last time out.

Here’s everything you need to know ahead of a huge Saturday night of action.

This matchup could be a crazy one to watch. Brian Ortega, is an unorthodox striker that lives and breathes martial arts in a very pure form, often pushing himself too far in the search of greatness. Yair Rodriguez, also known for unorthodox striking, superb kickboxing and the heart of a lion. Both men are entering the Octagon on the back of losses, however they were both different. 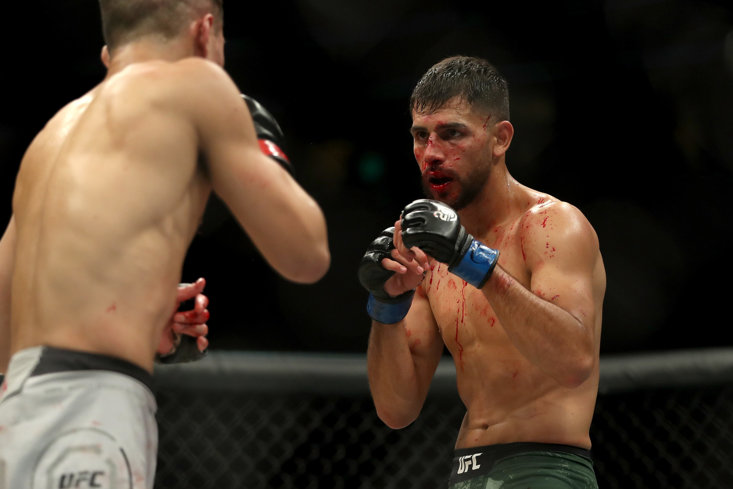 Rodriguez lost out to Max ‘Blessed’ Holloway last year in a one-sided affair where he was simply outdone on the night by the Hawaiian’s near-perfect striking. Ortega, on the other hand, provided Aussie champion Alexander Volkanovski with the toughest test of his reign so far, bar maybe his second fight against the aforementioned Hawaiian.

In that fight, Ortega won the performance of the night bonus after catching the champ in two fight-ending submissions which he managed to escape against the odds. Despite his failure to get the job done, he earned the respect of the champion for his incredible engine and epic grappling.

The only downside to Ortega is his gung-ho attitude leaves a lot to be desired when defending, something he’ll have to watch out for against Rodriguez. El Pantera has as many knockouts on his record as decision wins thanks to his striking technique, mixing up punches and kicks with speed and precision.

The odds sit in Ortega’s favour but Rodriguez is still young and hungry. If he was to lose on Saturday night, don’t expect him to fall down the rankings too much as he’ll be fighting again before the end of the year.

Other Fights To Watch:

This card is jam-packed with talent. Before the main event we have Michelle Waterson and Amanda Lemos looking to get back into the win column. Li Jingliang has impressed massively, finally earning a rank in a busy welterweight division, and now fights the ‘King of Kung Fu’ Muslim Salikhov, who faces his first ranked opponents.

Matt Schnell finally gets another chance in the ring after countless fight cancellations and an unlucky submission loss last time out, fighting Su Mudaerji, a young fighter known as the ‘Tibetan Eagle.’

Also notable fighters on the card include the electrifying Shane Burgos, the legendary Miesha Tate and Welsh wrestling technician Jack Shore. Plenty of fights to enjoy at an international friendly time.