It took just four rounds for Daniel Dubois to bring down Trevor Bryan at the Jai Alai Casino in Miami this weekend, picking up the WBA ‘regular’ title in the process.

The win means that the British heavyweight is now the mandatory challenger for the ‘super’ title held by Oleksandr Usyk. However, with the Ukrainian’s rematch with Anthony Joshua looking likely to land in August, Dubois might be keen to look elsewhere in the interim to keep his momentum going.

He isn’t short on options while he waits though and here are just five options for Dubois to consider.

Dillian Whyte would be a considerable step up in class from Bryan for Dubois, but it’s clear that the 24-year-old is looking for big names now that he has some form of world title in his collection. The ‘Body Snatcher’ would certainly fit that billing.

Speaking after the fight, Dubois’ trainer Shane McGuigan said: ​​“It would be a huge step-up for him [Dubois] but I think it would sell out any arena we took it to. It would create a lot of interest because a lot of people will think he isn’t ready for it.” 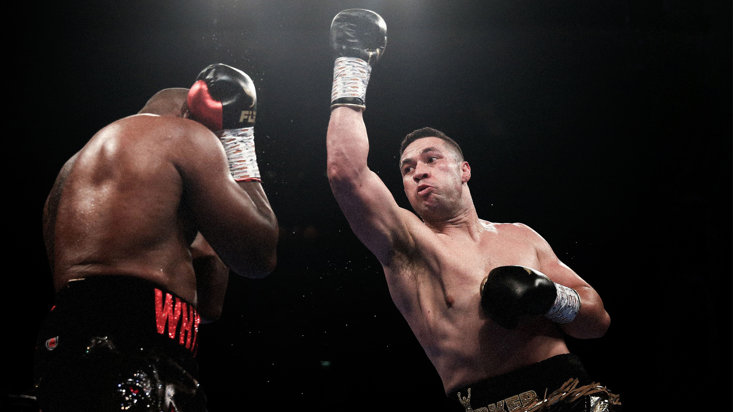 Former WBO world champion was another name on Dubois’ lips following his win over Bryan. The popular Kiwi is a tried and tested operator at the top end of the heavyweight division and, like Whyte, would provide ‘DDD’ with a serious test. There are still question marks hanging over Dubois since his knockout defeat to Joe Joyce in 2020 and a win over the durable Parker, ranked 4th in The Ring’s heavyweight rankings, would put him right among the division’s best.

Speaking of Joyce, how about a stab at vengeance? Dubois’ promising career was derailed by the ‘Juggernaut’ after some relentless jab work to the eye brought him to his knees in the tenth round. Unable to beat the referee’s count, Dubois was handed his first and only professional defeat. To add salt to the wound, the manner of his defeat prompted some onlookers to call Dubois a “quitter.”

Joyce is currently on the sidelines after a fight with the aforementioned Parker fell through. As the WBO mandatory, he’s currently awaiting the outcome of the Oleksandr Usyk/Anthony Joshua rematch but he might be tempted to run it back with Dubois if the money was right. 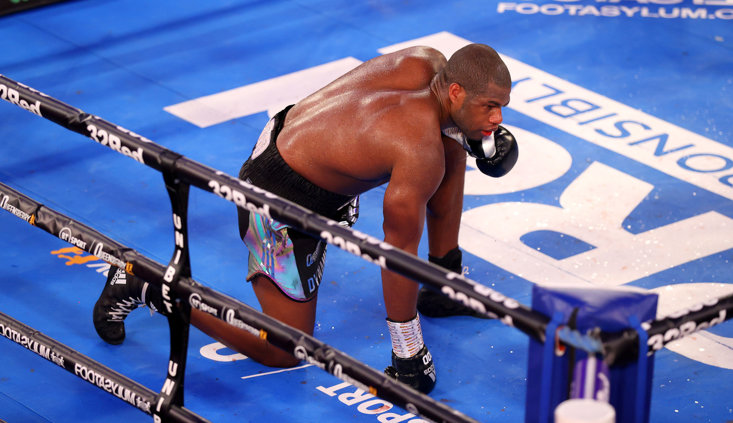 Dubois takes the knee against Joyce in 2020

Perhaps the most likely option. Hughie Fury and Michael Hunter take on each other at the AO Arena in Manchester on July 2nd. A WBA eliminator for the ‘regular’ title, the winner will find themselves on a collision course with Dubois should he choose to remain the holder - which he almost certainly will. Neither men are as heralded as the names mentioned above but are both ranked in the top 20 heavyweights by Boxrec and present significant challenges.

Another two names with a showdown on the horizon. Dereck Chisora and Kubrat Pulev, two veterans of boxing’s marquee division, are set to do battle in London on July 9th. Chisora, 38, is on a three-fight losing streak after two defeats to Parker and a loss to Usyk, but ‘Del-Boy’ fights are seldom dull and he represents a potentially big name for Dubois’ blossoming CV.

Pulev, 41, is another decent name in the twilight of their career. The Bulgarian has only fought once since his defeat to Anthony Joshua in 2020, beating Jerry Forrest on a Triller Fight Club card in May. Should he get past Chisora, he’d be a good test of Dubois’ incredible knockout prowess (89.47%), having only been stopped twice in 31 outings and those were against Joshua and Wladimir Klitschko.