Boxing
News
We break down everything you need to know about this curious bout between boxing legend and YouTuber
Kieran Spratt
12:02, 05 Jun 2021

The exhibition between 50-0, five-weight world champion Floyd Mayweather and 0-1 YouTube extraordinaire Logan Paul is nearly upon us and while it’s not everyone’s cup of tea, it’s unquestionably the most talked about sporting event of the weekend. Below we break down everything you need to know about this curious bout…

Mayweather and Paul will go head-to-head at the Hard Rock Stadium in Miami, Florida.

After the initial date of February 20 was scuppered, a new date was agreed for Sunday June 6. However, for UK fight fans It will likely start in the early hours of Monday morning with the two fighters are expected to make their ring walks from around 4am.

The fight will be shown live on Sky Sports Box Office with their broadcast starting from 11:55pm Sunday and it will cost £16.95.

The exhibition match will be eight, three minutes rounds with no judges scoring the fight and thus there will be no winner. Knockouts, however, are allowed and the referee will stop the fight if needed. There will be no headguards and the fighters will lacing up with 10oz gloves. The outcome of the fight will go on neither’s record so Mayweather will still be 50-0 when all is said and done and ditto Paul with his 0-1 record. 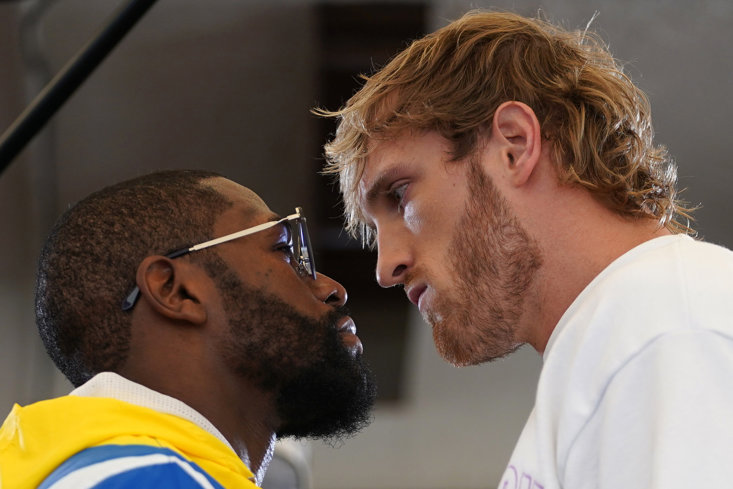 Floyd Mayweather: “It really doesn't matter if I have an intense training camp or don't. This kid doesn't have a chance in hell. I can't be f***ing beat. I'm Floyd. I beat the biggest names - real fighters. This is a YouTuber, c’mon now.”

Logan Paul: “What happens if I win? The world's axis stands still, time will stop, it's going to be the biggest upset in the history of combat sports.”