Betfred’s Kevin Tsang gives us a breakdown of the action across a packed card in Las Vegas this weekend...

Where, when and how can I watch it?

UFC259 will be broadcasted live on BT Sport 2 in the UK with the early prelims starting at midnight and the main card kicking off at around 3am GMT. We expect the main event of Blachowicz and Adesanya to start at around 6am GMT. 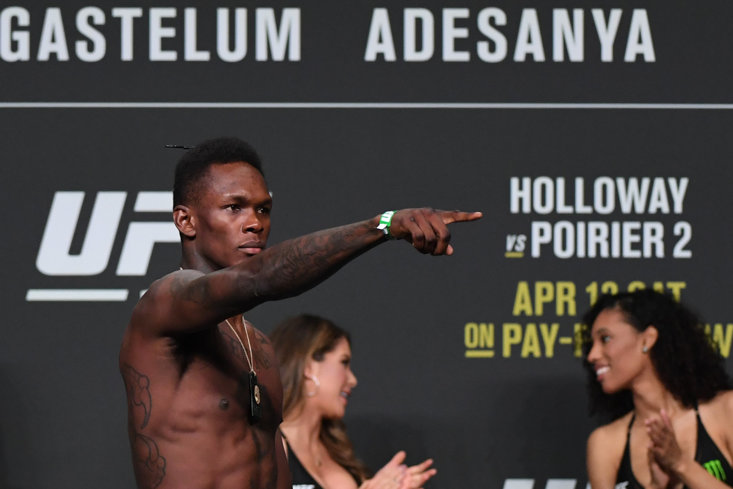 Undefeated in his MMA career (20-0) with 15 knockouts, Adesanya really is the modern-day Anderson Silva. But can he do what “The Spider” never achieved and become a two-division champion in the UFC? We’ll find out on Saturday night!

Adesanya’s last fight came against Paulo Costa at UFC253 back in September 2020. Undefeated at the time, many MMA fans expected Costa to be Adesanya’s toughest test, due to his relentless striking and pressure on the feet, but in the end, it became one of his easiest.

Throughout the fight Adesanya was able to use the pressure against his opponent and constantly punish Costa as he went on the offense. Costa eventually broke down in the second round and the Style Bender finished him with a TKO victory. 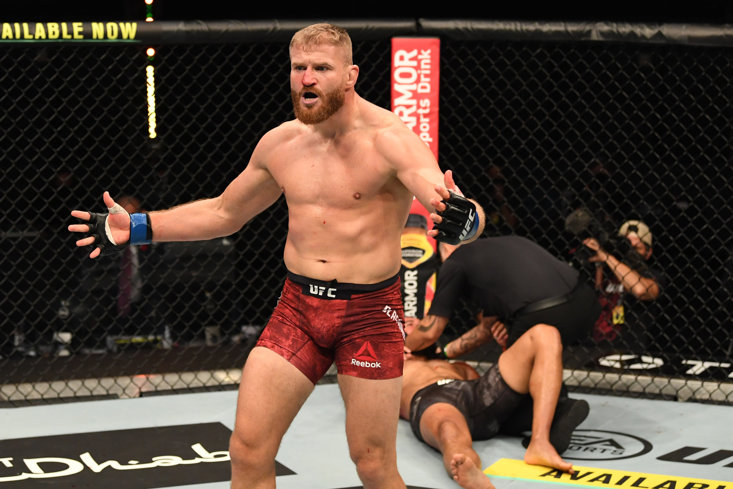 2020 was a massive year for Jan, who became the first Polish male UFC Champion ever and didn’t he do it in style? He claimed the Lightweight belt by defeating the ever so talented Dominic Reyes at UFC253.

The fight played exactly how he wanted, staying calm and collected in the first round as he knew Reyes is known for his explosive starts. He threw some lovely combinations and finished them off with kicks to the body. In the end, this seemed to be the winning formula for Jan (27-8-0). The damage sustained on the right side of Reyes seemed to have been too much and this eventually made his opponent drop his hands and leave himself open to a vicious left hook.

Since his defeat to Thiago Santos, we’ve seen Jan grow in all areas of his game. There’s no doubt he has the power, his grappling has improved along with his striking. But I believe Adesanya is just in a class of his own.

At times, Jan can be very flat-footed in his fights and this can be extremely dangerous against a fighter like Adesanya. Watching Adesanya’s previous fights, he’s very patient, quick and he’s incredibly precise with his shots. Similar to Anderson Silva, he’s got that natural ability to sense out an opponent’s weakness and capitalise on it. For me this is an easy KO victory for Adesanya. 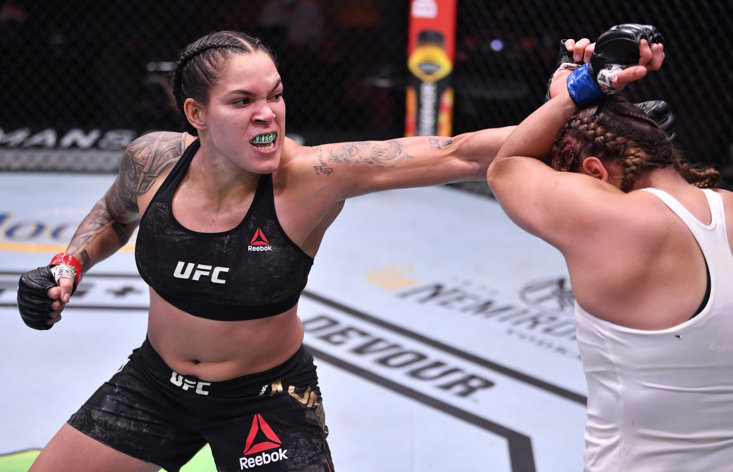 There’s no doubt in my mind, Amanda Nunes (20-4-0) is the greatest Female MMA fighter of all time, as she is the only fighter to ever hold and defend two UFC titles simultaneously. Her last performance came against a tough Felicia Spencer, which lasted the full five championship rounds.

Overall, it was just a dominant performance by the champ, out-striking her opponent and going toe-to-toe with Spencer in the grappling exchanges. Huge credit to Spencer for going the distance, as this fight could have definitely been called early. Nothing but perfection, in my honest opinion! 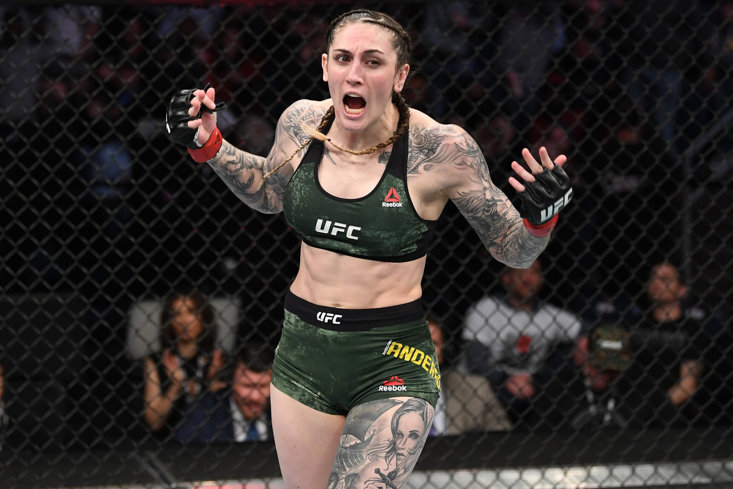 With two first round finishes in her last two fights, Megan Anderson (11-4-0) secured herself a bout with one of the greatest MMA fighters of all time. Her last fight came against Norma Dumont, where she showed great defence early to stop all of her opponent’s takedown attempts. With little success, Dumont seemed exhausted and then, out of nowhere, a counter right drops Dumont like a sack of potatoes and that’s all she wrote.

The first thing we have to address is the height and reach advantage. Megan Anderson is a tall (6ft) featherweight with an incredibly long reach (72 ½). In contrast to Amanda Nunes with a height of 5ft 8in and reach of 69 inches, which is weird because in most cases Nunes would usually have the reach advantage. Therefore, we might see Nunes get outgunned on the feet and if she does it would be one of the greatest upsets in MMA history.

However, I honestly cannot see this happening. Amanda Nunes is a special breed of fighters who covers all areas of MMA extremely well. Her striking is ferocious, her ground game and grappling is strong. So for me, I believe Amanda will get the job done early. 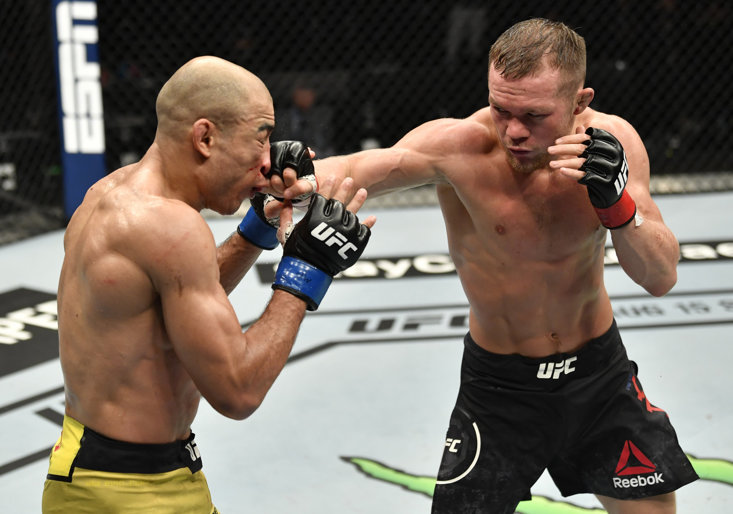 Newly crowned bantamweight champion, Petr Yan (15-1-0) makes his first defence against No.1 contender Aljamain Sterling. There are a lot of questions around whether Yan is the real deal or not because as we’ve seen in the past, it’s a challenge to become champion, but to defend it is another.

Yan’s last performance came against “The King of Rio” and arguably one of the best featherweights of all time, Jose Aldo. It was a slow start from Yan, but as we got into the championship rounds, we saw him put the pedal to the gas and started teeing off against the former champion. He started to find his range and a one-two in the fifth dropped Aldo to claim the title. 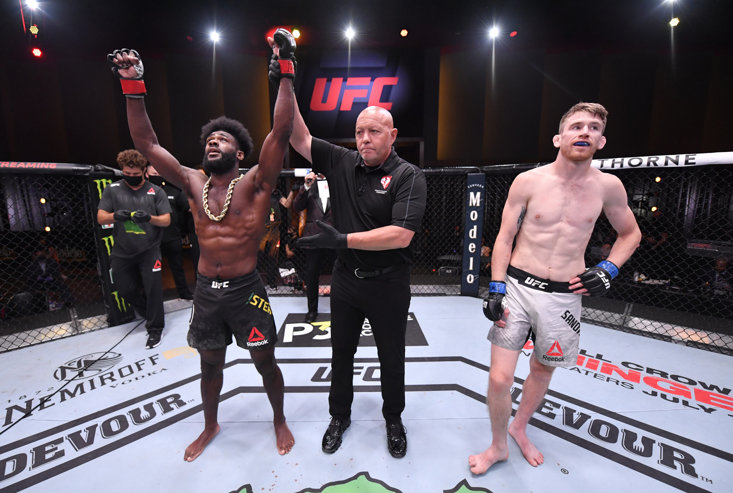 Often described as the Jon Jones of the bantamweight division, Aljamain Sterling is coming off one of his greatest win streaks in his UFC career and his last performance, against Corey Sandhagen, was even more impressive.

Sterling exploded out of the blocks, putting the pressure on his opponent. He eventually caught one of Corey’s kicks and immediately got him into clinch. Using his pressure against the cage, Sterling was able to manoeuvre on to the back of his opponent and eventually finish him off via a rear naked choke.

Undoubtedly, Yan is a very talented fighter with ridiculous cardio and is a master when it comes to boxing. He’s also got a very good chin and is a very good counter puncher. But how good is his grappling? In all of his fights in the UFC, we’ve never seen him against a top-class wrestler.

Sterling’s career made a huge turnaround as his striking improved in 2018. Whilst I assume his game plan is to take Yan to the ground and not go toe-to-toe in on the feet, his improvements in his striking will help set up those takedowns.

Overall, we know more about Sterling’s striking more than Yan grappling, which makes me believe that we’ll see a new bantamweight champion on Saturday night!