There has been an awful lot of discussion about the pan-European nature of Euro 2020, with Uefa president Aleksander Ceferin saying the competition in this format is unlikely to happen again. The final sees England with the opportunity to win their first trophy since 1966 on home soil, but how have previous home nations got on when it comes to the showpiece event?

It has only happened five times before, and recent history suggests that being the home favourite may not always be a good thing...

Spain hosted the second edition of the tournament as just four nations took place in the finals held in two of the most historic stadiums in world football, the Santiago Bernabeu and the Nou Camp. It was the home of Real Madrid that was selected for the final where the home nation would take on a talented Soviet Union side for the title.

There was English representation in this final as Arthur Holland officiated the game and two goals in the opening ten minutes got the game off to a flyer as the visitors pegged back the hosts to level the scores. Then in the 84th minute came the moment every Spaniard had dreamt of. Marcelino Martinez stooped to head in a cross and send a packed Bernabeu absolutely wild.

To this day, Jose Villalonga Llorente, at 36, is the youngest manager to win the European Championship as the hosts went home happy.

Four years later the hosts would reign supreme once again, although they would need a ginormous slice of fortune just to make the final in their home country. In Naples against the Soviet Union, they drew 0-0 after extra-time in torrid conditions and in the days before penalty shootouts, the match was decided by a coin toss in the dressing room!

The Italians won and progressed to a final against Yugoslavia, who had beaten world champions England in the semis, but couldn’t beat them at the first time of asking either. The first game was drawn 1-1 and went to a replay, where goals from Luigi Riva and Pietro Anastasi handed them a 2-0 win at the Stadio Olimpico. And people say England are lucky! 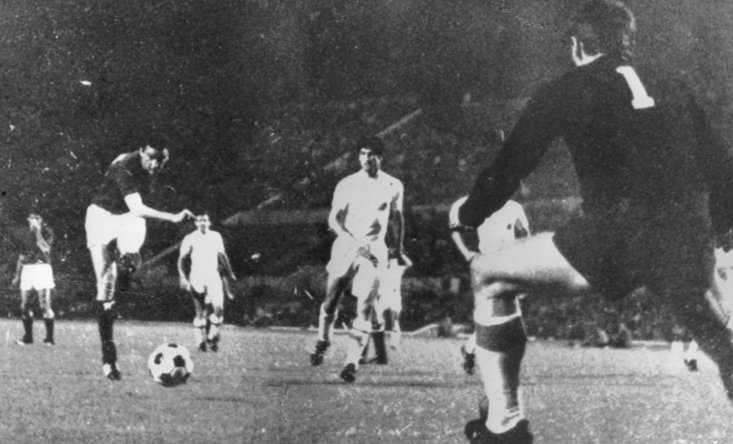 Another host nation. Another win. Michel Platini scored nine goals, a record haul at the tournament that still stands, for the hosts as they romped to victory in Paris. His record at this tournament is nothing short of ridiculous. He scored in every single match. Seven goals in three group stage matches, including two hat-tricks, the crucial goal in the 119th minute against Portugal in a 3-2 semi-final win and one goal in the final to bring home the trophy.

Home advantage played little part in this one, Platini could have won this competition for France if it was played on the moon. 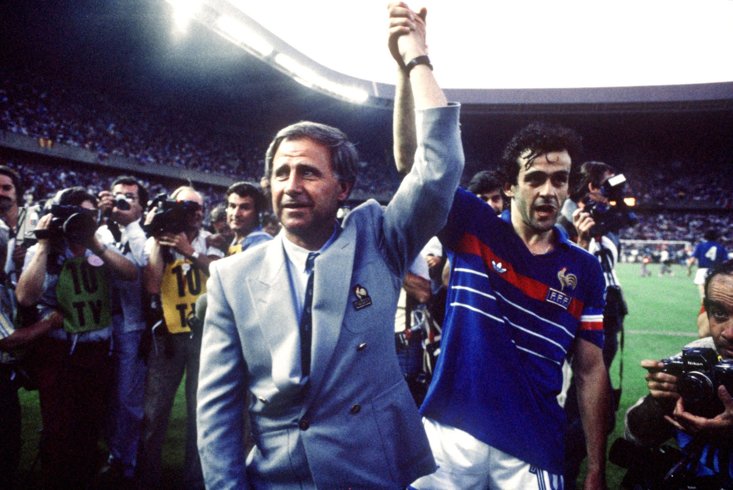 As you can see, no home nation had ever lost a final by the time 2004 rolled around and Portugal hosted an unfancied Greece side who had battled their way to the final. Cristiano Ronaldo, Luis Figo and Rui Costa led a talented Portuguese team who looked destined to end their wait for a major trophy.

However, the Greeks had other plans. They had already stunned the host nation in the final with a 2-1 win but they somehow managed to repeat the trick in the biggest game of the lot. Angelos Charisteas, who also scored the winner against holders France in the last eight, popped up with the winning goal in the biggest shock this tournament has ever seen. 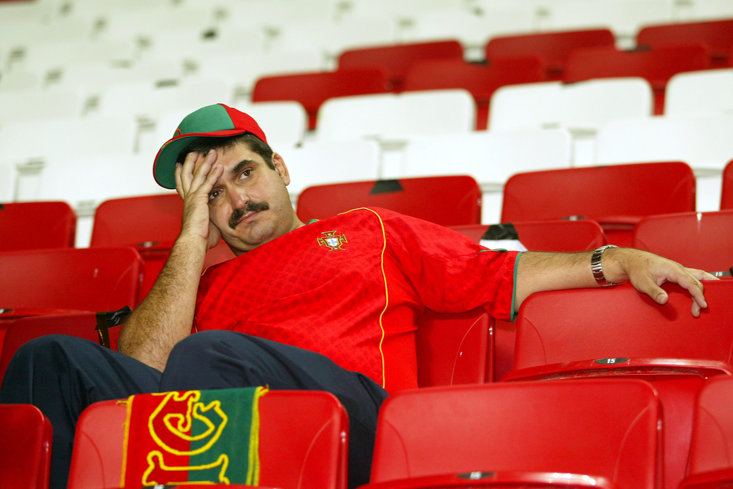 Portugal would have to wait 12 years for their redemption story as Cristiano Ronaldo finally got his hands on international silverware. In this first 24 team tournament, the Portuguese were woeful in the group stages, drawing all three of their matches, and only made it to the knockout stages thanks to the new (and rubbish) third place rule.

The round of 16 saw them beat Croatia in extra-time, then Poland on penalties before they beat Wales to make it to the final. Ronaldo, having been injured, was the world’s most animated cheerleader and went absolutely nuts as Eder struck the winner in extra-time.

So the last two hosts have tasted final heartbreak, how will England fare at Wembley?