Sports
News
The Hawaiian was back in the water three weeks after the attack
Jack Porter
13:32, 31 Oct 2021

This article first appeared in The Sportsman on 03/11/20

Prior to the moment that would threaten to change her life, Bethany was a superstar in the making. It didn’t matter that she hailed from a tiny island in the middle of the Pacific Ocean. She didn’t just become the face of surfing, but became the embodiment of the sport’s ethos and mythos.

“I started competing basically when my parents could push me into a wave and push me back out. I was about four or five!” she recollected some years later. “I just continued competing and was pretty hooked. I was just obsessed with it all, the lifestyle.”

Bethany began starring in amateur events around Kauai, the Hawaiian island she called home, with a strong performance in a competition on Oahu suggesting hers was a career arc with no limits. “It was looking pretty promising,” she retrospected.

But on Halloween of 2003, when she was just 13 years old, Bethany was surfing off Kauai with a group of friends, as was her daily want. The waters she knew well. From birth she had lived and breathed paradise (Kauai was the setting for the fictional island of Jurassic Park) and the teenager was beginning to become part of the paradise itself. Then paradise became temporarily lost.

A shark attacked her, biting her left arm clean off. She lost about 60 per cent of her blood and suffered hypovolemic shock. “It was just a miracle that I survived and made it to the hospital and I’m still here today,” she later described, “I’m just stoked to be alive and doing what I’m doing.” 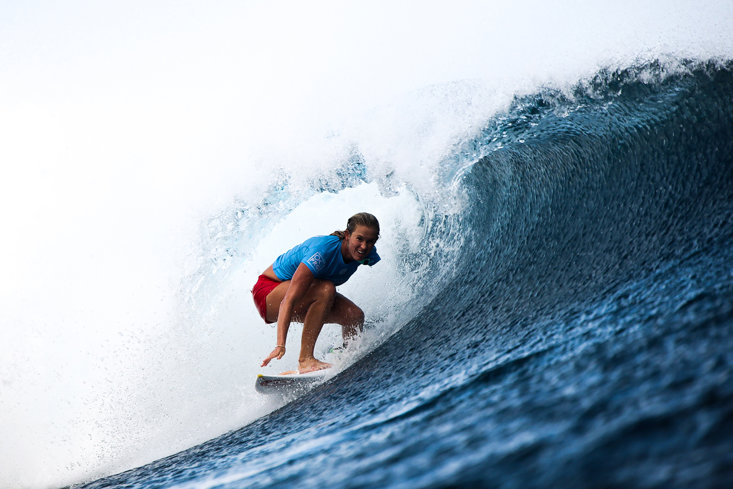 Bethany was alive, but her lifestyle, the one that she had almost been baptised into in the waters of Hawaii, was now threatened.

“My personal plan was to become a pro surfer and blow up in the surfing world. And then I lost my arm. It came to the point of thinking, ‘Am I going to be able to surf anymore?’”

Options that fluttered through her mind included moving to the mountains to snowboard, or to change vocations altogether and become a photographer, “But inside I knew I just wanted to try surfing again.”

So she did start surfing again... just three weeks after the attack.

“I got up on my third wave and pretty much right then I knew I’d be surfing and be in the ocean for as long as I live.”

In the early days following, the greatest challenge in returning to the sport she loved was getting up on the board. Since then, the only adjustment she’s had to make is using a board with a special handle that helps her to paddle out by duck-diving under oncoming waves. Mentally, there was no hesitation related to the dangers out in the water.

“It’s not that dangerous compared to, like, driving in a car,” she proclaimed shortly after the attack. “There’s way more car accidents than surfing injuries. Ninety-eight per cent of the time you’re not going to get hurt. I don’t think I’d be getting all the attention from the media if I didn’t go back out there and surf.”

She engaged in a media tour less than a month after her accident, granting interviews to channels from all corners, with the movie 'Soul Surfer' subsequently made about her, and her Instagram account - where she posts enviable pictures of her professional and personal lifestyle in the 50th state -  now has over two million followers. 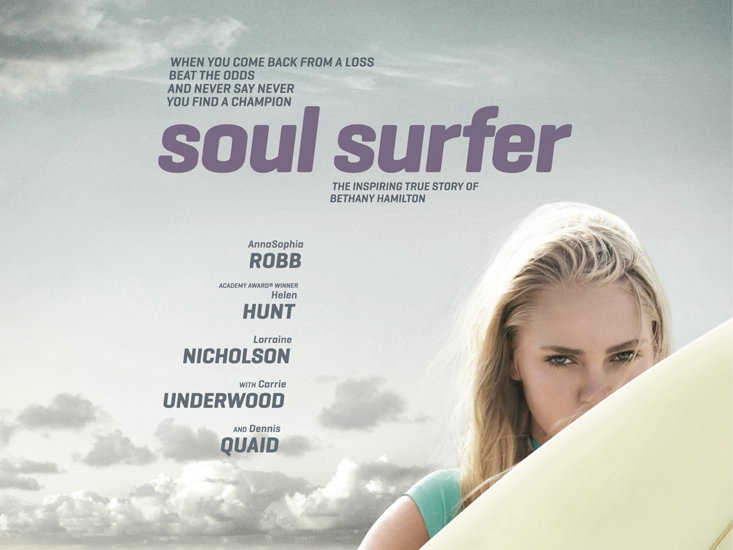 In 2018 a documentary directed by Aaron Leiber, 'Bethany Hamilton: Unstoppable', was produced about her life as a professional athlete and parent (she is now a mother with two sons). The shark may have taken a sizable piece of her, but the world’s media had quickly gone for the rest of her, even more ruthlessly. For a girl from a small town, who knew everybody, the exposure became the real test of endurance.

“Dealing with one arm was doable. But becoming so well known all of a sudden, and being so young… that was mind-boggling. I was supposed to be playing with my friends and at the beach, and not doing interviews and writing a book and doing publicity tours.

“Being in the ocean kept me grounded.”

Now aged 31, she has reached the apex of surfing, tackling some of the most awe-inspiring and deadly waves in the world. She’s topped national competitions in Australia and the US, and in 2012 became the first woman ever to compete in the Rip Curl Cup, a competition held in Bali for the best barrel riders on the planet. Four years later, upon returning to the waves almost exactly a year after giving birth to her first child, Bethany finished third in the World Surf League's Fiji Women's Pro as a wildcard entry who was not even seeded among the top surfers, beating a six-time world champion and the top-ranked female surfer in the world before losing in the semifinals to the eventual champion.

She has also embraced her persona away from the break and the barrels. Today her organisation ‘Friends of Bethany’ aims to restore hope to overcome: “I want everyone to know they can be unstoppable!” Her non-profit set-up intends to ‘bring hope to those affected by limb loss and show them how their beautiful life stories can inspire others.’

In 2019, in an interview with famed talk show host Kristine Leahy, she was asked about the memories of the shark attack and its presence in her life today.

“I’ve healed completely from my fear and the trauma of that day,” Bethany stated, “I live freely. Unless someone else brings it up I hardly ever think about it...or every Halloween!”

When it comes to summoning resilience, there are few more inspiring role models.