Croatia beat Japan 3-1 on penalties after contesting a 1-1 draw in 120 minutes of round of 16 football. The 2018 finalists’ greater experience seem to tell late on as they recovered from a poor start to take the initiative. Japan played some phenomenal stuff but they leave the tournament, albeit with their heads held high.

Japan started with admirable desire and tempo. Ritsu Doan caused panic in the Croatia defence with an early cross. Shogo Taniguchi headed wide from a very presentable ball over the top. The approach of the Blue Samurai was typified by the way Daizen Maeda chased down goalkeeper Dominik Livakovic to block a clearance. Japan were playing to win.

Croatia could not match them for endeavour, even if there were moments of quality. Ivan Perisic took advantage of a sleeping Tomohiro Tomiyasu before having his shot saved by Shuichi Gonada. The Spurs man was involved again when nodding Borna Barisic’s cross into the path of Andrej Kramaric, who couldn’t quite direct his shot.

Junya Ito and Yuto Nagatomo both created good chances from crosses. Daichi Kamada almost finished a slick five-pass move, but lifted a shot over. Again and again, Japan knocked on the door of the crumbling Croatian defence.

Eventually, they knocked that door off its hinges. Just before half time, a cross triggered a moment of penalty-box pinball. The unruly action was finished off by Maeda, who slotted home the loose ball to give his side a well-deserved lead. After a half in which they created endless chances, finally the Blue Samurai were in front.

Croatia didn’t start the second half any better than they ended the first. Japan remained the team playing with more impetus and ambition. Which made it all the more surprising when Dejan Lovren’s cross was powered home by way of a Perisic header. It was the epitome of a goal out of nothing, serving as a testament to the talent in this Croatia side. They hadn’t performed thus far, but they could still switch it on when needed. The goal gave Perisic the distinction of surpassing Davor Suker to become Croatia’s top major tournament goalscorer, with ten. 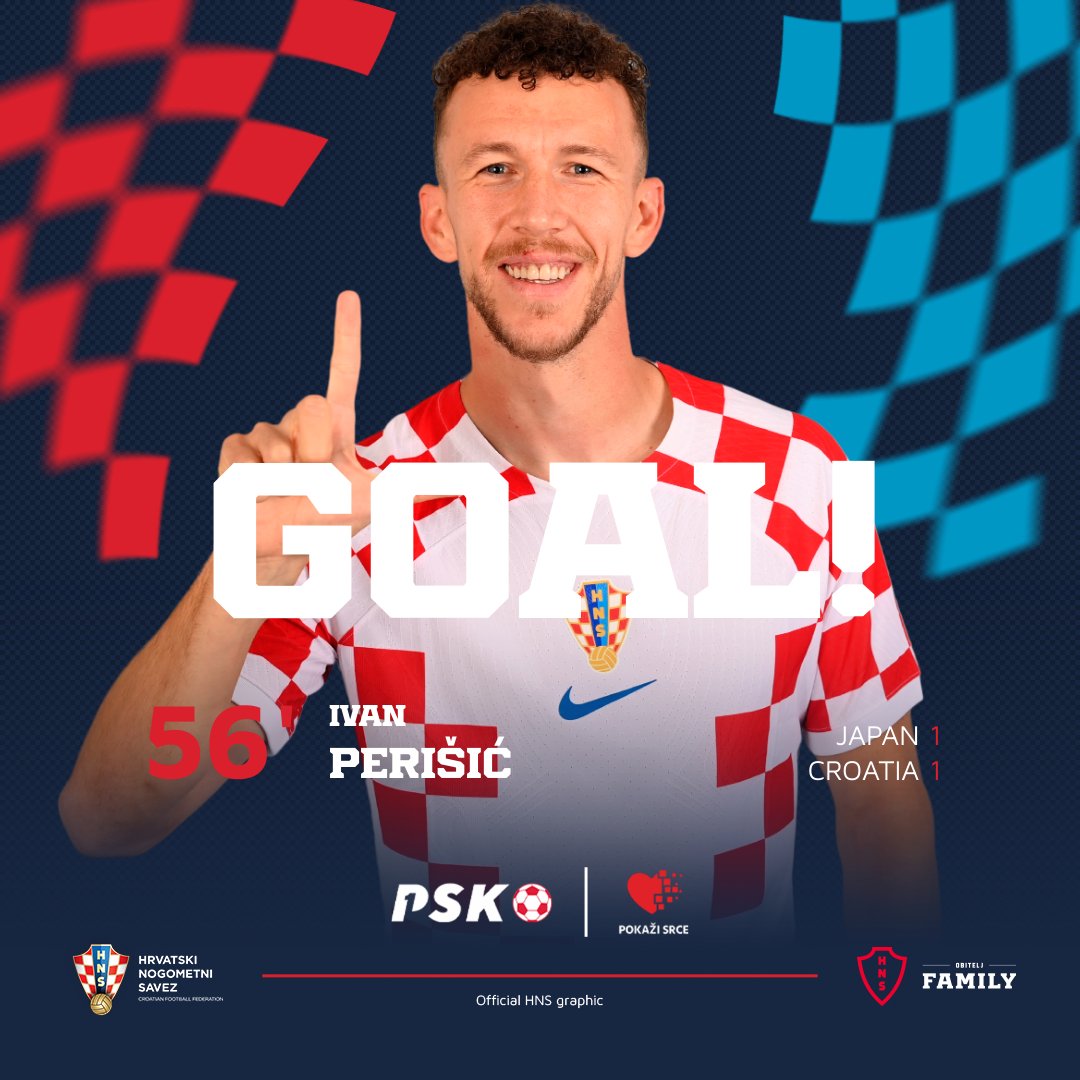 Japan reacted immediately. Endo curled a long-distance effort towards the Croatian goal, which Livakovic palmed away. But Croatia were back in this game. Luka Modric hit a fine, swerving volley that was well-saved by Gonda. Substitute Ante Budimir also had a great opportunity from a back-post header, but his effort went wide of the mark.

The ever-dangerous Perisic, enjoying a superb afternoon’s work, seized upon a Maya Yoshida pass and sent a shot sailing narrowly wide. Tomiyasu took too long with a clear-cut chance at the other end. Perisic lifted a fine cross over to Mario Pasalic, but the former member of Chelsea’s loan army headed wide.  Each of these sides saw their World Cup hopes hanging by a thread with every chance.

Despite some potent late attacks, this game could not be settled in normal time. For the fifth time in their last six tournament knockout games, Croatia entered extra time. Their 2018 World Cup final appearance was the only game in that run to end in the 90 minutes.

There were some surprised looks as Modric was substituted eight minutes into the overtime period. At the age of 37, one couldn’t help but wonder if this would be the last involvement of the great man at an international tournament.

Kaoru Mitoma nearly settled the tie with a stunning individual effort. Collecting a lay-off from Takumi Minamino, the Brighton & Hove Albion man covered almost the length of the pitch before Livakovic punched away his shot. After a cagey opening quarter of an hour of extra time, the crowd was on its feet for this chance.

Croatia exerted plenty of pressure on Japan in the second half of extra time. Gonda was equal to a few dangerous crosses, but the Kockasti weren’t able to carve out anything clear-cut. Their best moment came seconds before the final whistle, when a Lovro Majer shot whistled past the post. But this game would be settled by virtue of a penalty shootout.

Japan won the toss, choosing to kick first and do so in front of their own fans. The extra encouragement had very little bearing on the result though. Minamino put his too close to Livakovic. The Croatian keeper also saved spot kicks from Mitoma and Mayo Yoshida to send his country through to the quarter finals.

Japan played with an incredible amount of heart and no shortage of quality. But Croatia’s greater experience of extra time and penalties ultimately proved the difference. This side has been to a World Cup final before. Few were picking them to repeat the feat. Could the 2022 World Cup have its dark horses?