He may not have made the first-ever surf event at this year’s Olympics but Kelly Slater isn’t giving up the wetsuits and the wipeouts just yet.

Eleven world titles, 55 career victories, and he can lay claim to being both the youngest and oldest men’s World Champion of his sport in history. There’s a reason the World Surf League proclaims him as the greatest surfer of all time, and that even those with the remotest knowledge of the sport are aware of who he is.

The Kelly Slater Wave Company has announced it is to open a new 400-acre site in La Quinta, California, with a $200m (£154m) complex, a key focal point being a 18-million gallon wave basin with room for 25 surfers that will create the largest man-made wave known to, well, man.

A 150-room hotel, 600 homes you have to be prepared to fork over up to $5m for: welcome to Coral Mountain. Access to amenities will be exclusively available to homeowners, hotel guests, members and their guests. Dining will be open to the public through reservations.

“We chose to do this project because it allows us to further build on our technology and also because one of our founding partners, Michael Schwab, is heading up the group running the project,” Slater said in a statement (via The Guardian). Schwab is the founder of Big Sky Wave Developments.

“We’re excited to make another KSWaveCo design and I’m personally excited to create a new wave that will be a stand-alone design that nowhere else in the world has,” Slater continued, “This can become the blueprint for new developments around waves and surf parks going forward and is in line with some of my original ideas from when we started this project. I can’t wait to get underway.” 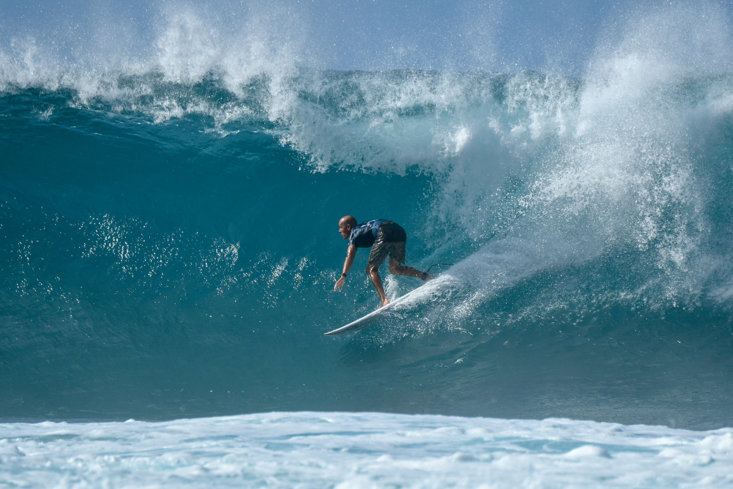 As reported by The New Yorker, Slater has long strived to build the perfect artificial wave, referencing a memoir in 2003 in which he noted, “Surfers have dreamed of creating the ultimate wave machine. The perfect setup would take surfing to every town in America and make the sport as mainstream as soccer.”

Kelly Slater is also behind the Kelly Slater Wave Company Surf Ranch, also known as Slater's Wave and opened in 2014. 100km inland of California, about a three-hour drive from Los Angeles, is a 20-acre surfing amusement park in Lemoore slap bang in the middle of amid the farmland of the state's Central Valley. Waves can reach speeds of up to 20 mph and heights of eight feet.

The new project is expected to be completed in 2022, with construction beginning in 2021.