Despite the ever-looming menace that is Covid, the past year has been an unforgettable one in the world of sport. Below we’ve decided to take a look at the women who have helped contribute to some of the magical moments we’ve had the pleasure of experiencing over the last 12 months. Featuring mammoth upsets, fairytale stories and history-makers, these are our picks for the five best sportswomen of 2021.

Amanda Nunes was on course to continue her run as the greatest female fighter in the UFC’s history but, out of nowhere, 7/1 underdog Julianna Peña pulled off the biggest upset victory we’ve seen since Matt Serra defeated George St Pierre at UFC 69 back in 2007.

The newly-crowned bantamweight champion looked like she was in trouble against the first woman to become a two-division UFC champion in the opening round, but the 32-year-old American came storming back in round two, landing strikes en masse. Before Nunes knew it, she found herself in a rear naked choke being tapped out.

The pair are going to run it back again in the new year in what UFC boss Dana White says will be the “biggest women’s UFC fight of all-time.”

What a year it’s been for the Irish jockey. The 32-year-old made history at the Cheltenham Festival in March when she became the first woman to win the Champion Hurdle as well as the first to lift the leading rider award.

Those records alone mean that Rachael Blackmore is a more than worthy inclusion on this list but she topped it at Aintree in April when she guided Minella Times to victory in the Grand National. That win was another page for the history books as Blackmore became the first woman to win the world’s greatest steeplechase. Among other honours over the last 12 months, she also won the BBC World Sport Star crown where she edged out Mexican boxing superstar Saul Alvarez and NFL great Tom Brady.

From one record-breaker to another. This summer in Japan, Laura Kenny became Team GB’s greatest ever female Olympian by bringing her overall gold medal tally to five when storming to victory alongside Katie Archibald in the women’s madison.

The 29-year-old, who had also won silver in the team pursuit earlier in the week, joined an exclusive club consisting of Sir Chris Hoy, Sir Steve Redgrave, Sir Bradley Wiggins and her own husband Jason Kenny with five medals.

At this summer’s delayed 2020 Paralympic Games we saw Dame Sarah Storey become the most decorated British paralympian of all time. Storey brought her career gold medal tally up to 17 in Tokyo with wins in the individual pursuit, road race and time trial. The 44-year-old has now won 28 Paralympic medals in total, broken a staggering 76 world records and leaves one of British sport’s greatest ever legacies.

The fact that her medals are spread across two very different sports (swimming and cycling) is a testament to both the determination and ability of the Eccles native. 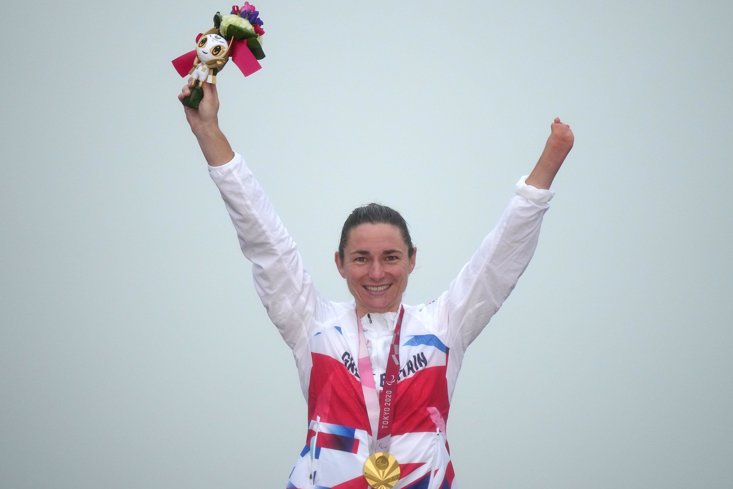 The first British woman since Virginia Wade in 1972 to win a Grand Slam title, Emma Raducanu is fully-deserving of her spot at the summit of this list. The 19-year-old, who clinched the 2021 Sports Personality of the Year award last Sunday, became a worldwide sensation in September when she clinched the US Open, becoming the first qualifier to win a Grand Slam singles tournament in tennis history.

It was just Raducanu’s second Grand Slam appearance too, having debuted at Wimbledon just a few months earlier. She reached the fourth round at SW19 and became the youngest British woman to progress to the last 16 in the Open era.