Us Sports
News
These are five of the oddest half-time show moments in NFL history
Kieran Spratt
14:05, 21 Jan 2022

Super Bowl half time shows rarely disappoint and this year's 56th instalment of the NFL's showpiece event, in Los Angeles, looks to be no different. On Thursday, a trailer for the 2022 half time Show was released, sending social media into meltdown. In the three-minute trailer, 2022's half time show performers, Eminem, Dr Dre, Snoop Dogg, Mary J Blige and Kendrick Lamar, who hold no less than 44 Grammy Awards between them, are shown descending on the SoFi Stadium ahead of what will no doubt be a blockbuster event even for those who aren't that keen on American football.

Half time shows have provides us with a plethora of incredible memories over the years. From rogue back-up dancers to 'wardrobe malfunctions', this annual bit of light entertainment sometimes fills up more column inches than the actual event itself. Below we take a look at five of the most bizarre Super Bowl half time show moments...

Katy Perry And The Renegade Shark 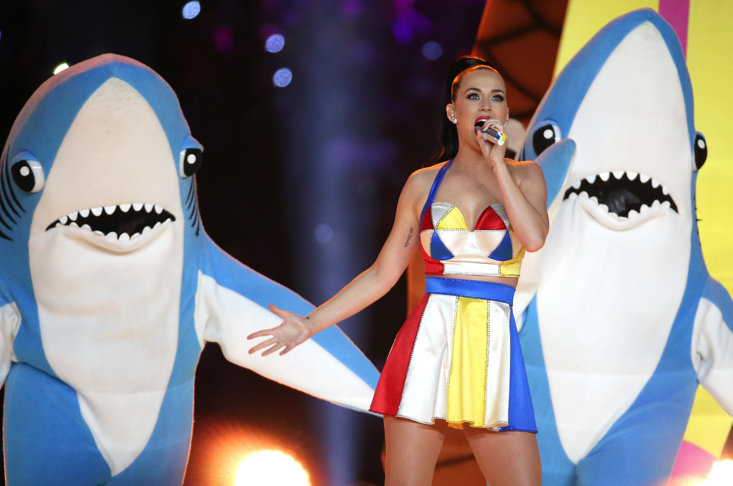 Best described as candy-coloured fever dream, pop sensation Katy Perry’s half-time show was one of the most memorable in recent years thanks in part to one of her back-up dancers, in full shark costume, who saw his/her moment to shine and took it. The dancer on Perry’s left decided to go rogue and bust out seemingly random dance moves at an alarming rate, becoming an internet sensation in the process.

She rounded out her 10-song set with “Take Me Higher”, before looking towards the sky and declaring: “Oh, here comes my ride!” before a helicopter landed in the stadium and took her away. Bonkers.

The One With Janet Jackson And Justin Timberlake

Is there anything that needs to be said about this one? You don’t even need to like American football to know about this half-time show because it’s easily the most infamous of all-time. Pop singer Justin Timberlake stunned the world and the 143.6 million people watching when he ‘accidentally’ unveiled Jackson’s breast. The debacle would go down as ‘Nipplegate’ and broke the record for ‘most searched event over one day’. 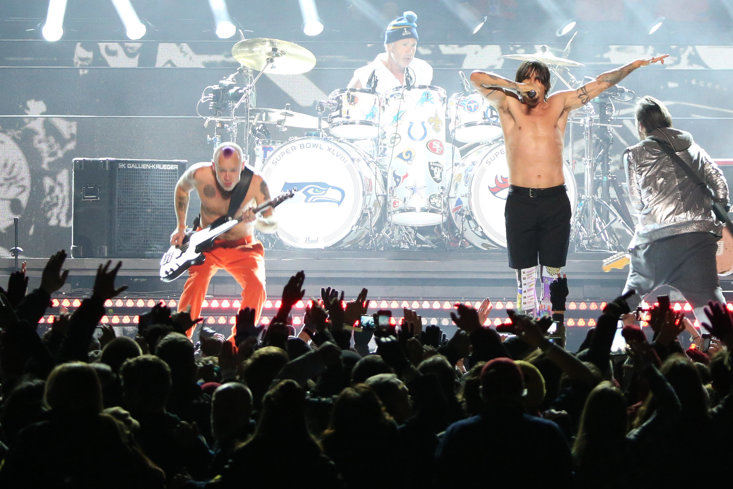 The Red Hot Chili Peppers are one of the biggest stadium bands in the world so it’s no surprise that they were called up for half time show duty back in 2014. And, to be fair to them, they did rock… sort of.

It’s no secret that Super Bowl acts often mime to pre-recorded music, but watching the Chili Peppers rock out and maintain the act for a full set whilst their instruments were visibly all unplugged was just bizarre. There’s a ‘Give It Away’ joke here somewhere...

Michael Jackson And One Of The Greatest Power Moves Ever

When you’re the King of Pop you can do what you want and that’s exactly what Michael Jackson did at the 1993 Super Bowl. Jackson literally just stood on stage doing absolutely nothing… for two minutes. It’s also worth noting that on average a performer has about 12 minutes to do their stuff, and Jackson used a good chunk of that just staring at the crowd. Weird, even for Michael Jackson.