Morocco’s organisation and energy has set the tone for their World Cup campaign after they earned a deserved point in a goalless draw with Croatia on Wednesday - the third of the tournament and in the space of 24 hours.

The Atlas Lions gave a good account of themselves in their Group F opener and they certainly gave the 2018 runners-up more of a contest than some were anticipating. Their impressive start to life under manager Walid Regragui has also continued with this positive result as he is still yet to taste defeat or concede a single goal after four matches in charge.

The 47-year-old took over the team in August and after this first showing in Qatar, he has left many impressed with Morocco’s shape and organisation.

Both teams had flashes in the opening stages which set the pace for an end-to-end battle. There were constant turnovers in midfield and both teams were turning to their right-backs for attacking support. Morocco’s Achraf Hakimi and Croatia’s Josip Juranovic were both lively and when they weren’t driving forward with the ball or making a smart pass, they were making clever runs to maintain their side’s momentum in the opposition half.

Morocco came out of the traps in the second-half and were applying intense pressure on Croatia, who were struggling to keep a hold of the ball. Former Southampton winger Sofiane Boufal let fly an effort from outside the box that appeared to strike the arm of Josko Gvardiol, but with his arm tucked it was never in doubt that a penalty wouldn’t be given. 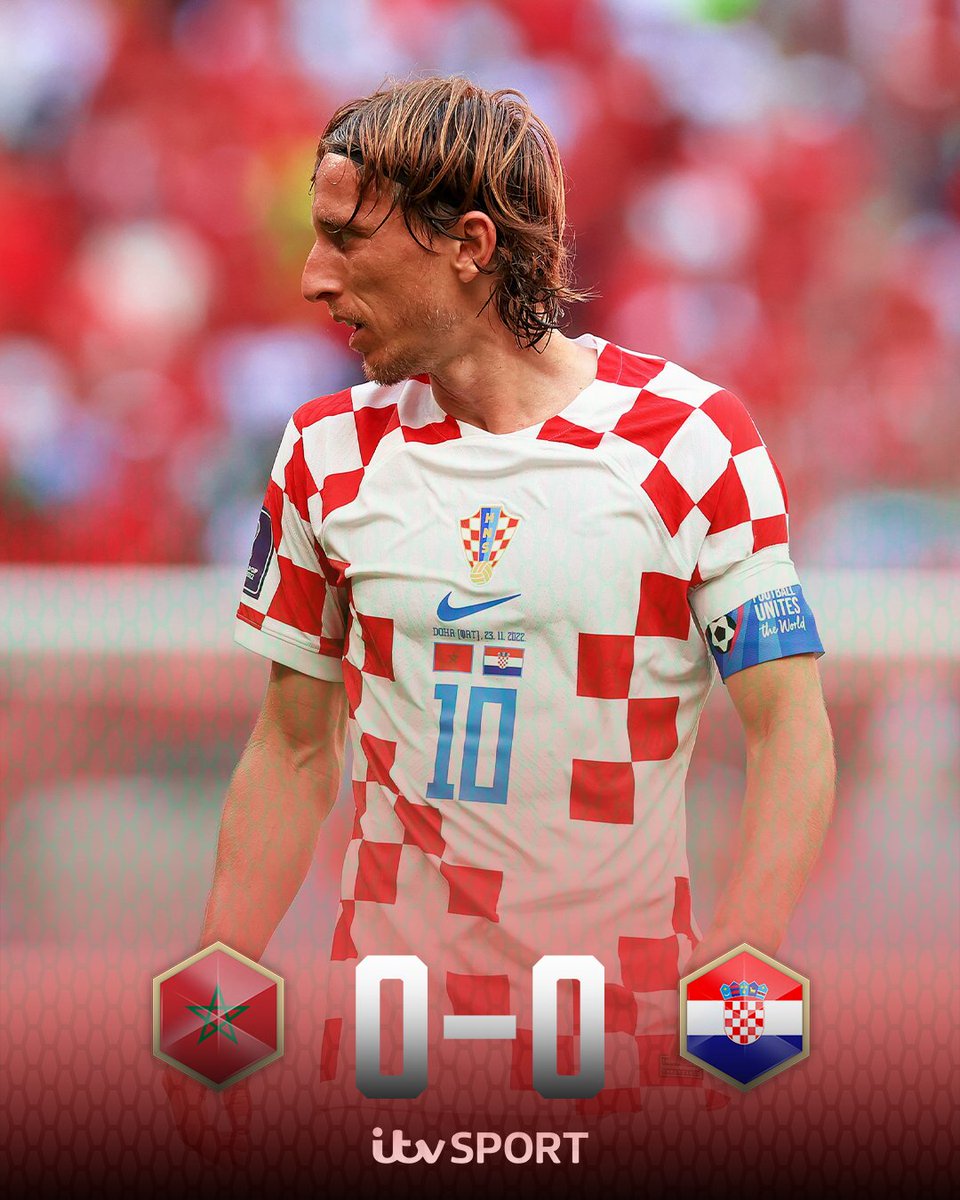 Moments later, Croatia were able to compose themselves and conjure up a couple of opportunities themselves. Juranovic floated an inviting ball from the right toward the back post which was headed away for a corner. There was a lot to like about Morocco, especially with how they pressed Croatia, never allowing players like Luka Modric time to dispatch his passes.

Hakimi saw a rocketed effort from range stopped by Dominik Livakovic before Croatia went up the other end and had a few chances of their own. They continued to pump crosses into the box but Morocco stood firm and dealt with anything that came. Despite having missed much of the season through injury, West Ham United’s summer signing Nayef Aguerd, alongside former Wolverhampton Wanderers defender Romain Saiss, was commanding and disciplined when he had to deal with Croatia’s attackers.

The Atlas Lions’ front line of Boufal, Youssef En-Nesyri and Hakim Ziyech looked good in phases and certainly gave the Croatian back line a few things to think about. They linked up well with one another and executed some nice passages of play but when it came to the final ball, the quality was lacking.

Morocco will be happy to have left the first game with a point on the board and a clean sheet, but they will also feel disappointed that they did not make the most of their chances and positive play. They will certainly need to find a clinical edge against their matchday two opponents Belgium.