The All Blacks continue their stranglehold over Australia, Newcastle fans found a unique way to protest the new pay-per-view fixtures in the Premier League and British cycling may have a new star. It has been a hectic weekend of sporting action once more, so here are five stories you might have missed…

Australia’s wait goes on. Not since 2002 have the Wallabies reigned supreme in the Bledisloe Cup, and it was in August 2001 that they last beat New Zealand away from home in the competition, but there had been hope that 2020 would be the year that all changed following a 16-16 draw in Game 1 in Wellington.

Yet, one week on in Auckland, the natural order of things resumed as the All Blacks won Game 2 with a bit to spare, besting their Trans-Tasman rivals 27-7. The result means that the All Blacks still haven’t lost at Eden Park in 44 matches since 1994, and have not lost to Australia there since 1986.

The Wallabies will take some solace in that their relatively fresh squad has another valuable experience under its belt as Dave Rennie looks to build a hungry new core during this World Cup cycle with the ultimate aim of peaking at the tournament in France in 2023.

In the meantime, they will hope to bounce back with a win in Game 3 in Sydney to keep alive their hopes of ending New Zealand’s stranglehold on the competition. An Australia victory in that clash on 31 October would set up a monumental decider at Brisbane’s Suncorp Stadium seven days later in Game 4.

When Brighton and Hove Albion’s Kayleigh Green was booked for a trip on Everton left-back Danielle Turner in the Women’s Super League on Sunday, the midfielder was rightly shown a yellow card by referee Lucy Oliver. Later in the same half, Green mistimed a tackle on Izzy Christiansen as Everton broke, leading the ref to halt proceedings once more and reach for her notebook.

But a bizarre moment followed as Oliver showed Green the yellow card again and then allowed the Brighton player to get back into position for the resulting free-kick. For a couple of seconds it appeared as though the referee was then about to realise her error and whip out the red card, but Green’s appeals led Oliver to double-check her notes.

Apparently unaware of the first yellow, or having attributed it to another Brighton player, Oliver decided that this was only Green’s first caution and therefore the game continued with 11 against 11 and everyone watching on was left in a state of utter bewilderment.

Everton boss Willie Kirk said afterwards that his players had lost their heads for a while after the incident but claimed that it was understandable given the unusual circumstances. The match finished 2-2, but we may not have heard the last of this episode just yet. 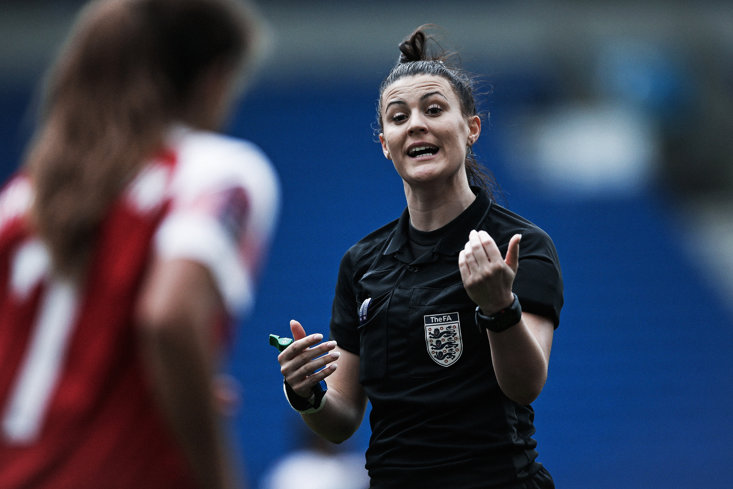 Football has been all over the headlines in the past week even when there hasn’t been much domestic action on the pitch, and no topic was more emotive for many fans than the decision by Sky Sports and BT Sport to offer Premier League games not initially earmarked for live TV coverage on pay-per-view platforms for £14.95 per match.

The news ran into a lot of early opposition, and there was a huge groundswell of supporters insisting they would not be forking out the extra cash to watch their sides during this continued period without fan admission to stadiums.

But a group of Newcastle United supporters decided to make something positive out of the argument, inviting fellow Toon Army members to put the £14.95 fee into charity coffers instead of paying to watch Newcastle take on Manchester United on Saturday.

The initiative encouraged fans to donate to a local food bank, and plenty bought into the idea, helping to raise more than £16,000 for the Newcastle West End Foodbank. Now there’s the type of good-news story we love to see from our football clubs.

Britain riding into a new era

Britain’s long string of cycling successes shows no sign of slowing. With six GB wins of the Tour de France in the last nine years, the sport has enjoyed renewed attention on these isles, and we’re starting to see a second generation of sorts emerging.

When Team Sky launched at the Millbank Tower in London back in 2010, Tao Geoghegan Hart was a 14-year-old enthusiast watching on from the crowd. He will have spent much of that January evening dreaming that he would one day be an equal of Bradley Wiggins, Sean Yates and the rest as a British winner of a Grand Tour stage.

Well that came true on Sunday as Geoghegan Hart finished two seconds ahead of the Netherlands’ Wilco Kelderman to win Stage 15 of the Giro d’Italia in a summit finish in Piancavallo, just north of Venice. It was the Londoner’s first stage victory in one of cycling’s majors, and moved him up to fourth place in the overall standings going into the final week of the race.

The Ineos Grenadiers rider is now two minutes and 57 seconds off leader Joao Almeida, and while he remains an outside shot at best to win the race, he is Britain’s best hope of a podium finish following the early exit of Geraint Thomas with a fractured pelvis. 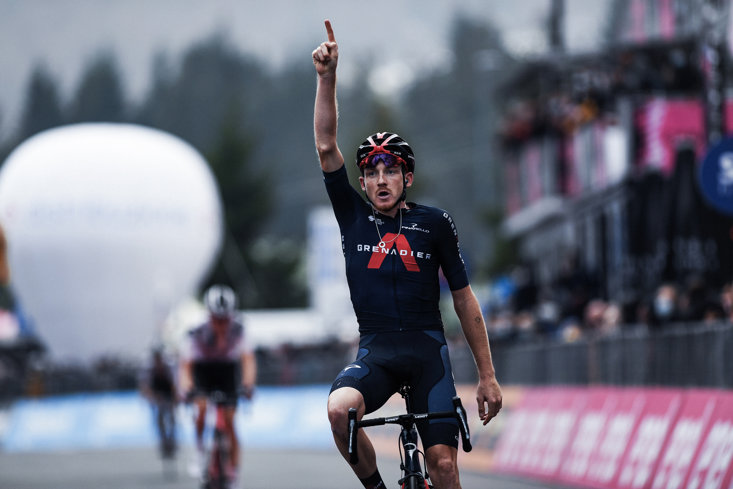 The World Series that many thought might never happen will take place between the Tampa Bay Rays and Los Angeles Dodgers after both teams came through dramatic Championship Series contests to win in two pulsating Game 7s over the weekend.

The Rays had become only the second team in baseball history to throw away a three-game lead in a postseason series when the Houston Astros won Games 4, 5 and 6 to tee up a decider on Saturday. But Tampa Bay rallied in San Diego, storming their way into a 4-0 lead and then holding on to win 4-2 just when the never-say-die Astros again looked set to rally late on.

Over in the National League, the Dodgers came from 2-0 and 3-1 down in the series to force a Game 7 against the Atlanta Braves, but then finally looked set to be seen off as they trailed 3-2 in the sixth inning of the decider in Arlington, Texas. Yet the LA side capped off an incredible series fightback by scoring solo home runs in the sixth and the seventh innings to reach their third World Series in four years.

The Fall Classic, Game 1 of which takes place on Tuesday, will be held on neutral territory in Arlington for the first time ever, and will come as a huge boost to baseball fans following a season blighted by Covid delays and outbreaks which had looked set to bring the campaign to an early end on numerous occasions.