Football
News
Despite his exclusion at Euro 2020, the Spanish legend believes La Roja's current crop are a 'great side'
Gary Maiden
12:58, 22 Jun 2021

Sergio Ramos has praised the “fusion of talent” representing Spain at Euro 2020, despite his shock omission from the squad.

The Real Madrid legend ended his 16-year trophy-laden stay at the Bernabéu this summer, with some of Europe’s biggest clubs reportedly interested in acquiring his services.

At 35-year-old, his exclusion from Luis Enrique’s Spain squad shouldn’t have come as too much of a surprise, but the fact that some of the continent’s major players remain interested in four-time Champions League winner suggests that he still has a lot to offer on the biggest stage.

Still, the former Sevilla star appears to hold no grudge, instead choosing to praise his fellow countrymen who were selected.

“I think that the Spanish national team is actually a great side,” Ramos claimed. “There’s a real mix of young players who are not really promising anymore but now very much real, and veterans – older players who provide the necessary experience. There’s a fusion of talent there”

Spain lifted back-to-back European Championships in 2008 and 2012 either side of being crowned world champions in 2010, but this current crop are some way short of those standards after drawing their opening two games in this summer’s tournament.

A goalless stalemate against Sweden was followed up with a 1-1 draw with Poland, as Gerard Moreno missed his penalty in a game that saw Robert Lewandowski open his Euro 2020 account to peg Spain back.

Their final Group E encounter comes against Slovakia on Wednesday evening, with Ramos aware that his compatriots need to register their first win of the tournament if they want to avoid a group stage elimination.

“In terms of the games so far, the result against Poland has now created a certain obligation to win the next one. We’re very much in need of a win in the last game.”

Stopping short of predicting which nation will reach the final, the two-time European Championship winner has been impressed by some of the so-called big boys.

“The Euros has barely started really so it’s hard for me to put my money on any particular team – it’s a hard call to make.

“However, I am seeing really powerful teams in France, Germany, Belgium and Italy.”

Ramos was speaking at the Gamers Without Borders charity event, in which he referenced former Barcelona star Ronaldinho as “magical”.

With 180 appearances for Spain, Ramos has experienced everything on both the domestic and international stage, but insists that ‘Ronnie’ was in a league of his own. 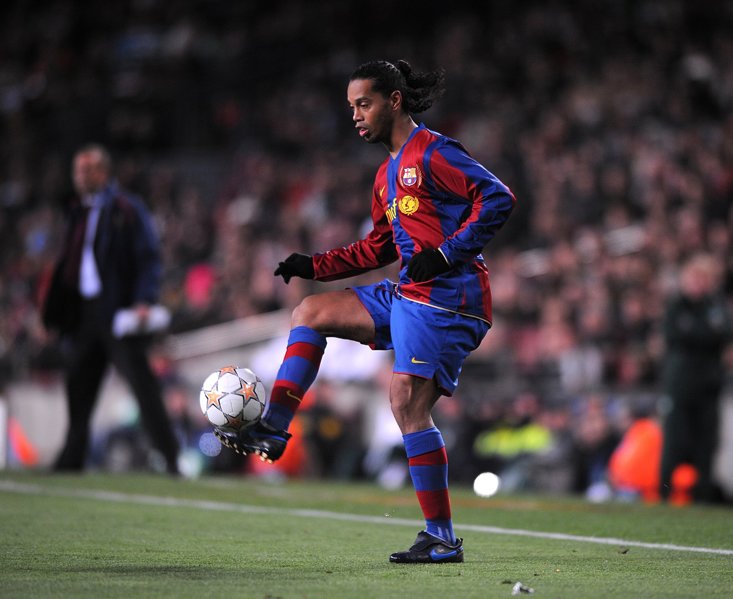 “Because of Ronaldinho’s magical nature as a footballer, he made me suffer a lot in his time on the pitch.

“We had both good and bad results during El Clásico, but the bad results were due to him being on the top of his game.

“Ronaldinho and myself have had our duels on the pitch, both with Barcelona and Milan, and it’s always a beautiful moment to share these types of experience with former colleagues and rivals.”

If you fancy backing Spain to regain their European Championship crown, you can do so here with Betfred.

x
Suggested Searches:
Manchester United
Liverpool
Manchester City
Marcus Rashford
Premier League
More
football
Gilmour’s Lack Of Playing Time At Norwich Is A Cause For Concern...
Chelsea fans are not best pleased right now. And it has nothing to do with the goings-on at their club, [ ... ]
football
Ellen White On The Brink Of History As Lionesses Welcome Northern...
When England host Northern Ireland in their Women’s World Cup qualifier on Saturday, all eyes [ ... ]
football
Arteta's Arsenal Continue To Click In Solid 3-1 Win Over Aston...
Arsenal would have looked at tonight’s clash with Aston Villa as a potential banana skin. The [ ... ]
football
Martinez Finally Getting His Chance To Shine After Years Of...
When Emiliano Martinez was an Arsenal goalkeeper he played more league games for Reading than he did [ ... ]
football
The Cherries Look To Have Found Their Identity Again Under Scott...
It was only six years ago when AFC Bournemouth completed their fairytale promotion to the Premier League. [ ... ]
football
LIVE Football News: Europa League Reaction & Arsenal v Aston...
Thursday night had a bit of everything, with a record-breaking defeat for Jose Mourinho's Roma, [ ... ]
football
When ''Arsene Who?'' Changed The Face Of English Football
“Arsene Who?” asked a headline in the London Evening Standard, while one columnist said [ ... ]
football
Hammers Show Their Quality Against Genk While Rangers Brush...
West Ham United showed their quality in Europe again as they comfortably brushed aside Genk 3-0 at the [ ... ]
football
Spurs Look Directionless As They Fall To Europa Conference League...
It was a disappointing night for Tottenham Hotspur in the Europa Conference League as they came away [ ... ]
football
Premier League Injury Updates: Romelu Lukaku Ruled Out For A...
Romelu Lukaku’s midweek injury has left Thomas Tuchel in a dilemma. He is now set to be out for [ ... ]
football
Bingoalz Is The New Game That Will Change Saturday’s 3pm Kick-Offs...
Saturday’s 3pm kick-offs just got a whole lot more exciting! Combining football with bingo, Bingoalz [ ... ]
football
Why Scholes' Slating Of Man Utd's Tactics Is A Key Moment In...
“I looked at that game thinking about Liverpool on Sunday, maybe it's the wrong thing to do, [ ... ]
football
Why Are Goalkeepers So Underappreciated In The Ballon d'Or?
The 30-man Ballon d’Or shortlist raised serious questions when it was announced. Although the [ ... ]
football
LIVE: Thursday's Europa League & Conference League Action &...
Today's action sees British sides' West Ham, Spurs and Rangers all in action tonight, as well [ ... ]
football
FPL Gameweek 9 Tips: Cancelo Can Be The Main Man At The Back
If, like me, you put a lot of faith in the expensive forward duo of Cristiano Ronaldo and Romelu Lukaku [ ... ]
football
Ronaldo Decides Atalanta Thriller While Chelsea Count The Cost...
It all went wrong for Manchester United. Defensive problems abounded on a night where they were stretched [ ... ]
football
Messi, Lewandowski Or Salah: Who Should Win The 2021 Ballon...
This year, seemingly more than ever before the interest in the annual Ballon D’or has reached [ ... ]
football
Patson Daka Nets Four To Lift Leicester City Off The Floor In...
After scoring his first Premier League goal against Manchester United at the weekend, Patson Daka just [ ... ]
football
Henrik Larsson, Jimmy McGrory And Celtic's Greatest Goalscorers...
At just 5’6”, Jimmy McGrory didn’t look like your archetypal centre-forward, but the [ ... ]
football
The Best British Player Ever? It's Time To Put Some Respect...
Tottenham Hotspur lost the game, but Gareth Bale had made them a real force to be reckoned with. He [ ... ]
football
After Bruce's Inevitable Sacking, The Possibilities Are Endless...
His departure was an inevitability in so many ways. And, frankly, this is probably a case of perfect [ ... ]
football
How Do Chelsea Solve ''Tired'' Romelu Lukaku’s Goalscoring Conundrum?
When Chelsea announced the return of striker Romelu Lukaku in the summer in a whopping club-record deal [ ... ]
football
LIVE Football News: Follow Wednesday's Champions League Action...
What a sensational night of Champions League football we had on Tuesday. Ready for more of the same [ ... ]
football
Amad Diallo: The Former Atalanta Starlet Still Has A Big Future...
When Manchester United travel to the Gewiss Stadium in Bergamo, Italy tonight to face Atalanta, there [ ... ]
football
Record-Breaking Salah Mirrors Messi As Liverpool Secure Crucial...
As Liverpool made it three wins from three in the UEFA Champions League with a 3-2 victory over Atletico [ ... ]
football
Joao Cancelo Proves To Be Guardiola's Irreplaceable Cog As Man...
Joao Cancelo has such a presence in the Manchester City side and with a goal to his name in their 5-1 [ ... ]
football
Phil 2.0? Golden Cole Can Reach Foden Goal
Just when it feels like Phil Foden has finally transitioned from future superstar to automatic pick [ ... ]
football
Rooney? Howe? Conte? Who Could Replace Bruce At Newcastle?
As things stand, Steve Bruce is the manager of Newcastle United. However, his side’s 3-2 loss [ ... ]
football
LIVE Football News: Man City, Liverpool and Celtic In European...
Happy Tuesday, everyone! Arsenal 2-2 Crystal Palace closed out the eighth Premier League gameweek, with [ ... ]
football
Everything You Need To Know About This Week's Europa League...
The Europa League is back with Rangers, Celtic, West Ham and Leicester City all in action across the [ ... ]