We all have a footballing bucket list. Whether it is to see your side win a trophy or get to witness Lionel Messi play in person, attempting to tick these off is part of the joy of following football. But the gladiatorial arenas these teams play in offer some of the finest experiences in sport. Below we’ve run through ten of the most eye-catching and epic football stadiums you simply have to visit before you die.

You better get a shift on if you want to visit San Siro. As we reported in detail here, the iconic old stadium will be knocked down ahead of the 2027-28 season and replaced by a more modern structure called The Cathedral. The home of Inter and AC Milan since 1926 is one of the most striking stadiums anywhere in the world with its 11 ‘helter-skelter’ footways, and it is well worth a visit, before it is too late.

From the historical to the modern. In terms of bells and whistles, this stadium has everything. Beer cups that fill from the bottom, exceptional lounges and the biggest single tier stand in the country which holds 17,500 people behind one goal. Wembley might be just around the corner, but Tottenham’s new stadium might even trump it.

The home stadium of Puskás Akadémia FC, just outside of the Hungarian capital Budapest, might not spring to mind as one of most iconic stadiums in the world. But only if you haven’t seen it. This stadium is one of the most unique on the planet, featuring a wooden roof and cathedral-like arches. It only holds 3,816 people though, so you will have to plan ahead to get a ticket! 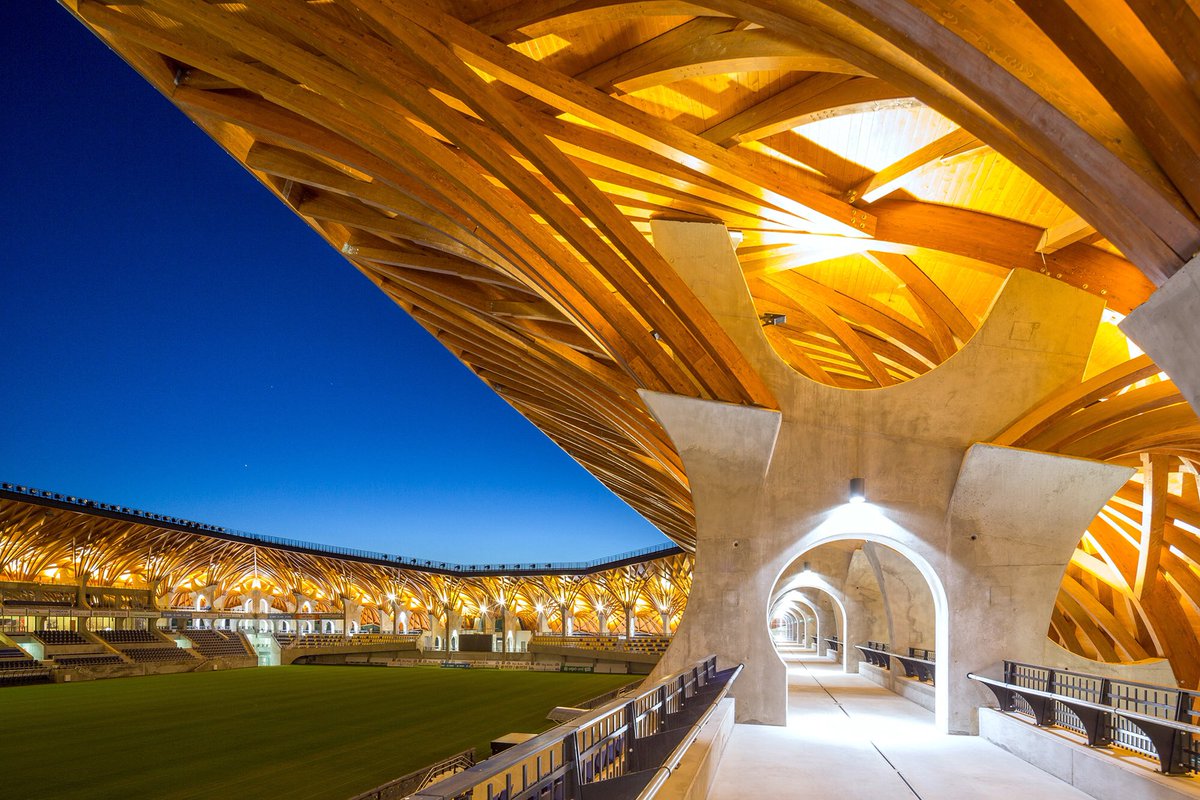 Potentially the most iconic stadium in the world. In Germany, no fans come close to Dortmund’s. The yellow wall, a single stand containing 25,000 fans, provides a spectacular backdrop to the action on the pitch. On so many European nights, the fans have played a major part and a visit to Dortmund should be on every footballer lover’s bucket list.

Looking at a picture of Como’s stadium, you can see why Cesc Fabregas decided to move there this summer. Sitting on the shore of the famous lake, it features some of the most spectacular scenery anywhere in the world. Only 40 minutes on the train from Milan, add this one to your San Siro trip! 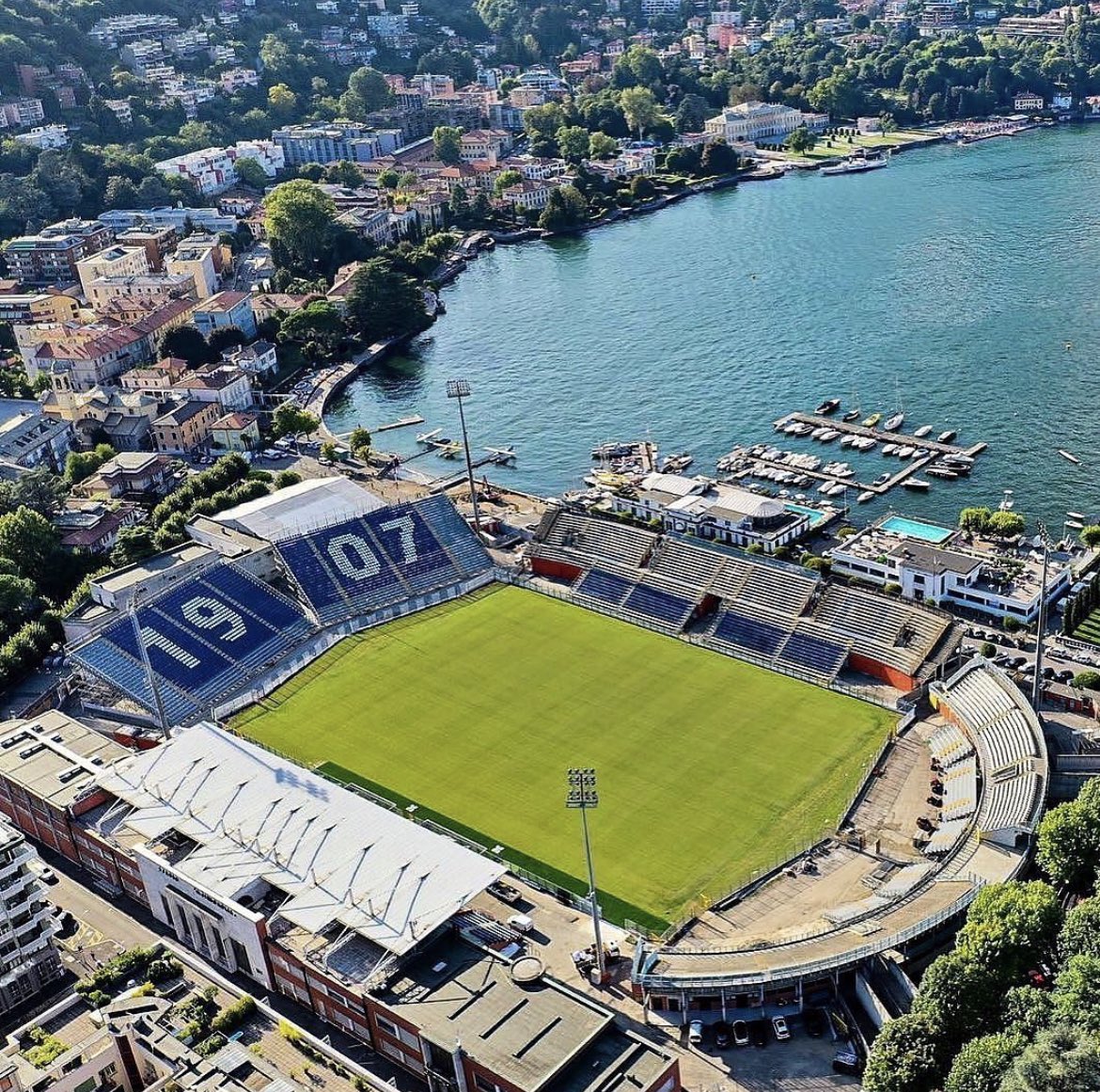 Does this one need any introduction? The most breath-taking stadium in Europe, with a capacity of nearly 100,000 is simply spectacular. With three famous tiers, sitting at the very top is one of the unique experiences the game can offer, but the club are starting to make upgrades which will see the attendance increased to 105,000. Get to one of Spain’s finest cities to visit this footballing Mecca.

The Portuguese club has one of the most incredible stadiums on the continent. Two giant main stands run alongside the pitch but behind one of the goals, is a cliff edge used to house a big screen. It’s spectacular. It’s special. It’s completely unique. That is what makes it worth visiting and sets it apart from the generic bowls we see so often today.

Grace Robertson 🏳️‍⚧️
@GraceOnFootball
Exciting for Wolves fans to be going to Braga, and thus the best stadium in European football. 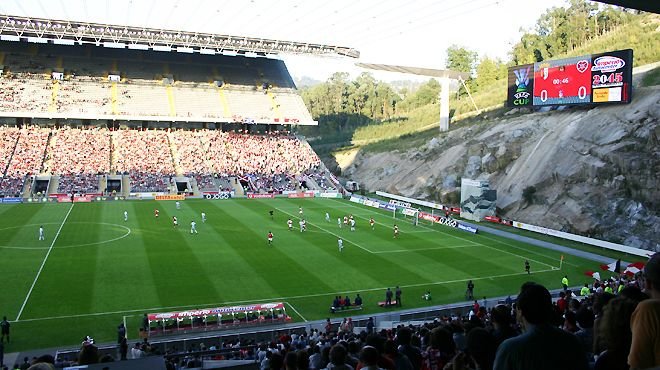 We are leaving Europe and heading to Central America on our hunt for the finest stadiums in world football. The home of Monterrey is an absolutely stunning modern arena, but its party piece is the spectacular view from the top of the stand. Buy yourself a ticket and take in the Cerro de la Silla mountain as it towers over the city.

The Sportsman
@TheSportsman
🇲🇽 Genuinely would love nothing more than to visit C.F Monterrey... 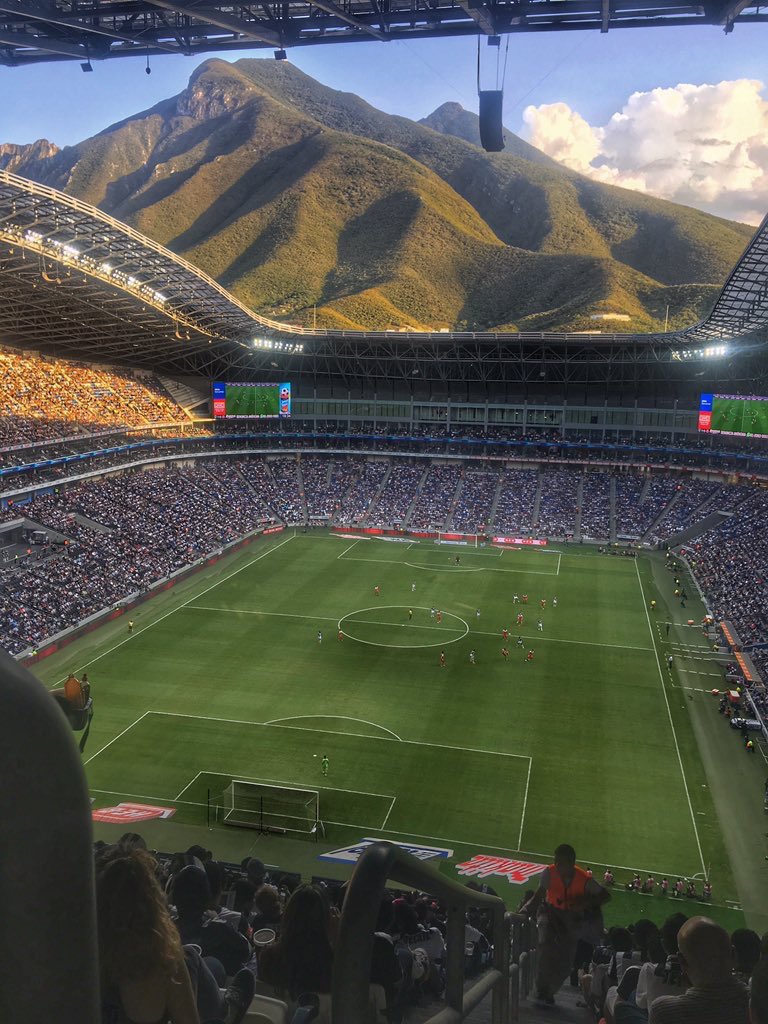 America knows how to do major stadiums and now some of their major MLS teams are playing in incredible venues. Atlanta United, who share the stadium with NFL outfit the Atlanta Falcons are one of those. With a remarkable 360 degree screen hovering above the centre circle and a spaceship inspired retractable roof, it is no wonder that it has been selected as a 2026 World Cup venue.

With one flat stand and three steep stands, the home of Boca Juniors is one of the most iconic stadiums anywhere in the world. A capacity of 54,000 and an electric atmosphere makes this place a must-visit, if you get the chance. The late Diego Maradona beamed with pride as he showed Gary Lineker the stadium -  a truly special venue.

458
9302
x
Suggested Searches:
The Sportsman
Manchester United
Liverpool
Manchester City
Premier League
More
football
Leandro Trossard Hat-Trick Earns Brighton A Valuable Draw Against...
A Leandro Trossard hat-trick earned Roberto De Zerbi a valuable first point in charge of Brighton & [ ... ]
football
Arsenal Cruise Past Tottenham As They Grow Stronger Each Week
Arsenal look strong. Following their 3-1 victory over rivals Tottenham Hotspur at the Emirates Stadium, [ ... ]
football
Live Football Blog: North London Derby Day As The Premier League...
Good morning football fans,  Welcome to our live blog. We'll bring you the latest football [ ... ]
football
The Sportsman's Football Power Rankings: Bayern Munich Falling...
It turns out the main consequence of the winter World Cup in Qatar this year is a raft of top fixtures [ ... ]
football
Arsenal Vs Spurs: Previewing The Most Anticipated North London...
Not all North London derbies are created equal. While nobody is doubting the importance of Arsenal and [ ... ]
football
Why Do We Love Our Football Clubs Part 5: The Manager And Players
In this five-part series, The Sportsman will be exploring one of football's biggest questions. Just [ ... ]
football
Lure Of A Move Away From Rangers Could Prove Impossible To Resist...
Ryan Kent is no stranger to a bout of poor form - but uncertainty surrounding his long-term future has [ ... ]
football
Harry Maguire And John Stones Ruled Out Of Manchester Derby
Manchester United’s Harry Maguire and Manchester City’s John Stones have been ruled out [ ... ]
football
Road To Wembley Part 5: Marske Desperate For Cup Run After Vandals...
The Sportsman's Road to Wembley has taken us up to Marske United and after their win over Whitby [ ... ]
football
England Fans Could Do With Learning Germany's Lesson And Cut...
The day after Monday’s chaotic draw with Germany marked the sixth anniversary of Gareth Southgate’s [ ... ]
football
Christopher Nkunku Has Secret Chelsea Medical: Where He Would...
Christopher Nkunku is continuing his fine form from last season in the Bundesliga this term as he has [ ... ]
football
Who Is Newcastle United's New Striker Garang Kuol?
Newcastle United have agreed a deal to sign highly-rated striker Garang Kuol from A-League side Central [ ... ]
football
LIVE Football News: Domestic Football Returns With A Derby Weekend
Welcome to The Sportsman's LIVE football blog, where we will have you covered for all the biggest [ ... ]
football
FIFA 23: The Five Career Mode Saves You Need To Try
FIFA 23 is finally upon us. The last instalment in EA Sports’ three-decade strong franchise, it [ ... ]
football
Why Do We Love Our Football Club - Part Four: The History, Trophies...
In this five-part series, The Sportsman will be exploring one of football's biggest questions. Just [ ... ]
football
Uefa's Concussion Ignorance Is Putting Footballers In Serious...
Oh, the Uefa Champions League. That pinnacle of club football, with its unwieldy restructure in order [ ... ]
football
The Next Man In: Saints To Task Legend Wellens With Emulating...
St Helens will make club legend Paul Wellens their new head coach, tasked with emulating the stunning [ ... ]
football
EPL TV Money Could Be Spread Around The World: CEO's Ideas For...
After battling through qualifying, F.C. Copenhagen returned to the Champions League group stages this [ ... ]
football
Fantasy Premier League Gameweek Nine: Wildcard Mayhem And Liverpool...
After a long international break, Fantasy Premier League returns this weekend with a full [ ... ]
football
LIVE Football Blog: Team News Expected For Club Football's Return
It's Thursday, which means that there's not too much on the TV in terms of football tonight, [ ... ]
football
Why Do We Love Our Football Club - Part Three: The Kits, Colours...
In this five-part series, The Sportsman will be exploring one of football's biggest questions. Just [ ... ]
football
The Top 10 Teenagers From Europe's Top Five Leagues So Far In...
Football is filled with teenage talent. There are currently so many incredible young players in senior [ ... ]
football
The Fantasy Premier League Stars Who Look Set To Miss Out On...
A video circulating around social media on Tuesday night has left Fantasy Premier League managers fearful. [ ... ]
football
How Mocked Manchester United Full-Back Gary Neville Became The...
Manchester United’s treble-winning squad in 1999 was packed full of talent. From Peter Schmeichel [ ... ]
football
How Cristiano Ronaldo And Lionel Messi Can Meet In The World...
Cristiano Ronaldo or Lionel Messi. That is the football civil war of the ages that has divided supporters [ ... ]
football
Who Are The Most In-Form Teams Heading To The Qatar World Cup?
That’s it. The last international break before the World Cup in Qatar has passed and teams will [ ... ]
football
Everything You Need To Know About The Euro 2024 Qualifying Draw
Following England and Wales’ relegation from the UEFA Nations League A during the most recent [ ... ]
football
LIVE Football News: Attention Turns Back To Club Football
Welcome to The Sportsman's LIVE football blog, where we will be bringing you all the latest news [ ... ]
football
Are Any Of England's U21 Starlets Close To A Shock World Cup...
Lee Carsley has quietly gone about improving England’s U21 side. After the Aidy Boothroyd era [ ... ]
football
The Ghosts Of Vicarage Road: Watford's Treatment Of Managers...
As inevitable as a lying politician or a Michael Buble Christmas album, Watford FC have sacked their [ ... ]