Ufc
News
Some brilliant MMA cards are scheduled before the end of the year
Steven Allen
18:00, 08 Aug 2022

Fresh off the back of one of the best UFC cards of the year with 10 finishes in 10 fights at the UFC Apex last Saturday night, the UFC’s plans for the rest of the year have been revealed to the world.

It’s already been a solid year so far, with the first UFC London card being one of the highlights of a year that has included a third showdown between Max Holloway and Alexander Volkanovski, Francis Ngannou showing his wrestling prowess against Cyril Gane and Charles Oliveira continuing his impressive run at the top of the lightweight division.

These are some of the finest events to watch out for before the end of the year.

We are back in Salt Lake City, Utah for just the second time in the UFC’s history. Topping the bill is a battle for the welterweight world championship between the pound-for-pound number one Kamaru Usman and Birmingham’s Leon Edwards. This rematch was destined since the pair first met back in 2015 when Usman handed ‘Rocky’ his third, and still most recent, defeat.

Edwards can become just the second British UFC champion after Michael Bisping knocked out Luke Rockhold back in 2018, and Rockhold returns again to fight in the co-main event against middleweight contender Paulo Costa. Somehow Jose Aldo and Merab Dvalishvili have been pushed down to just a three-round bout on the main card too, and it should be a superb night of scrapping in the Mormon state. 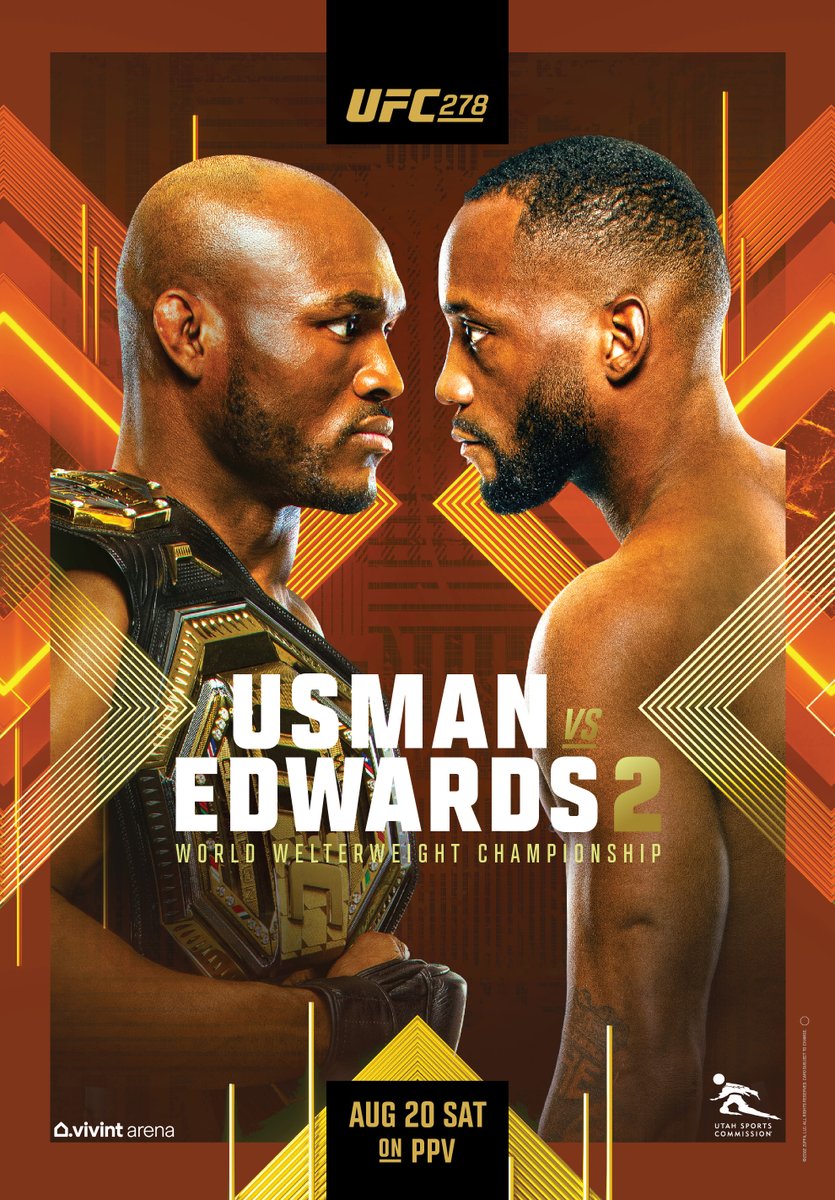 The Accor Arena opens its doors to the UFC for France’s first-ever event, as MMA was banned from the country until January 2020. Topping the bill is Cyril Gane, fighting in his homeland for the first time against one of the biggest personalities in the heavyweight division right now, Tai Tuivasa. Gane was dispatched by Francis Ngannou last time out but the Frenchman has been highly rated thanks to his agility and striking making him one of the quickest fighters in the division.

Tai ‘Bam Bam’ Tuivasa is a bit different, a former Sydney Roosters prop forward who quit the NRL for MMA. Tuivasa is one of the most exciting heavyweights to watch right now with insane punching power, a granite chin and an iconic celebration with the ‘Shoey’. Five straight knockouts in his last five fights have led him to title contention, and Paris is set to be an excellent card.

Also featured on the card is fellow Australian Robert Whittaker facing Italy’s Marvin Vettori as part of the co-main event. It’s an exciting time for European mixed martial arts, and long may it continue.

Just a week after a trip to Paris, a crazy PPV card gets underway in Las Vegas. Headlining this event is the next big star of the UFC, Khamzat Chimaev facing the legend of the cage that is Nate Diaz in his final contracted UFC bout.

It is a mismatch of epic proportions, with Chimaev clearly flying through the welterweight division with a target on the head of Kamaru Usman, but Nate Diaz remains one of the biggest names in the sport thanks to an illustrious history of epic fights and a bad-boy attitude fit for such a maverick. It’ll be sad to see the back of such a great fighter like Diaz, but this is one last chance to shake up the division he used to terrorise.

Khamzat has already promised to put Diaz in a coffin, and that his final run out will be his funeral. It should be a great performance from both men and although there’s no title on the line this will be one of the most watched fights of the year regardless.

The promotion returns to Abu Dhabi once more in what looks to be the best card you’ll watch this year, on paper. Two championship headliners in Charles Oliveira vs Islam Makhachev and Aljamain Sterling vs TJ Dillashaw headline a card filled with class acts. Nikita Krylov and Volkan Oezdemir feature, Beneil Dariush faces Mateusz Gamrot, Belal Muhammad versus Sean Brady and an unofficial co-main event of Petr Yan against Sean O’Malley features.

It’s an insane group of fights on one card and there could be further events announced with a few fighters from the British Isles hoping to sneak their way onto it like Muhammad Mokaev did when he fights Malcolm Gordon. Those who can’t manage to make it in time will more than likely be fighting at UFC 282 in December instead. 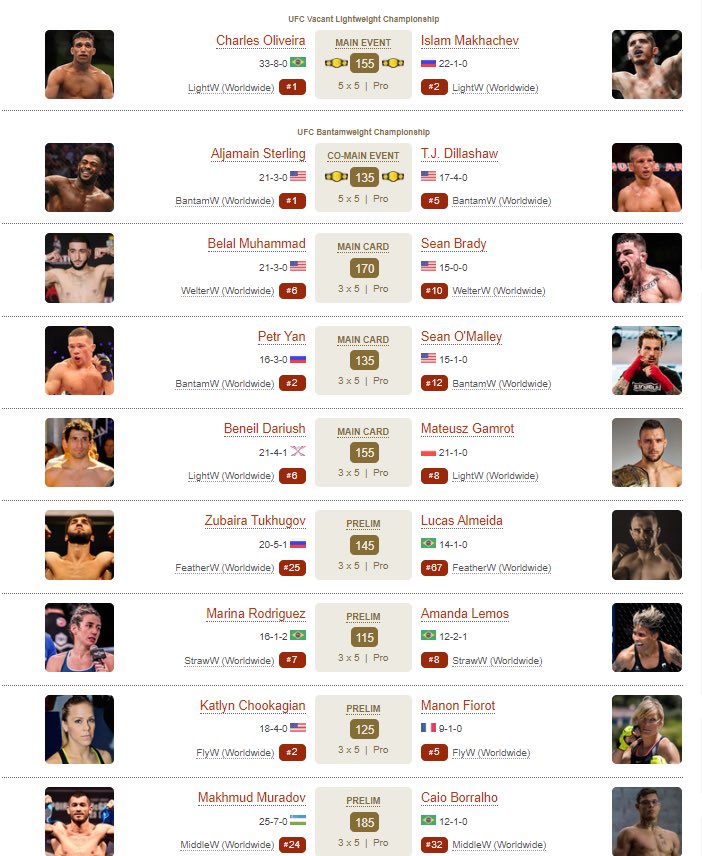 The grudge match has finally been announced. Ever since Israel Adesanya won his middleweight belt, talks have been on about Alex Pereira coming to the UFC to fight Izzy and knock him from his perch once again.

Pereira defeated Adesanya twice in their previous matchups, once by unanimous decision and another via third-round knockout, the only time the champion has been knocked out to date. The Brazilian was signed to the UFC back in 2021, and has won three times so far, once with a flying knee, once via decision and his last win against Sean Strickland was an utterly devastating KO.

Pereira isn’t the perfect fighter and isn’t as refined at grinding out wins as Adesanya, but a man with as much power he has at 185lbs is terrifying to any opponent.

Other fights rumoured to be announced for the night in Madison Square Garden include Michael Chandler versus Dustin Poirier and Tony Ferguson v Dan Hooker. Paddy Pimblett has already removed MSG from his sights, citing that the ‘taxman’ would take too much money out of his prize purse, therefore, meaning a fight in New York would not be worth it.