As part of the sporting world, we are constantly invested in athletes preparing for big games and of course, they are constantly in the spotlight during the games, but perhaps the most overlooked part for fans is the recovery sessions top athletes must go through on a weekly basis.

Having just emerged from the busiest part of the football season, we have heard managers and players alike talk more than ever about how important recovery is to success.

There is one tool that is making waves around the sporting world, with big names such as Cristiano Ronaldo and Brooklyn Nets' Kyrie Irving having been filmed using the device that has become crucial in the physio room.

The Theragun has revolutionised workout recovery but it began in very humble surroundings. After a motorcycle accident back in 2008, Dr Jason Wersland used a power tool to fashion together a percussive massage tool that he could use on his shoulder to ease the pain.

“After thirty days of sheer pain at 3am, I decided I didn’t care what it sounded like or looked like I needed something to deal with the pain.”

Given his profession, he developed the product after a client walked into his clinic with the same issue as him, searching for a cure for the pain. The aim of the tool is to help reduce pain, remove lactic acid and increase blood flow, which in turn will help your muscles repair at a quicker rate.

The percussive head pummels your tender muscles at a speed of 40 percussions per second and works to counteract delayed onset muscle soreness and allows athletes to get off the sofa and back into the gym. As most of us know, DOMS (Delayed onset muscle soreness) can turn even the fittest bodybuilder into nothing more than a quivering wreck, so anything we can do to avoid that is sure to be beneficial!

Ranging from £229 - £549, this precise machine delivers 16mm of amplitude and houses an industrial-grade Japanese motor which has now been made even quieter, with the latest models putting out a decibel reading of just over 75 decibels. That is the equivalent to your morning sing-song in the shower, on a particularly perky morning.

Coming with a whole heap of attachments and two different speeds, the Theragun can be used all over the body for all sorts of aches and pains. Perhaps the moment it really got off the ground was when Kyrie Irving was shown using one during a time-out in the 2017 NBA Finals and since then celebrity endorsements have come thick and fast.

Former Manchester United striker Romelu Lukaku was sceptical at first but after a visit from Dr Wersland, he was a convert.

“I treated Lukaku, one time he had an injury and he didn’t want me to work on it. He didn’t tell anyone, but he was concerned about this injury. We talked it through and I worked on it, by the end of it he was jumping up and down. He woke his brother up and told him right away and said he needed to try this thing.”

Cristiano Ronaldo has posted a video of him using it at home to his 198m Instagram followers, and the Manchester City squad used it in their insightful Amazon Prime documentary 'All Or Nothing.'

When Dr Wersland created this device out of necessity in his garage, little did he know that the product he had cobbled together in his garage for personal use would go on to be used by over 250 sports teams and some of the biggest celebrities in the world. 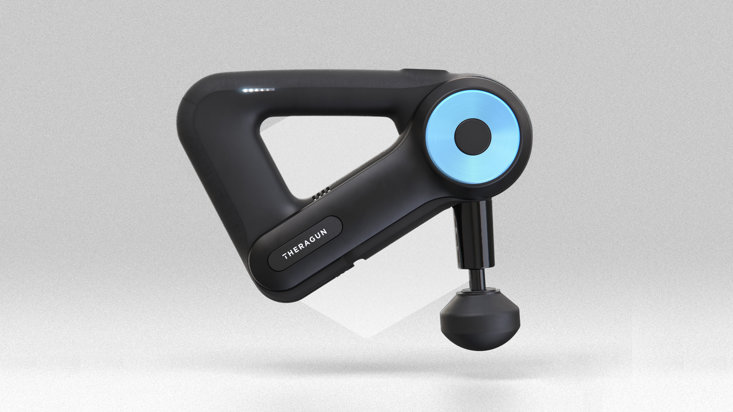