France have a great chance to retain the World Cup title but their squad depth is not quite as it appears on paper. A poor showing from Les Bleus' second-string players in their 1-0 Group D defeat to Tunisia will have certainly given Didier Deschamps a lesson about his 26-player pool.

With his side already safely through to the round of 16, the French boss opted to make nine changes to the side that beat Denmark, with Steve Mandanda, Axel Disasi, Ibrahima Konate, Jordan Veretout, Youssouf Fofana, Kingsley Coman, Randal Kolo Muani and Matteo Guendouzi all handed starts. Interestingly, central midfielder Guendouzi was deployed on the right wing while fellow midfield star Eduardo Camavinga started the match at left-back.

While some talented players were brought into the lineup for important game time on the biggest stage, it was clear that France’s greatest strengths lie in the stars who were rested with the round of 16 fixture in mind. Coman, despite his prowess as a wide man, struggled to have an impact in the final third, and when he was presented with an opportunity at goal, he squandered his chance.

Real Madrid midfielder Camavinga was named as the starting left-back for the game in a move that simply didn't work. Camavinga’s display in defence was very hot and cold. There were times where he would make an excellent challenge but then he would find himself losing his man, and that is too high a risk to take when it comes to knockout football.

After they inevitably went behind, Kylian Mbappe, Adrien Rabiot and William Saliba were brought on which highlights just how much the French were lacking in both areas of the pitch. And as if by magic, those introductions, followed by Ousmane Dembele and Antoine Griezmann saw the French start to take control of the game. Griezmann thought he had rescued a point at the death but after a delayed VAR check, it was chalked off for offside. 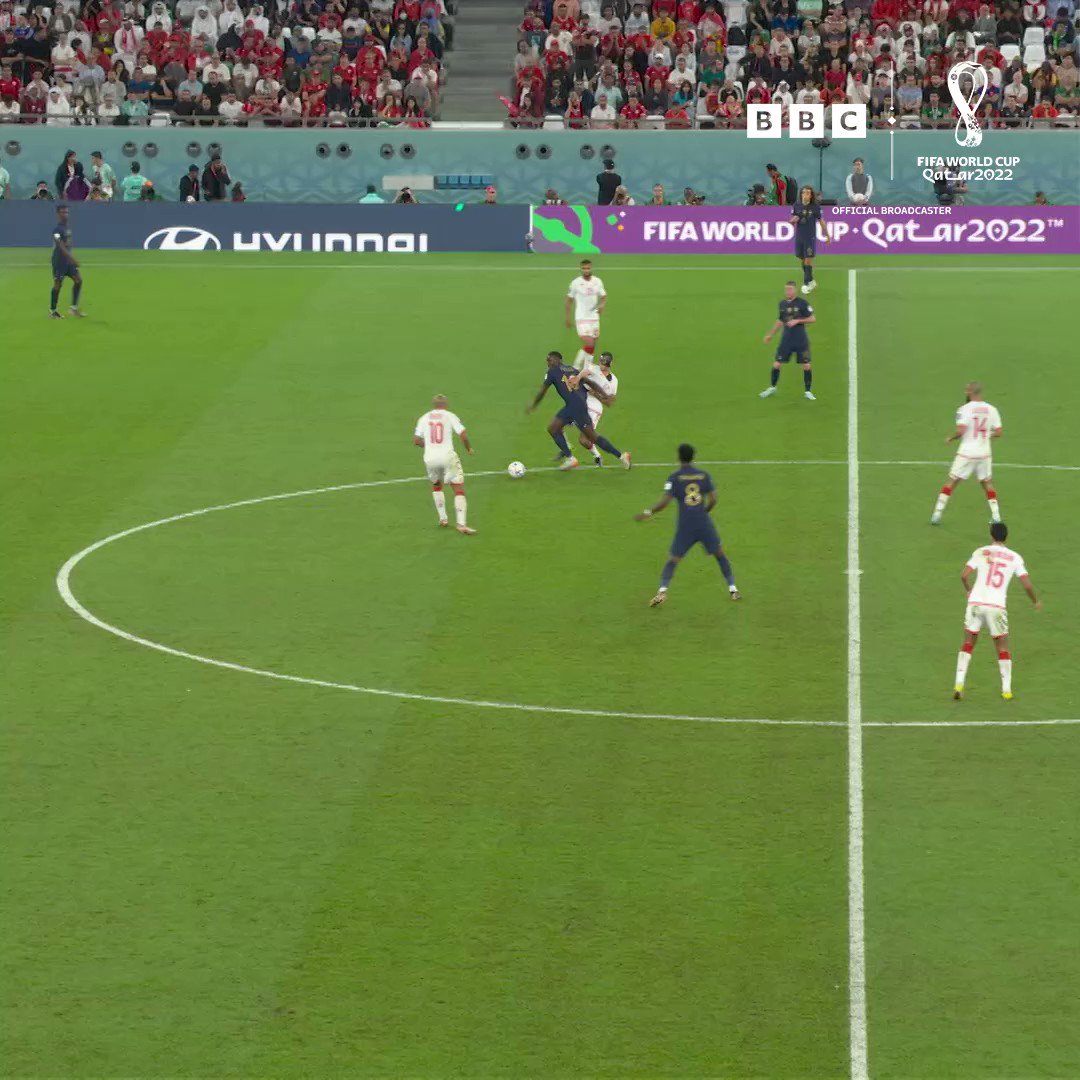 For a lot of the players who started, what was equally as pathetic as their football was their urge to go down at the slightest contact from Tunisia's fired-up stars, and ultimately that cost them for the goal they conceded - justice.

Coman looked sharper in the second half but he really struggled to get any service as France were second best all over the field. He remains a player who could be a key asset from the bench in the latter stages of the tournament, but there is no way he takes the scintillating Dembele out of the starting lineup.

Ultimately, France’s strength lies with its core group of players. It has been said countless times that squad depth is what is likely going to be key for the nation that goes all the way in Qatar. But for France, their big guns are undroppable and there is certainly enough firepower in their strongest side to see them retain their world-champion status.

Tunisia were overall the better side on the day. They were more precise with their passing and showed more fight than their French counterparts. It was clear that they were fighting for their lives.

The Eagles of Carthage’s energy levels were maintained across both halves  and they were in complete control until Deschamps brought some of his stars to the party. Captain Wahbi Khazri drove forward, breezed past Raphael Varane before coolly slotting past Mandanda to open the scoring and enforce those changes, and it was a goal that had been coming. It also turned out to be his last contribution to the game as he was immediately substituted.

Tunisia were able to hold on for what was a historic victory. They had won against a European opponent at the World Cup for the first time, but it was not enough to see them qualify to the knockout stage. They gave a performance that was needed earlier in the group stage - you cannot rely on a masterclass in the final game with so much against you. Their win meant nothing as Australia defeated Denmark to progress with France to the last 16.