Dustin Poirier will take on Conor McGregor inside the Octagon for a third time at UFC 264 this weekend. The two fighters have gone back and forth between friends and enemies over their trilogy of fights but the hostilities between the pair seemed to have peaked this time around, especially from McGregor.

“He’s a corpse,” the 32-year-old told TheMacLife.  “A dead body, a blank face that’s going to get his ass whooped and taken out on a stretcher.

“Every shot I have thrown in this camp is a kill shot, so that’s it. I’m going to kill this man.

“Just a slaughter and a play with a scared little boy. He’s fighting scared like he always does, like they always do against me, so now I’m going to play with the little boy, play with me food, and then just devour it.”

A lot is already known about the Irishman they call ‘Notorious’, one of the most recognisable and, as the above quote suggests, most infamous sportsmen in recent memory. But who is Poirier, the tough, talented and charitable American facing McGregor for a third time, and how has he come to be one of the top UFC competitors?

Born in Lafayette, Louisiana, Poirier was not one for knuckling down at school and he ended up leaving Northside High School in the ninth grade because he was constantly getting into trouble and street fights. After fighting at an amateur level, the American eventually made his professional bow in 2009.

The 32-year-old, nicknamed ‘the Diamond,’ has been involved in 34 fights and he has won 27 of them, with 13 of those being knockouts. He has also sparred with the very best including McGregor and former lightweight Khabib Nurmagomedov.

Poirier was knocked out by McGregor in their first professional bout back in 2014 at UFC 178 but got his revenge earlier this year when he knocked out McGregor at UFC 257 in Abu Dhabi. 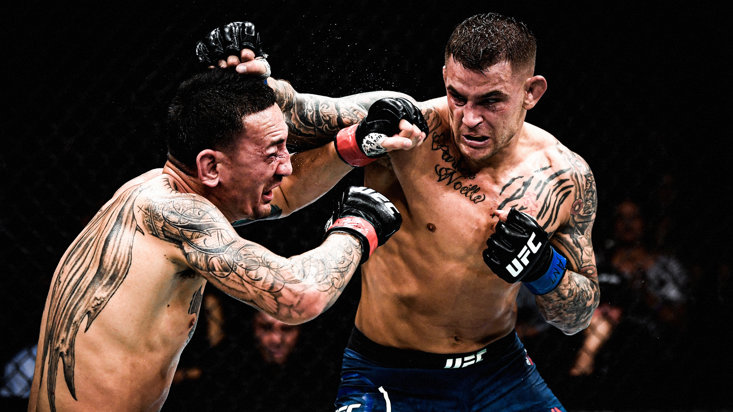 Poirier has always wanted to give back, humble from his beginnings and after UFC 211, he auctioned his kit on eBay to raise money for Second Harvest Food Bank. His shirt, gloves, cap, hand wraps and shorts raised $5,100.

In April 2018, he and his wife founded the Good Fight Foundation to support land, water, food and housing initiatives for the Batwa Pygmies in Uganda. Poirier carried on auctioning his kits from UFC Fight Night 120 and UFC on Fox 29 and the money he raised went to the family of a deceased Lafayette police officer and the Acadiana Outreach Center.

During the Covid-19 pandemic Poirier’s foundation donated 1000 meals to the employees of three major hospitals in his hometown and in June 2020, he was awarded the Forrest Griffin Community Award by UFC for his charity work.

In 2020, Poirier launched his own hot sauce, called ‘Poirier’s Louisiana Style’ in collaboration with Canadian company Heartbeat Hot Sauce Co.. Ahead of their third bout, McGregor spiced up the build-up by throwing his opponent’s hot sauce off the stage.

Another stoke in the fire for the McGregor rematch is that the Irishman was scheduled to donate $500,000 to the Good Fight Foundation after UFC 257, which he had pledged. As of April 2021, Poirier stated no such donation had been made. This weekend's UFC 264 main event has all the ingredients to become an MMA classic!