This summer has now become a landmark one in the significant history of the UK’s gargantuan sports broadcaster. Sky Sports are rebranding their numbered channels to cater exclusively for specific sports - which will be available to customers on an individual basis - in a bid to combat falling viewing figures and the rise of online streaming services.

The evolution of Sky Sports’ numbered channel collection has neatly encapsulated their stranglehold on televised sport. The first channel - simply “Sky Sports” - began life in 1991, promising a range of sports plus league football from Germany and Italy. Exotic.

Throw in Sky Sports Mix (a channel nobody has ever knowingly watched) and Sky Sports F1, and customers were left with a sprawling, confusing offering.

The 2017 rebrand ensures the more straightforward Sky Sports Premier League, Football, Cricket, Golf, etc. There will also be Sky Sports Arena, which sounds suspiciously like the broadcasting equivalent of that drawer in the kitchen where you can find dead batteries, bits of string, uselessly tiny amounts of foreign currency and menus for every takeaway establishment within a 15-mile radius.

But are they really giving people what they want? Are they comprehensively showing off what’s great about Sky Sports? The answer is (yes, probably) no, and here are 10 channels that really ought to have been available to us to flick through in a post-pub haze. 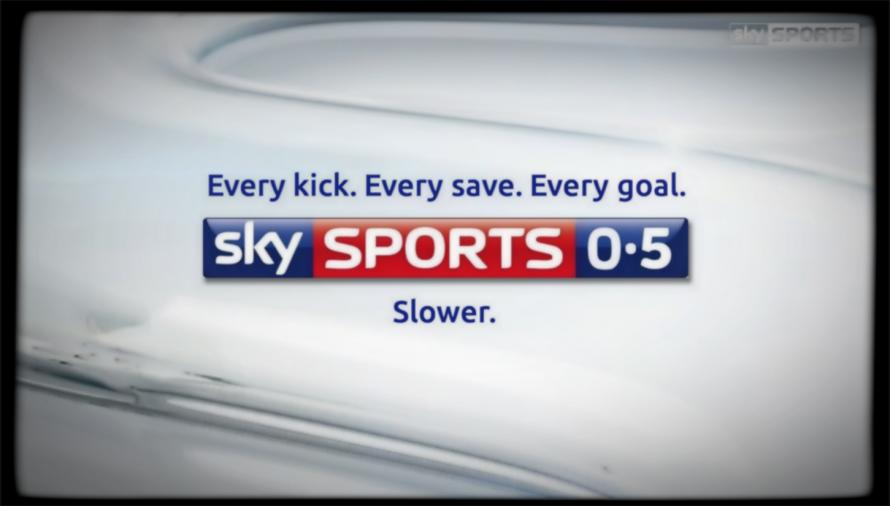 The slow-mo channel the world needs

Trumpeted as "the first 24-hour sports channel dedicated entirely to slow-motion montages", Sky Sports 0.5 will have the rights to every single player getting off a team bus clutching their Louis Vuitton washbag, walking into the tunnel and waving at someone standing out of shot who they vaguely know.

A special Sunday night show will showcase some of the best slow-motion footage of wingers acknowledging overhit crossfield passes with a semi-sarcastic thumbs-up. 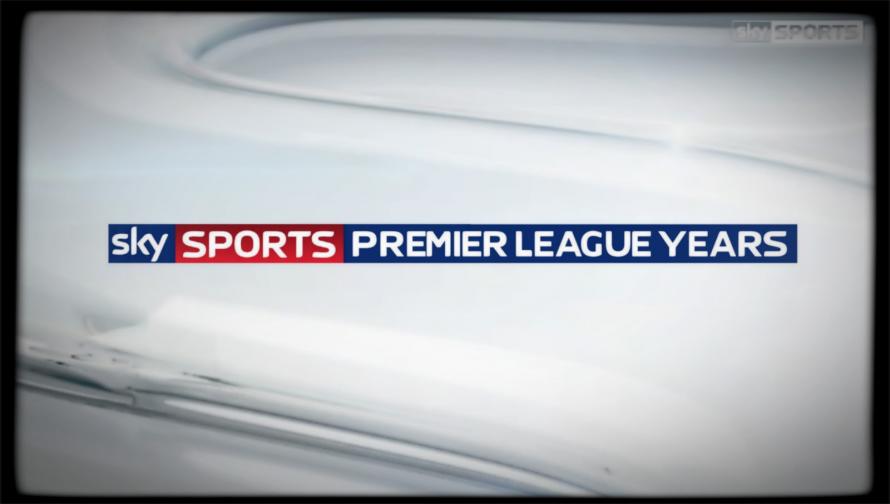 Without a doubt, a must-have channel

Sky Sports’ lucrative midweek lunchtime audience will no longer have to browse through their EPG with their fingers crossed, hoping for Blackburn 3 Chelsea 4 from 1998. Every episode of Premier League Years will be moved to a brand new purpose-built channel, which will scroll neverendingly from 1992-2017 and back again, like E4 used to do with every series of Friends until nobody could take it anymore. 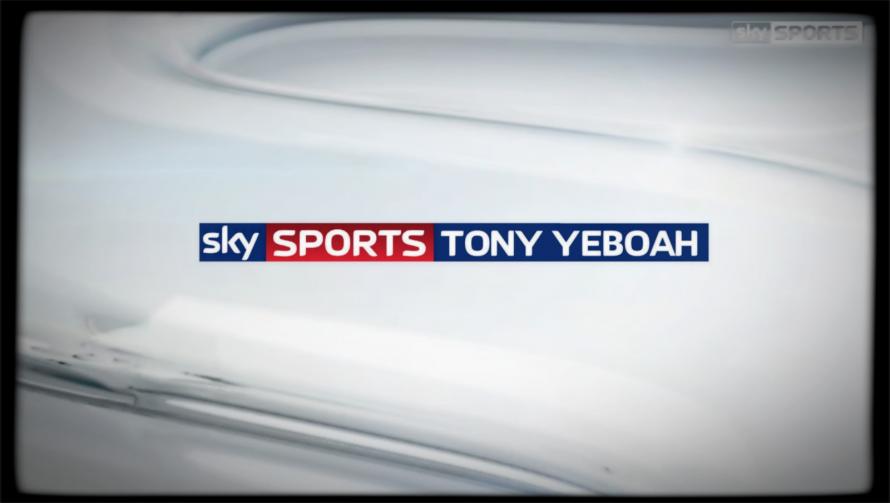 In response to customer demand, Sky are set to launch Sky Sports Yeboah, a channel which will broadcast only goals scored for Leeds United by Tony Yeboah between 1995-1997. Early subscribers will also be given access to sister channels Sky Sports Le Tissier Solo Efforts and Sky Sports Julian Dicks Penalties. 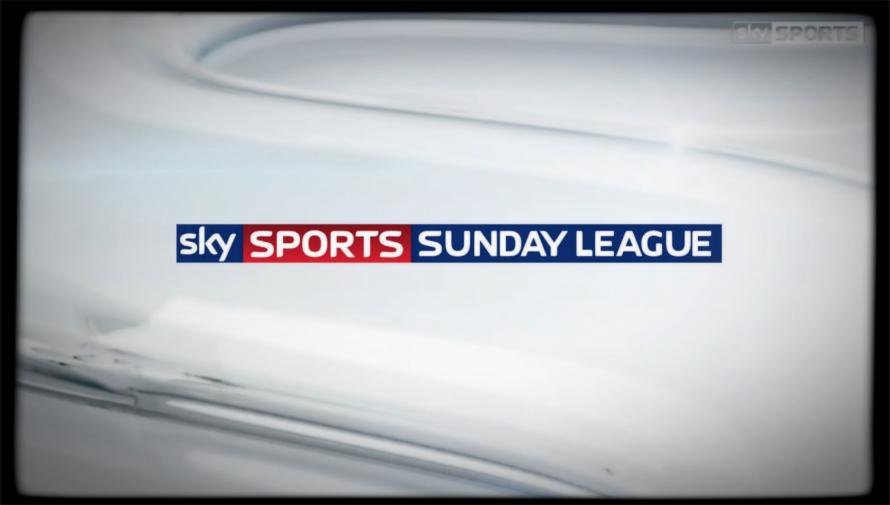 The place to come when you want to watch real football

Sky’s commitment to grassroots football will be cemented with new channel Sky Sports Sunday League, which will feature live coverage and highlights from all 14,000 amateur senior football divisions in the UK. Studio punditry will come from Alan Curbishley, whether he likes it or not. 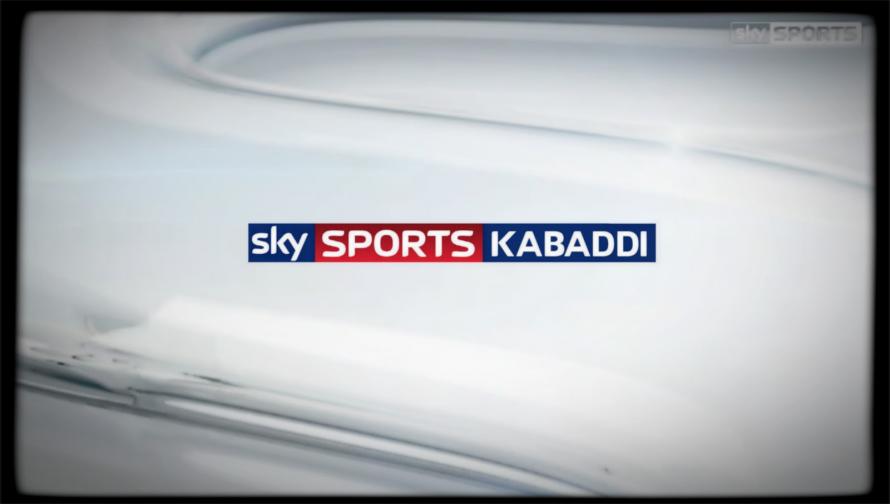 What a way to spend a weekend

Freed from its mid-90s prison of early-morning episodes of Trans World Sport, the frankly excellent sport of kabaddi has finally been given the platform it truly deserves. UK broadcasting rights have been renewed for the 2017 Pro Kabaddi League, featuring the Bengal Warriors, Jaipur Pink Panthers and the all-conquering Patna Pirates.

Kabaddi Saturday - where ex-pros will sit and watch the afternoon’s fixtures while making dad jokes - will be the flagship programme. 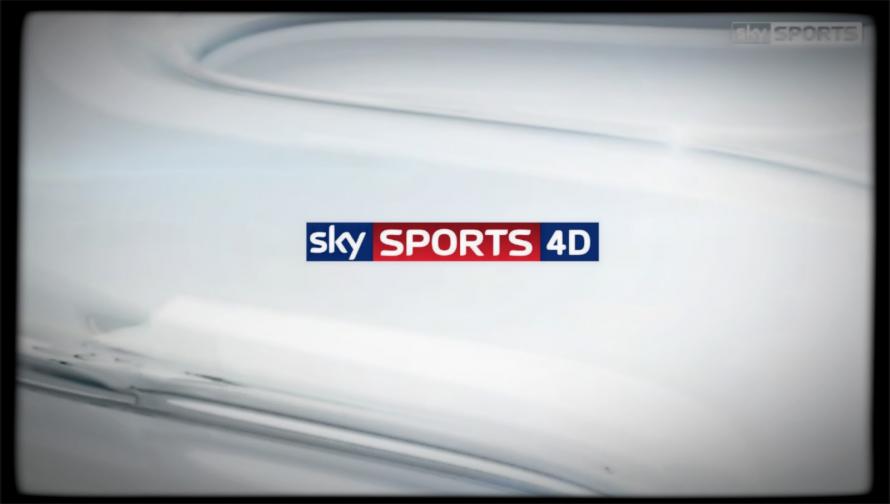 The most immersive experience, ever

The unfortunate demise of 3D television in 2015 put paid to Sky Sports’ dedicated channel, but they have bounced back with Sky Sports 4D. Viewers will be able to watch in three glorious dimensions, with the added bonus* of being able to smell Graeme Souness’ aftershave and be flecked with Wayne Rooney’s spittle as he berates a Premier League linesman.

(*Customers must have a 4D-ready television.) 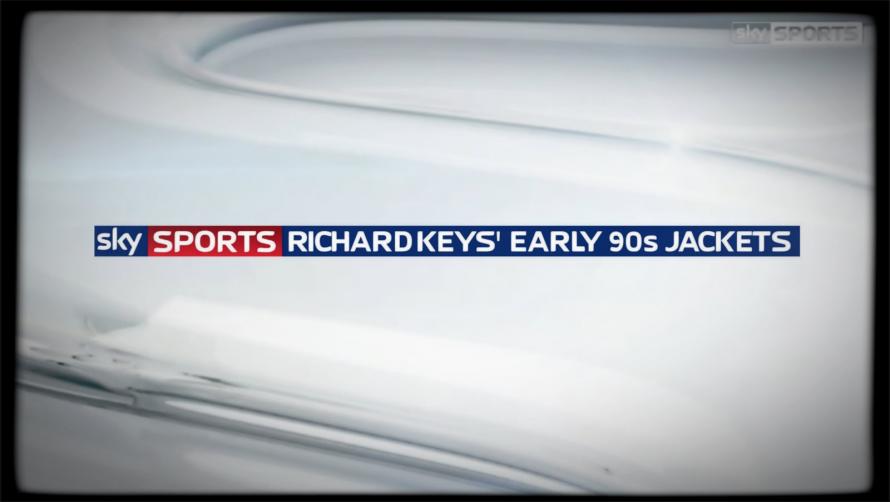 A little-known fact about Richard Key’s acrimonious Sky exit in 2011 was that the broadcaster retained all rights to his wardrobe. 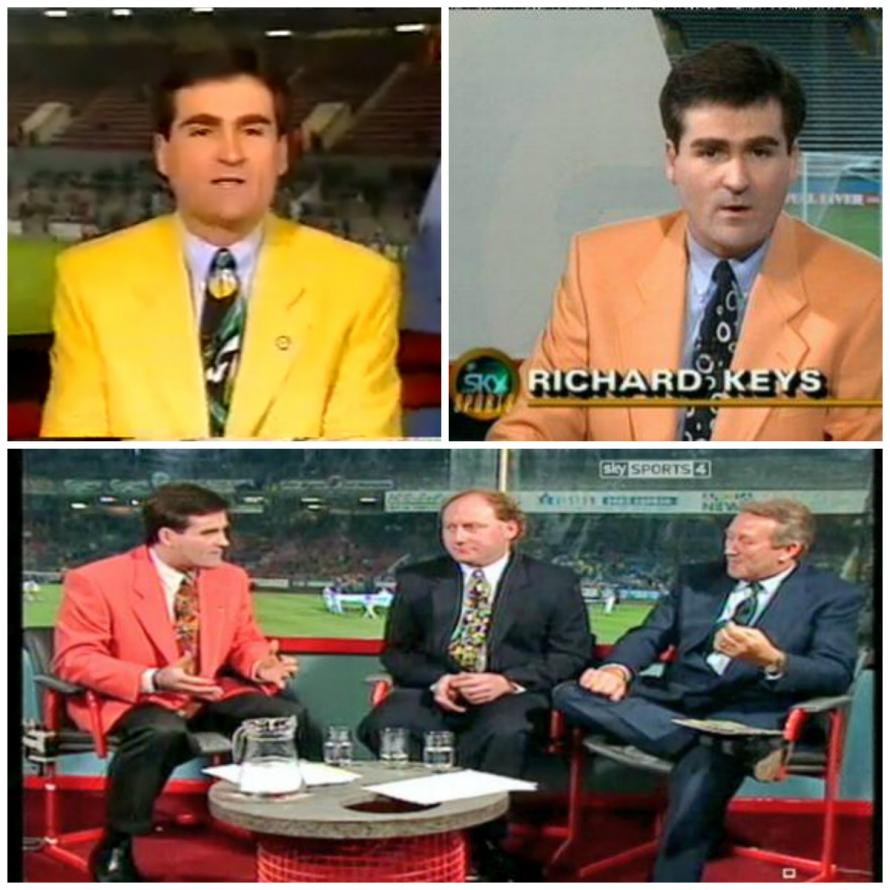 Keys was a true fashion icon in the football punditry world

Keys now survives on polo shirts in Qatar, while Sky Sports will launch a channel purely for showcasing his spectrum of jackets from Monday Night Football in the 1990s. 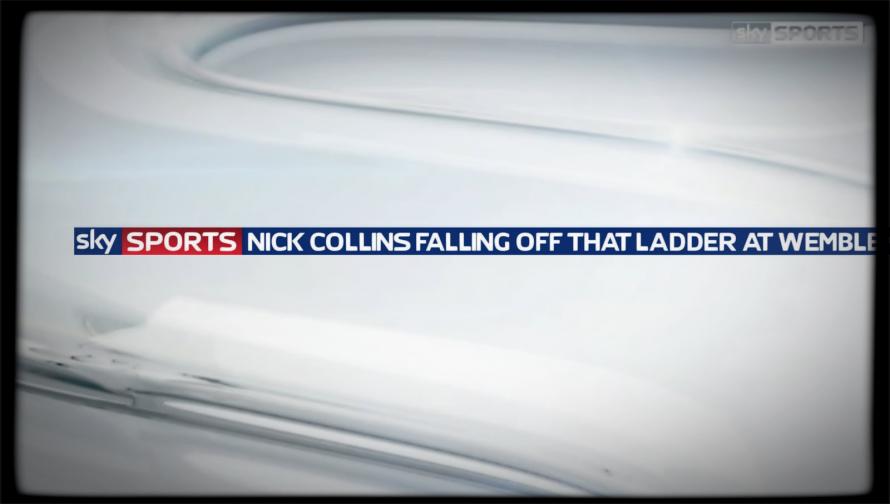 True comedy at your fingertips

No messing about here: this is a channel dedicated purely to that day when Nick Collins fell off a ladder while giving some early team news ahead of England v Scotland in 2013.

Jim White will front the channel, boasting exclusive interviews with the ladder itself, plus a behind-the-scenes documentary charting the events leading up to Nick Collins falling off the ladder. 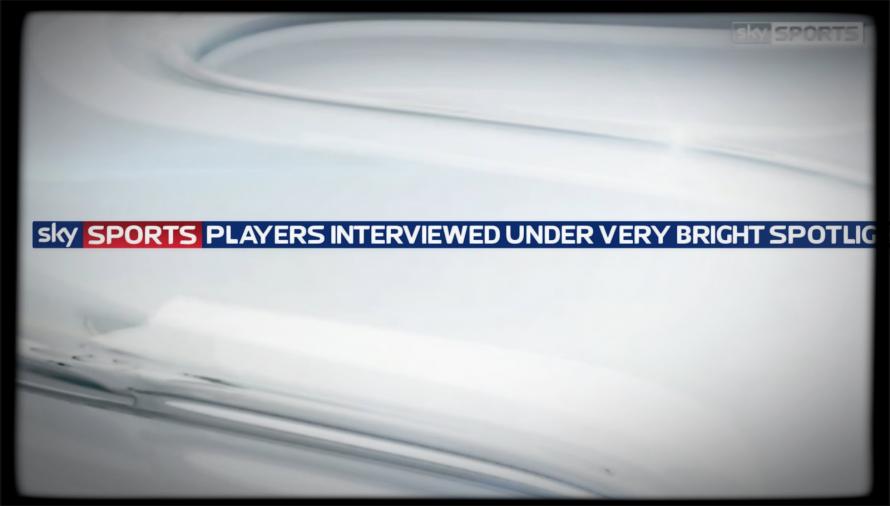 Geoff Shreeves' family will love this one

A new home for all of Geoff Shreeves’ CIA-style pre-match interrogations of players and managers, who will be probed for answers to questions such as “Three at the back last weekend: what was the thinking there?” and “just how good can [insert wonderkid here] become?” 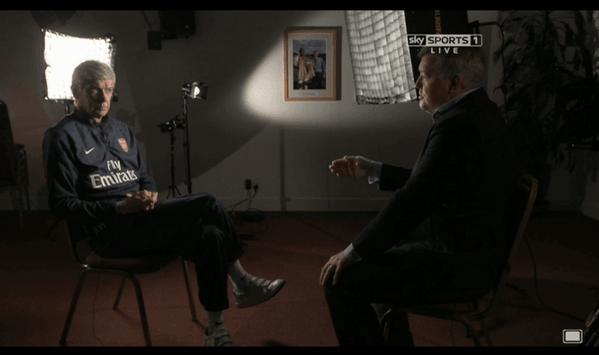 The channels is likely to be quietly scrapped in early 2018 because of its growing carbon footprint. 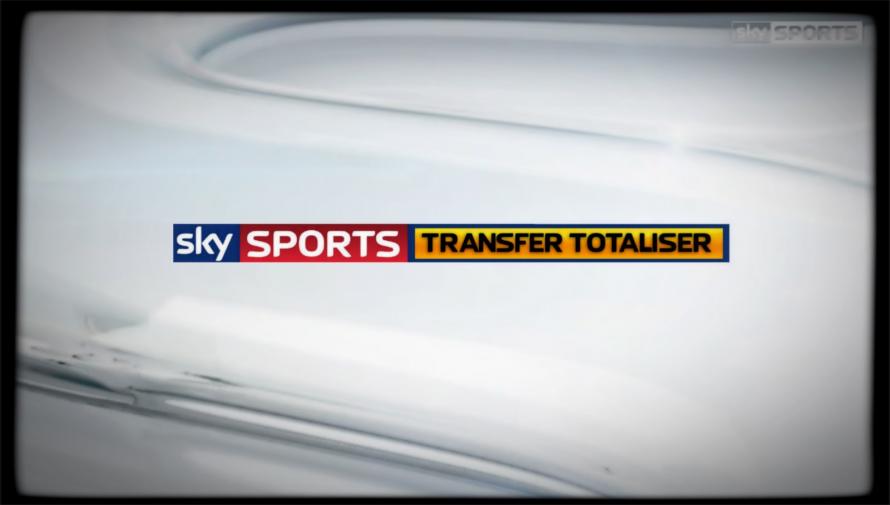 In this transfer obsessed world, this would go down a treat

Dharmesh Sheth and Bryan Swanson will provide 24-hour confirmation of the total Premier League transfer spend. Even when the window slams shut at the end of August and January, they will continue to provide updates to the Transfer Totaliser if and when players activate any appearance-based add-ons. Under the terms of their contract, Sheth will cover Mondays, Wednesdays and Fridays, and they will rotate weekend shifts.