Football
News
The Turks will kick the tournament off against Italy on June 11
Elliott Bretland
10:00, 27 Apr 2021

Nearly two decades after shocking the globe to finish third at the 2002 World Cup, Turkey will be hoping to repeat the feat at Euro 2020. They managed to reach the semi-finals again in the 2008 tournament but for a country with a population of 80million which is mad about football, their international pedigree hasn’t been too impressive, barring those two bronze place finishes.

When they kick off this summer’s competition against Italy in Group A where they will also face Wales and Switzerland, they will be lining up for only their fourth tournament this century. However, there is reason for optimism this June and July.

They reached Euro 2020 after finishing only two points behind France, beating Les Bleus 2-0 in Konya in the summer of 2019 and losing just once, away in Iceland. In World Cup qualifying, they are top of Group G, above Holland who they beat 4-2 in Istanbul in late March before winning 3-0 in Norway three days later.

Back in Japan and Korea 19 years ago, the team was packed with characters and quality. There was Hasan Sas, the Galatasaray forward, who was named in the World Cup Team of the Tournament. In goal, stood the imposing figure of Rustu Recber, who had long dark hair and anti-glare war paint under his eyes (it was reportedly used to help keep the sun out of his eyes but would have helped strike fear into plenty of attackers baring down on goal as well). He was rated by Pele, too, who selected him for his FIFA 100, a list of the best players on the planet. 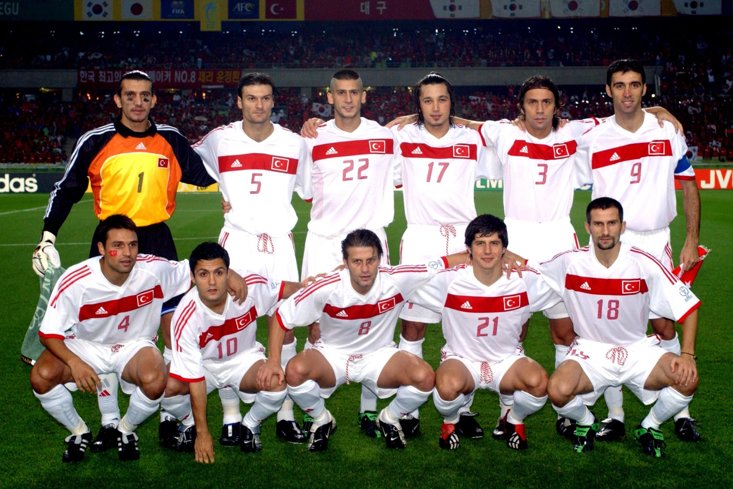 Then there was goal hero Hakan Sukur, the captain who would later play for Blackburn, young Inter midfielder Emre Belozoglu, Leicester man Muzzy Izzet and Nihat Kahveci who later helped Real Sociedad to the Champions League. Alpay Ozalan was at Aston Villa while Tugay Kerimoglu was spraying passes everywhere for Blackburn and Yildiray Basturk was fresh from helping Bayern Leverkusen reaching the European Cup final against Real Madrid that year. This was a side packed with talent.

Finishing second behind Brazil and Ronaldo (boasting that iconic fringe) in Group C, they dispatched host nation Japan in the last 16. Ilhan Minsaz then netted a golden goal to get past Senegal, victors over defending champions France in the opening game, to reach the last four were they were met Brazil again, who won 1-0 and went onto beat Germany in the final. The Turks finished a storied campaign in fine style though, beating the other host nation, South Korea 3-2 in the third-placed play-off.

Six years later, they impressed again at Euro 2008, suffering semi-final heartbreak again, conceding a 90th minute Philipp Lahm strike to lose 3-2. They then had to wait another eight years before going out in the group stage at Euro 2016, trailing Spain and Croatia and failing to be one of the four best third-placed sides after managing a solitary win over the Czech Republic.

While they boasted plenty of names at the World Cup, current boss Senol Gunes has several highly-rated youngsters to call upon this time around. It feels like this new generation of players could really go places. 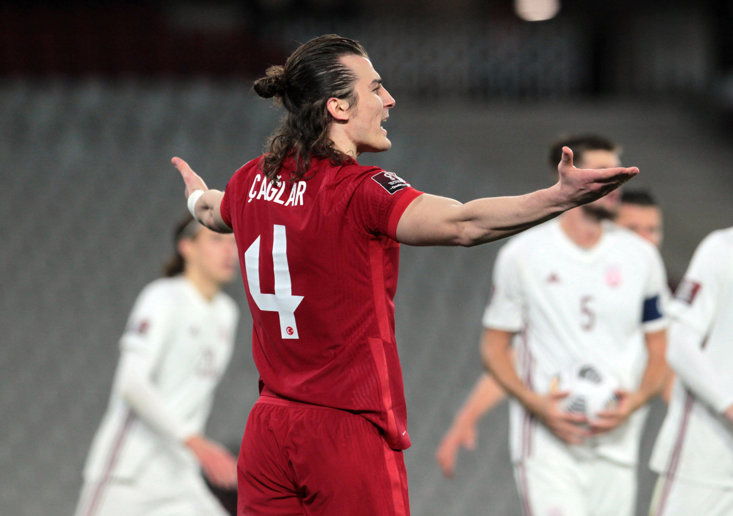 Ugurcan Cakir, the Trabzonspor stopper linked with Liverpool and Borussia Dortmund, is the man between the sticks while in defence, Leicester centre-back Caglar Soyuncu was joined in the last squad with Reds loanee Ozan Kabak. At 24 and 21, respectively, the duo could build a formidable partnership. Right-back Zeki Celik is also highly-rated, currently helping Lille at the top of the Ligue 1 table and being linked with Tottenham, Everton, Sevilla and Roma in the process.

Further up the field, Hakan Calhanoglu is the star man and plays his club football for Milan. Turkey’s playmaker is supported by Okay Yokuslu, who has helped West Brom improve since signing in January, and the dangerous Yusuf Yazici, another with Lille. A lot is also expected of Orkun Kocku, the 20-year-old Feyenoord midfielder who has interested Arsenal since last summer. Cengiz Under, currently on loan at Leicester, is useful outwide.

Then upfront, Burak Yilmaz may be 35 but he fired in the winner for Lille in their comeback victory over Lyon this weekend and is his country’s skipper having scored 28 goals in 66 international games. Everton striker Cenk Tosun will miss the tournament after injuring his knee on loan at Turkish giants Besiktas.

While Yilmaz is the wise old head in attack, this is a youthful Turkey team with plenty of legs, ingenuity, guile and talent. They might not wow and go as far as the class of 2002 this time around, but they could certainly be dark horses.

Check out our other Group A previews: Italy, Wales and Switzerland