It might sound unfair to tag Switzerland as also-rans but we’re struggling to find a better description really. Yes, when it comes to international tournaments, they might get out of their group, they may also match one of the big boys over the 90 minutes.

The Swiss have competed at eight World Cups, three times this century and reached they made it to the quarter-finals in 1934, 1938 and 1954. However, their Euros record is rather poor considering some of the talent they have produced through the years. Switzerland’s first time in the tournament was in 1996 when England welcomed the continent to these shores. They drew with the hosts in the opening fixture but lost to Holland and Scotland.

Eight years later, they again drew England and again finished bottom with a single point. They were destroyed by teenager Wayne Rooney and went down to a Thierry Henry brace against France.

They hosted the tournament with Austria in 2008 and, though they finally got a victory over Portugal in their third match, it was too late and they again, you guessed it, finished bottom of their group.

They can beat anyone on their day and got the better of eventual winners Spain at the 2010 World Cup with a battling display, former Manchester City midfielder Gelson Fernandes getting the only goal of the game.

However, while they failed to qualify for the 2012 competition, they finally made progress in Euro 2016, reaching the last 16 after getting out of Group A with France ahead of Romania and Albania. They met Poland in the first knockout stage of the tournament, a game that was winnable, but lost 5-4 on penalties after playing out a 1-1 draw in normal time. 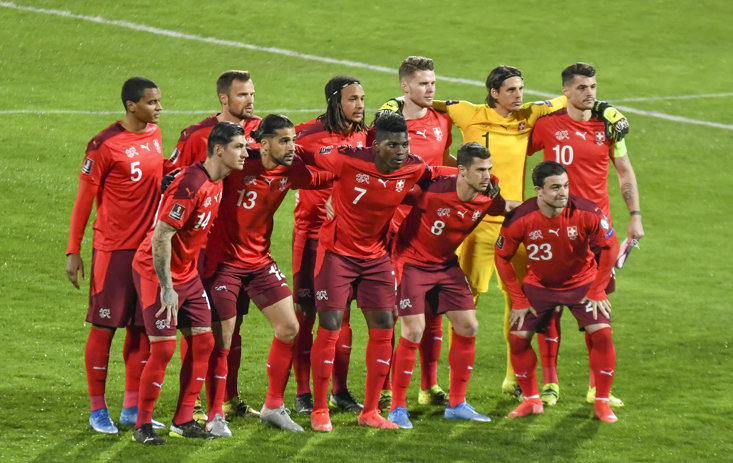 Now, here we are, and the Swiss are in a group with Italy, Turkey and Wales at Euro 2020. So, could they match their record or perhaps even go one better?

Well, they did top their group to get here, finishing a point above Denmark and four clear of the Republic of Ireland while during the last international break they defeated Bulgaria and Lithuania in World Cup qualifying to start the campaign unbeaten before beating Finland in a friendly.

Vladimir Petkovic, who was born in Yugoslavia, has been in charge of Switzerland since 2014 and boasts a 53 percent win rate having previously managed Young Boys and FC Sion in the Swiss Super League before a stint with Lazio where he won the Coppa Italia.

On the pitch, Xherdan Shaqiri is perhaps the nation’s most talented player though has struggled for game-time with Liverpool and so may not play at the peak of his powers this summer while Granit Xhaka has endured his own struggles at Arsenal. At 29 and 28, they were the most-capped players in the last squad. The talented generation of Swiss players are now edging closer to the 30. Ricardo Rodriguez, Remo Freuler and Steven Zuber will all be into their thirties when they next Euros come around while frontmen Haris Seferovic and Admir Mehmedi will be in the same boat.

Breel Embolo, who impressed as a youngster at Euro 2016, is now 24 and has scored five goals in 28 games for Borussia Monchengladbach this season. Goalkeeper Yann Sommer also plays for Die Fohlen in the Bundesliga and is perhaps at the peak of his powers now aged 32.

It is in defence where the Swiss are best stocked with Nico Elvedi, another Monchengladbach player, impressing alongside Dortmund defender Manuel Akanji while Basel’s 23-year-old centre-back Eray Comert, who is interesting Arsenal and Everton, also named in the last squad.

There is definitely talent in this team though Switzerland’s main men aren’t getting any younger. It feels this squad may be going through a transition. Sure, they have enough quality to get through the group but will they get beyond the last 16? We doubt it.

Check out our other Group A previews: Italy, Wales and Turkey