Football
News
The Genoa attacker has been one of Europe's most consistent recent stars
Kris Voakes
10:00, 12 May 2021

For much of the last 20 years, Goran Pandev has been one of the great unsung heroes of European football. A Champions League winner with Inter in 2010, a stalwart of the Italian game, a dependable, durable attacker and captain of his country, the 37-year-old has added many highlights to his CV that countless more celebrated players would crave.

But one thing that has been missing from his career thus far is the chance to represent North Macedonia at a major international tournament, and with his nation’s qualification for this summer’s Euro 2020 finals comes Pandev’s very first opportunity to play for his country on the biggest of stages.

Their path to the Euros summed up Pandev’s importance to their cause, the Genoa star flicking home the only goal in November’s play-off final against Georgia to seal their place in a first ever major tournament. It was due reward for a country who have been a consistent irritant to bigger, more established opponents for a period of many years now, and nobody deserved to be the matchwinner more than their captain, record appearance holder and top goalscorer.

Leeds United’s Macedonian star Ezgjan Alioski told Fifa.com of Pandev: “I look at him sometimes and think, ‘This guy is 37. It’s incredible. Imagine if he was 10 years younger – he could win the Ballon d’Or.’ He’s an amazing player.

“And it’s not just his quality and his experience – he’s also a very good person. You wouldn’t know from the way he behaves around us that he’s won the Champions League and done all these other amazing things in his career. He doesn’t behave like a star at all and, if you have any issue or problem, he’s always there for you.

“A new generation has come through, but there won’t be a legend like Pandev in this generation. He’s given so much to the country and the team and is someone we all look up to. It’s great that he’s getting to a big tournament after all those years of trying so hard.” 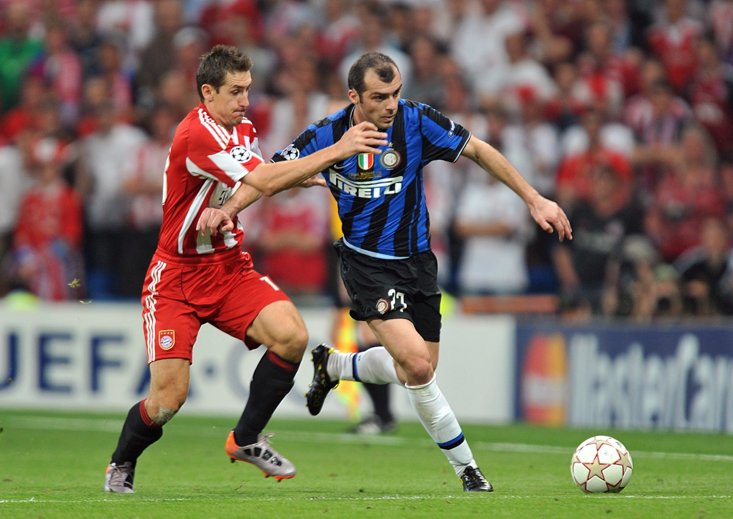 PANDEV IN ACTION IN THE 2010 CHAMPIONS LEAGUE FINAL FOR INTER

Pandev making a huge difference to a side gunning for glory is nothing new. He was a key member of the Lazio side which underwent a big rebuild in the mid-2000s, partnering with Tommaso Rocchi to form a formidable strike force as the Biancocelesti punched above their weight in Serie A and on the continent.

After being snapped up by Jose Mourinho at Inter in January 2010 he then became a vital cog in their treble-winning machine, selflessly fulfilling a role on the right-hand side of a front three featuring Diego Milito and Samuel Eto’o. He would often be overlooked when it came to plaudits, but the work that Pandev did to cover ground in the opposition half would often open the way for Milito and Eto’o to grab the goals which ultimately fired Inter to glory on three fronts.

He then twice won the Coppa Italia with Napoli before settling down with Genoa after a brief spell with Galatasaray, and has continued to show his worth as a workhorse attacker at the Marassi even into his late 30s.

The chance to shine on the international stage had always been denied him though, despite his excellence at club level. That was until the advent of the UEFA Nations League, through which North Macedonia qualified for the Euro 2020 play-offs thanks to their success in Group D4, which they topped ahead of Armenia, Gibraltar and Liechtenstein.

A home win in the play-off semi-finals against Kosovo in October teed up North Macedonia for Pandev’s big moment in Tbilisi, and now the veteran finally gets his shot at a big event after a 20-year international career yielding 117 caps and 37 goals. He has wavered on retirement talk over the past 18 months, but it seems certain now that the Euros will be his final act as a professional, and nobody could possibly doubt that Pandev has deserved his shot on the major scene.

While his nation will be rank outsiders in Group C up against Austria, Ukraine and the Netherlands, Pandev and North Macedonia have caused a few upsets before. Twice in recent history they have drawn against England away from home, while their 2-1 win away to Germany in World Cup qualifying in March of this year was further proof that they are well placed to put some noses out of joint.

After a marvellous career which has gained little of the widespread acclaim it deserves, a North Macedonia win in a major tournament would be a worthy way for Goran Pandev to sign off.

Check out our other group C previews here: Ukraine, Austria and the Netherlands